A Shelter and a Refuge in Tigray 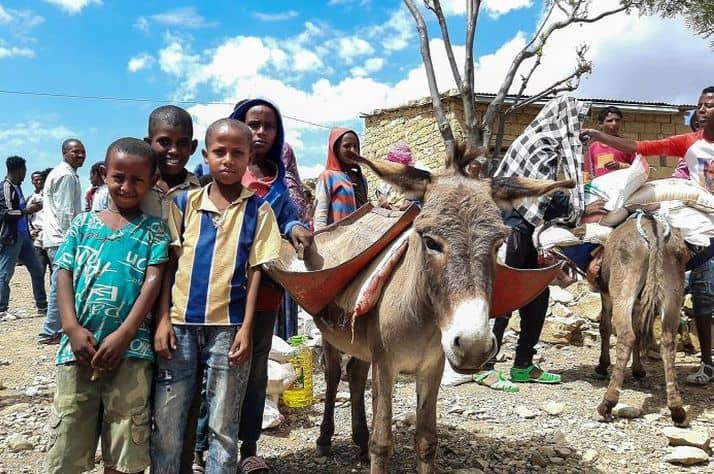 When Maaza* heard the violence would reach her village there was no time to think or plan. She fled more than 160 miles with her two children, finding shelter along the way in churches and schools. 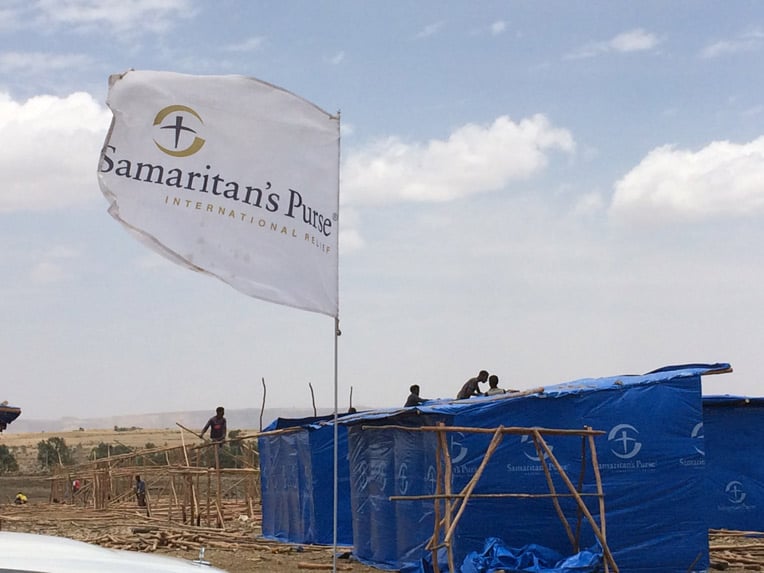 Samaritan’s Purse is providing hundreds of shelters to families who’ve been living in schools or outside for many weeks.

It’s been several months since she arrived in northwestern Tigray, a region in the northernmost area of Ethiopia where hundreds of thousands of people have fled for safety since last November due to ongoing armed conflict. Maaza and her children are still sharing the hallway of a school building with many other families who are also awaiting resolution to the months-long crisis that continues to unfold.

“I have been here for three months, sleeping in the corridor of the building,” Maaza said. More than 470,000 people have travelled to the area seeking refuge, and many have been living in one of a dozen local school buildings.

About a thousand more people continue to arrive in the area each day.

Congested public housing often proves dangerous for vulnerable individuals: the elderly, women, children, and those with special needs. Cases of sexual harassment and abuse can become more common as populations increase and oversight decreases. As more people crowd into these schools and other public buildings, the need grows for more individual emergency shelters. 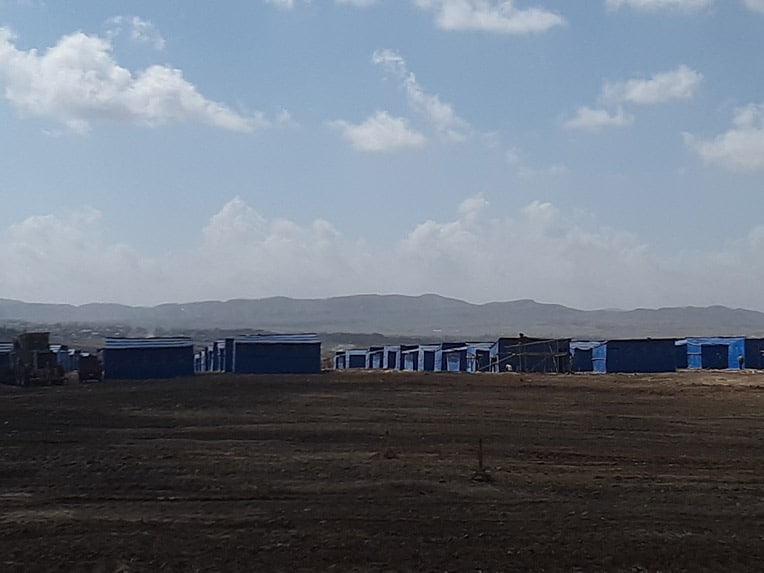 So far we have constructed more than 700 shelters–providing many families protection from the elements and other threats.

Samaritan’s Purse staff has been working hard in recent weeks to construct hundreds of shelters for these desperate families.

Samaritan’s Purse Canada has deployed 15 members of the Canadian Disaster Assistance Response Team (DART) to serve in this response.

“Having a place to call your own can have a significant impact on families and even on a child‘s ability to learn,” said Eric Weaver, the Technical Advisor for shelter programs at Samaritan’s Purse. “Being able to have a secure place where you can run to or congregate is crucial emotionally and psychologically.”

In the past month, Samaritan’s Purse staff designed a basic emergency shelter that can largely be built from local materials. After securing a site, teams started construction in a nearby city. Since construction began in early April, Samaritan’s Purse shelter teams have built over 700 emergency shelters. Soon hundreds of families will begin moving into these shelters and finally have private spaces of their own.

“These shelters will give families a sense of home—a place they can call their own, a place to store their stuff—all those things create stability,” Weaver said. “This leads to an opportunity to revive hope and rebuild.” 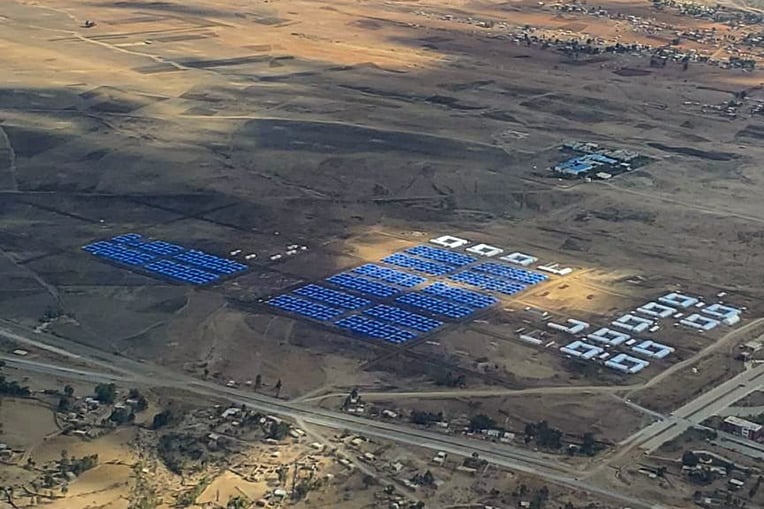 The hundreds of shelters provided by Samaritan’s Purse provide stability and a semblance of home for hurting families displaced by violence.

In Ethiopia, it is customary for people to share meals and even their homes with others. Sometimes total strangers are invited inside to eat and stay the night. It’s a culture of sharing. Neighbors’ lives are intertwined and they often take responsibility for others, even each other’s children: feeding them, teaching them, and looking out for them.

“What is interesting about this crisis is whole villages have been displaced together,” Weaver said. “As they start being relocated into camps, our hope is that they can re-establish home with their neighbors, reclaiming their village culture and their connectivity, which will rebuild that larger family atmosphere.”

In other areas where shelter work hasn’t started, Samaritan’s Purse staff continue to coordinate with the local government and other disaster relief partners to select a site for shelter construction.

Please pray for our teams and for the many displaced communities. Pray that these hurting people will remain unified and continue to support each other while they are far from home. Pray also that God will continue to give them strength and the hope to persevere.