A new generation of evangelists

In the last four years, more than 4.6 million children in 88 countries have enrolled in The Greatest Journey, the discipleship program developed by Samaritan's Purse for shoebox recipients. More than 2.1 million of them made decisions for Christ, and 2.2 million committed to share their faith.

When 13-year-old Christopher of received his shoebox gift at a church in Kampala, Uganda, he was overwhelmed.

“It made me feel joy and feel that I’m loved,” he said.

He already considered himself a Christian, and the gift handed to him by an Operation Christmas Child ministry partner helped him to understand how much Jesus loves him. 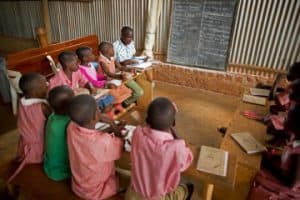 After learning what it means to truly follow Christ, Christopher wanted to pass on his faith.

Then Christopher heard that the church where he received his gift was also offering The Greatest Journey, the program developed by Samaritan’s Purse to teach children who have received shoeboxes to faithfully follow Jesus and how to pass on their faith.

For 12 weeks, Christopher eagerly studied the Bible lessons with his teacher, and in the process, he discovered the power of the Gospel.

Through Jesus’ command, “I understood the responsibility I have as a Christian to share my faith with people around me,” Christopher said.

This understanding led to action. After graduating from The Greatest Journey, Christopher sought to share what he had learned with others. On Saturday evenings he now gathers a group of neighborhood children for a time of prayer and discipleship.

Christopher also shares his faith with classmates as well as teachers at his school. 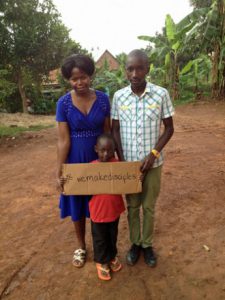 Sarah passed on her faith to Christopher, who is passing it on to Solomon.

“They call him Pastor,” said Sarah Babirye Metesi, his teacher from The Greatest Journey. “Everybody knows him. He is ever preaching the Gospel.”

One young boy, Solomon, experienced this one day when it was raining hard in Kampala. Christopher took the time to clean Solomon’s sandals.

“From that day he started to listen to my word,” Christopher said. “He started to make me his friend and by that I also teach him the Word of God. Now he loves God.”

Christopher sees the Great Commission as a charge. Although he is a soft-spoken person, he exudes a quiet confidence, speaking the Word of God with authority. With this much assurance in his calling at the age of 13, there is no limit to how God will use him.

Christopher is just one example of how The Greatest Journey disciples children to become agents of change in their communities.

“The Greatest Journey is the real deal, because it gets to train and disciple the children that have received the shoeboxes on how to live and how to love God and also to become disciples,” said Robert Sebunya Mpagi, a pastor in Christopher’s area. When I see (Operation Christmas Child) distributions and shoeboxes coming into countries like Uganda, it’s more than a box. It’s church planting.”