A small facility in Colombia is providing medical care and other services to Venezuelans while keeping the Gospel at the forefront of conversations.

Just over the border from Venezuela, in Cucuta, Colombia, hundreds of desperate men, women, and children come to the Center of Hope each week to find physical and spiritual relief. 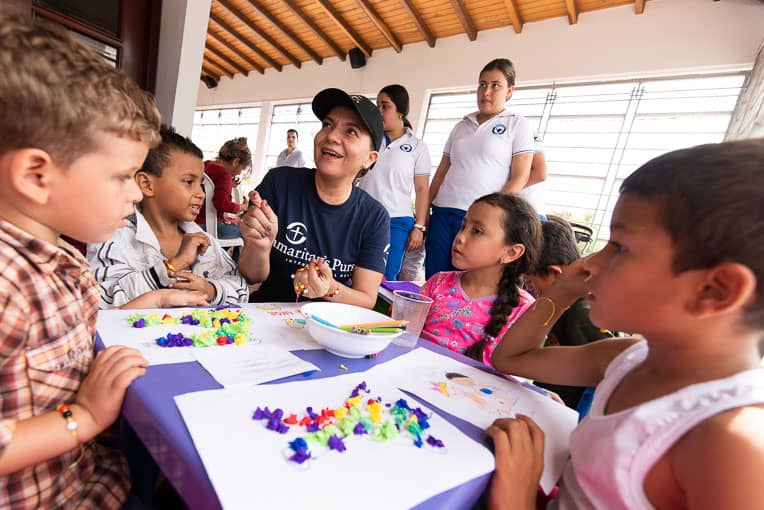 Samaritan’s urse is partnering with a local church in Cucuta to minister to Venezuelan migrants of all ages.

Some of these Venezuelan migrants have moved to Cucuta, some are passing through, and some will travel back to their home country in the evening. They all share this in common: a failing economy has put their once-wealthy nation in a painful place. People are struggling to feed themselves, and the healthcare system is no longer able to meet even basic needs. They feel they have nothing left in Venezuela and must seek out relief somewhere else.

At the Center of Hope, a partnership between Samaritan’s Purse and a local Colombian church, they find a variety of services.

“People come and get spiritual help, regardless of background. They hear about God. They get psychological help, medical help, legal help,” said Jairo Antonio Garzon Lopez, the center’s coordinator.

Between June and December 2018, nearly 13,000 people (the vast majority of them Venezuelan migrants) were guests at the center, with the numbers climbing as the new year began. A concern for people’s souls is integrated into all the center’s services, and the Gospel of Jesus Christ is being clearly presented. Close to 3,000 people have surrendered their lives to the Lord, and an additional 1,300 people rededicated their lives to Him.

Fleeing a Country in Collapse

Many of those who come to the center are seeking medical care for their children. Orangeles, 21, came seeking diapers and medicine for her 1-year-old son’s rash. She left Venezuela “because it was unbearable” and moved to Cucuta, where she now works as a beautician and sleeps on a mattress in a cleaned-up storage room. It’s not easy, but she resolved, “I’m going to Colombia and am going to stay no matter what.” 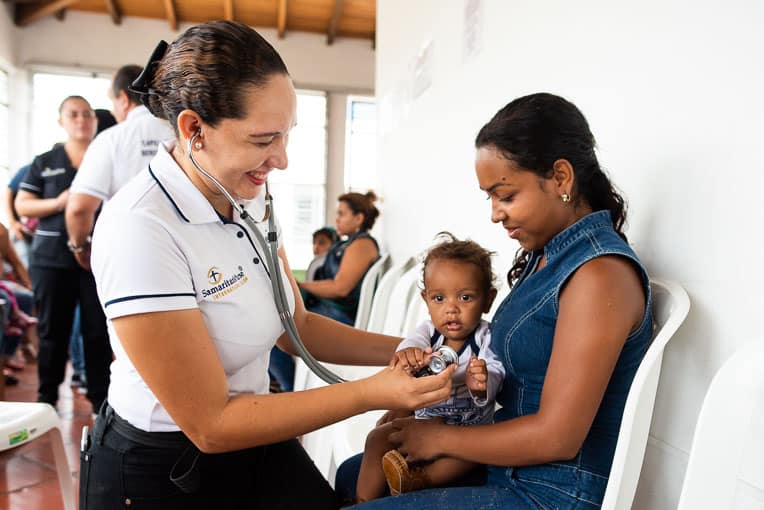 Nurse/chaplain Liyineth Espejo works with Orangeles and her son at the Center of Hope in Cucuta, Colombia.

She found the Center of Hope to be different from other places she’s gone for help. “There’s a peace and harmony that you feel,” she said. “In other [places], people talk back to you and are rude. Here they are kind.”

In addition to help for her son, Orangeles found personal spiritual renewal at the center. As staff talked with her about the Gospel, she rededicated her life to Jesus Christ. After years of prodigal living, she now wants to begin walking in faith.

Genesis, a teen mother from the Venezuelan border town of Urena, brought her 4-month-old son to the center, seeking both legal and medical services for the family. She didn’t have a single diaper left for her child the day they came in, and he also had a cough and fever. Diapers and even basic medicines to reduce fever are too costly for most people in Venezuela these days. 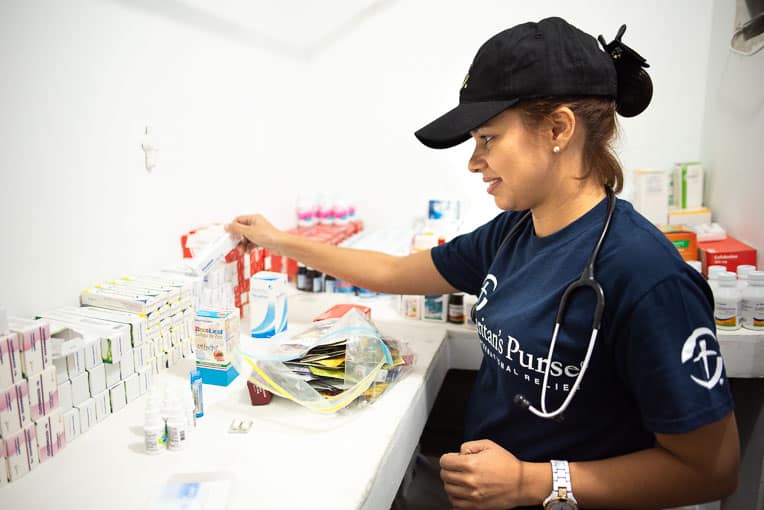 Dr. Maria De Los Angeles Sarmiento is able to share the Word and practice medicine in her work with Venezuelan migrants.

Two years ago, Genesis, her brother, and their father moved from Caracas, the capital of Venezuela, to Urena, which borders Colombia. “The benefit of living in Urena is that you can find things even though they’re expensive or can cross the border,” Genesis said. “In Caracas, it’s a whole different story. They struggle to find food.”

Even in Urena, though, the hospitals are in crisis. When Genesis went into labor in the middle of the night last year, a neighbor drove her from hospital to hospital. They told her there were no doctors to help. Eventually, as her labor quickened, Genesis ended up at a fire station. They took her by truck over the border into Cucuta to give birth!

Maria De Los Angeles Sarmiento, a Colombian doctor, works at the Center of Hope and is astounded by Venezuela’s collapse. She’s deeply concerned that there seems to be no sense of emergency, despite a rise in hunger and epidemic disease.

Doing what she can, she’s found her passion serving those in need in Jesus’ Name. “I can put together helping people and bringing the Word to them.”

Miguel Lopez, a chaplain at the center, also shares that desire. “When I pray for people I see their faces after and that gives me the most satisfaction,” he said. “Through their eyes I see they find the peace and strength to keep going.”

Please pray for the center’s staff as the needs—both physical and spiritual—expressed by guests can seem overwhelming at times. Also keep the people of Venezuela, both those who’ve stayed and those who’ve left, in your prayers. An estimated 3 million Venezuelans have left the country since 2014. 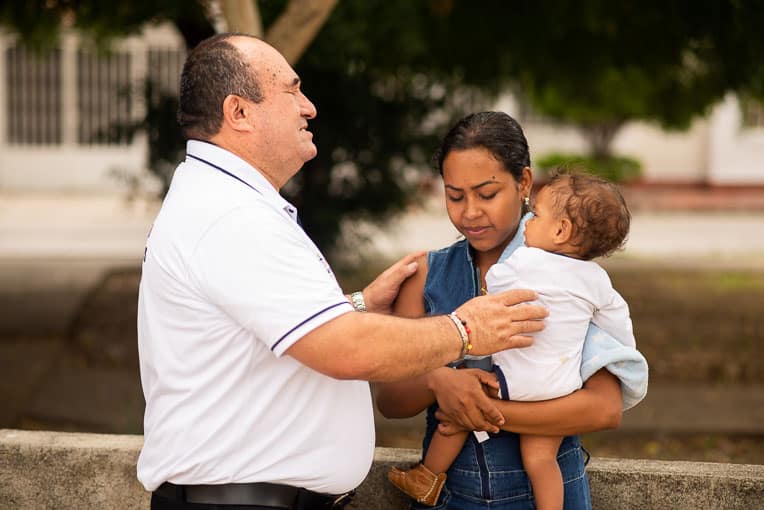 Samaritan's Purse is ready to respond at a moment’s notice whenever and wherever disaster strikes. We specialize in meeting critical needs for victims of conflict, natural disaster, famine, and epidemics throughout the world, often working through local ministry partners to do so. We provide emergency food, water, shelter, medical care, and other assistance in the Name of Jesus Christ.
Top Stories
You Can Still Pack Shoeboxes Online!
Work Finishes on Prince Edward Island
Cattle Farming Offers Income for Impoverished Families
Emergency Relief Supplies Distributed After Deadly Flooding in Pakistan
Handcrafted Peg Dolls Reach Hearts for Christ
© Copyright 2022 Samaritan's Purse Canada. All rights reserved.