'They were never alone' 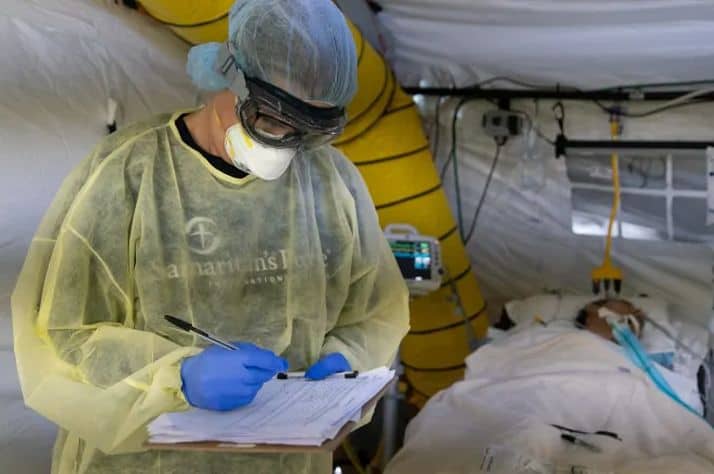 International charity workers are breathing a sigh of relief as they pack up a field hospital in one of Italy’s hardest hit regions — and head home as honorary citizens of the coronavirus-battered city.

“I would definitely say it was a war,” says Bev Kauffeldt, the Canadian team leader for Samaritan’s Purse, an evangelical humanitarian organization that sent doctors, nurses and other medical staff to fight the pandemic in Cremona, in northern Italy’s Lombardy region.

Since March, the group, which has several Canadian members, has treated an overflow of nearly 300 patients from the city’s local hospital, where most other medical services were suspended due to the strain the coronavirus has put on the facility.

“I think more than liberators, we just came to, again, support and just bring some sort of hope,” said Kauffedlt, who now lives in the U.S. “We did lose 25 patients, but they never were alone.”

Kauffeldt has worked on the front lines of the Ebola crisis in Congo, and in the Bahamas after Hurricane Dorian. She spoke with As It Happens host Carol Off about what she witnessed in Italy. Here is part of their conversation.

Bev, after all you have been through, what is it like to be packing up your field hospital?

I think there’s a sense of satisfaction and relief. Satisfaction that we came with a mission to support … the Cremona Hospital, and we were able to do that. And the satisfaction of knowing that the disease here in Italy at least is going down.

We should point out that Italy, my gosh, [has] more than 30,000 fatalities from the coronavirus. And where you are in Cremona, it’s the heart of Lombardy, one of the hardest hit parts of Europe. At what point did you realize that, OK, you’d weathered the storm and now you could go home?

About … 10 days, two weeks ago, we had seen a significant drop in some of the numbers. The hospital, you know, was able to support the patients that they had, and we weren’t getting as many admissions from them as we had had before.

We meet with the hospital administration, the director, the doctors there every day just to kind of get a feel for how they’re doing. And they were getting to the point where they were discharging some of their patients and they’re able to reopen some of their services like … their OR [operating room] or their cardiology unit, because they had patients in every crook … of their hospital for the past almost two months, since … mid-March. 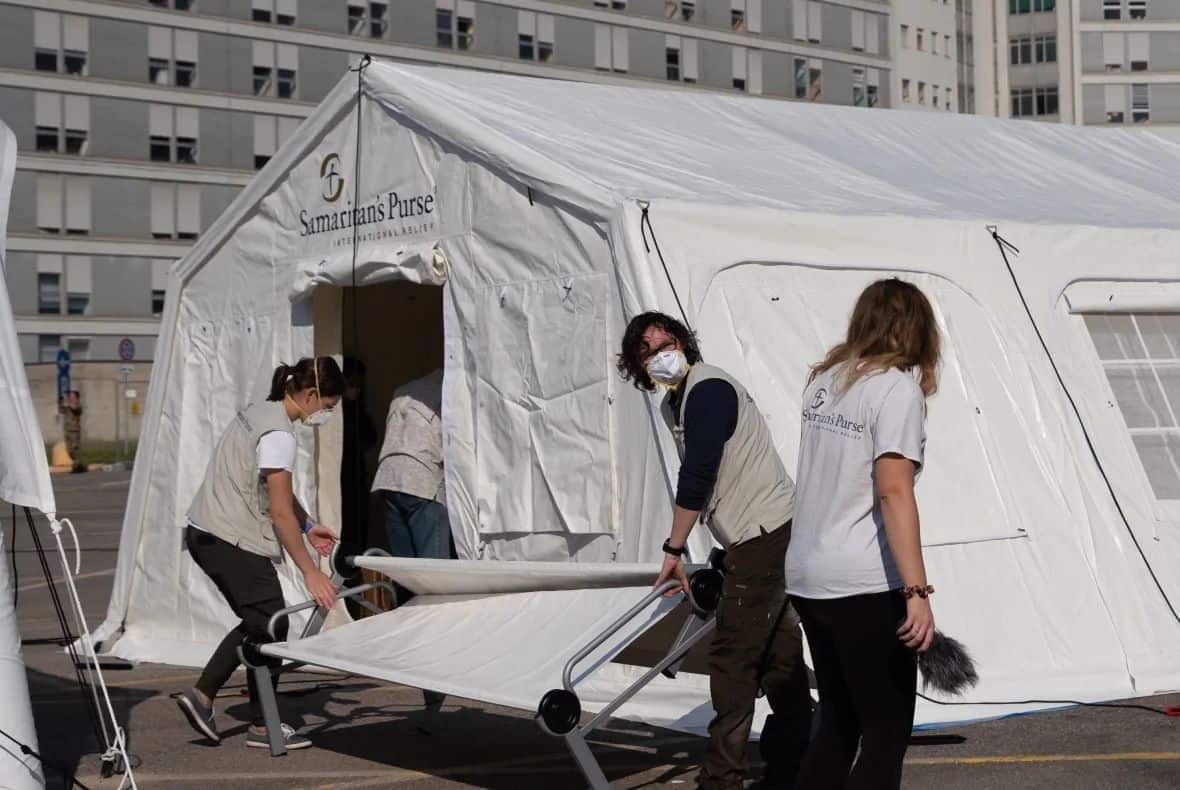 Bev Kauffeldt, the Canadian team leader for Samaritan’s Purse, works at the field hospital in Cremona. She says what she’ll remember most is the love and acceptance that Italians showed her and her colleagues.

What are you going to remember most about what it was like when your field hospital was running at full capacity?

I’ll remember two main things. The incredible love and acceptance that we’ve had from the Italian people. The town of Cremona is going to be passing something and we’re all becoming honorary citizens. Just incredible love that we have felt, and our patients were just amazing, and their family members bringing us food.

And I think I’ll remember my staff, just the 24/7 care. That they, you know, loved on these people, cared for them, and the professionalism that they exhibited day in and day out, praying with patients, singing with patients.

But most importantly, being there and praying with them as they passed. We did lose 25 patients, but they never were alone.

Even those patients that survived … that’s something that they talked about over and over again — that they never felt alone. They felt so loved.

You mentioned all the other ways that the community, that the town was giving you their gratitude. And there was a cellist who arrived one day. Can you tell us that story?

There was a violinist … that played at the top of the Cremona hospital, just played some beautiful, beautiful music. And our day shift and all of us were able to participate in that. But our night shift missed it by about 15 minutes. And so one of our Italian staff felt you know, really bad.

There’s a cellist actually that’s right beside our hotel. And at night, sometimes you can hear him playing in the courtyard because, of course, he’s been on lockdown. So we got special permission for him to come and bless our night shift staff at around 9:30. He set up and played right in the middle of the wards, in the safe zone, for our staff and for our patients.

And that was just a really special moment. It was a clear night. The stars were all out. And yeah, I mean, we’re in Cremona…. It’s the home of the violin.

I understand that as he was paying his cello, there were people who were possibly losing their lives inside the tent, that that would be the last thing they’d heard.

Our night shift supervisor informed me of that. And when I was there, I didn’t even realize it, because, of course, my staff were in the ICU focusing on their patients.

You’re going to be made honorary citizens. I have to say it reminds me of those gestures in Europe when Canadian soldiers would help liberate a town in the midst of the war and then they would be honoured in that way. And it’s kind of like you were liberators in a way, weren’t you?

Well, I would definitely say it was a war. And I think, you know, just the world itself is still very much in it.

I think more than liberators, we just came to, again, support and just bring some sort of hope.

One of the Cremona hospital doctors had said that they had asked, you know, all around Europe and the EU and no one really kind of took them [seriously] because, hey, it’s Italy, it’s Lombardy. It’s a very well established district of Italy.

And I can remember sitting in Boone, North Carolina, with the vice-president of projects, making a call to some government officials in Italy and, you know, them asking for support, and us saying, “Yeah, we can come and this is what we can do.”

Within three days, we were there.

I think we surprised them. But again, just the gratefulness they have shown to us, it’s just been a real beautiful partnership.