The long journey for water 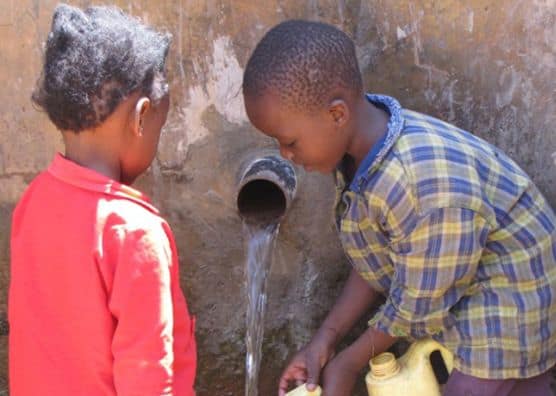 In developing countries, women and children are regularly subjected to walking miles to reach the nearest water source, which is often polluted and unclean.

December, 2016 – In Kwaala, a village neighbouring Uganda’s capital city, 23-year-old Teopista used to trek over an hour to carry home 20kg of water for her family. Samaritan’s Purse is freeing families of the effects of water poverty by building and repairing wells in communities across Africa.

Lack of clean water has been of paramount concern for Teopista and the village of Kawaala. Each family spent several hours each day collecting water from a source far away. If children weren’t missing class to fetch water, they were missing class because unsafe water had made them ill.

Parents who trekked to find clean water were unable to spend their time earning an income, trapping their family in a state of poverty. For years, the villagers struggled to stay alive and longed for the day when their children would be able to devote their full attention and time in the classroom. Their dream finally came true when Samaritan’s Purse built a freshwater well to meet their biggest need – clean water within the village.

Today, the families living in Kawaala have water that is safe for drinking. No longer are people falling ill to waterborne illnesses or being robbed of their time to invest in their future.

This translated into higher school attendance rates, healthy families and parents who are now able to work to provide for their children.

You can free families of the crippling effects of water poverty by partnering with Samaritan’s Purse to create access to clean water for communities across Africa.