The Greatest Journey transforms a village in the Philippines 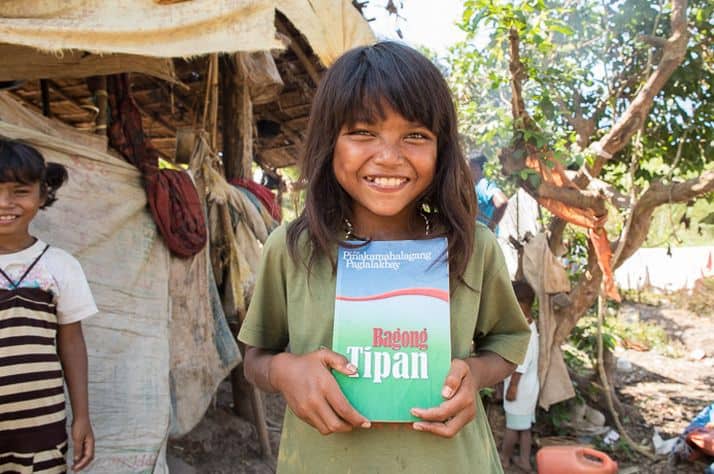 Members of an unreached people group that once followed a cult leader's false teaching are now trusting Jesus Christ.

Bibit is excited to know more about God. Because she never learned to read, she listens intently as her seventh-grade daughter Mylin reads the Bible to her. 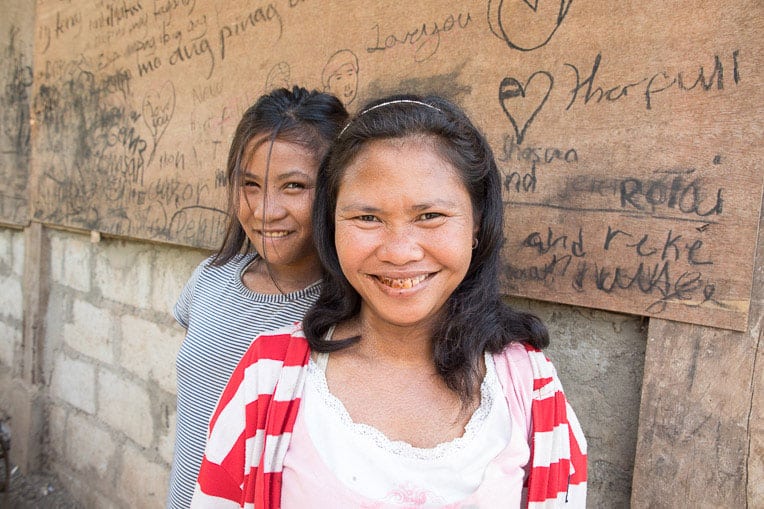 Bibit and Mylin both came to faith in Jesus Christ last year in the Philippines.

Not that long ago, Bibit would never have been interested in hearing God’s Word. But that changed when Mylin began following the Lord.

“I was surprised,” Bibit said, “when Mylin came home and told me she was a Christian.”

An evangelical church in the nearest town had committed to bringing the Gospel to Bibit’s remote village in the southern Philippines. They put together an outreach event where Mylin received an Operation Christmas Childshoebox gift.

She was then invited to attend our discipleship program. By the end of the 12 lessons in The Greatest Journey, Mylin and more than 40 children in her village had prayed to receive Jesus Christ as their Lord and Savior.

Bibit, like most everyone in her village, was involved in cultic practices brought in by a false teacher and had not heard about the Good News. She soon wanted to know more about the God who changed her daughter’s life.

The Greatest Journey Leads to Salvation

Bibit and Mylin live in a poor, out-of-the-way village of the Iraya tribe, just one of several groups that make up the Mangyan people of Mindoro island. The Iraya are considered unreached because less than 2 percent of them are Christian.

Though Mylin had never before heard the Bible stories taught during The Greatest Journey, she came to faith quickly. 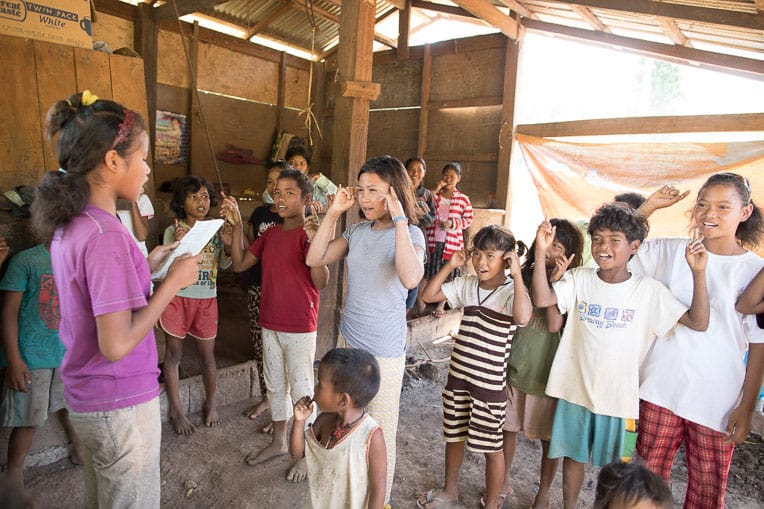 She said she used to steal and sell items from village households but stopped “because I knew it wouldn’t make Jesus happy.”

Mylin and the other children were so excited to learn more about the Bible that they wanted to continue studying after The Greatest Journey.

So, Toti Ramos, the pastor who brought Operation Christmas Child to this area, continues to come to the village every week to disciple the children and parents. His wife and other church members also help teach and encourage the village.

Through those classes, adults like Bibit were introduced to God and many became Christians.

“I accepted the Lord here,” Bibit said. “I wanted to go to heaven.”

Mother and Daughter Turn to Jesus

Mylin’s classmate Regene also came to faith during The Greatest Journey. It was her first time to study the Word of God as well, and her heart too was soon moved by the Gospel.

“Although we are sinners, Jesus receives us. He loves us,” she said.

She especially enjoyed learning about Jesus as the Great Physician. “I liked the stories of Jesus healing the sick. I have never been to a doctor—it’s very far away,” Regene explained.

Regene has eight siblings, so she works hard to help her family, doing household chores and working in the fields before school. She doesn’t let hard work or impoverished living conditions break her positive spirit—which is now rooted in Christ.

Annalin, Regene’s mother, has been changed by the new spiritual atmosphere in her village. She had prayed to receive Jesus as a child while living in another area but had stopped following God a long time ago. At her mother-in-law’s urging, she even joined the cult group that once held so much sway over the village.

But, since Annalin began attending Pastor Toti’s discipleship classes with her daughter, she says she’s grown much stronger in true faith, leaving false religion behind.

“Although we are sinners, Jesus receives us. He loves us.”

Annalin married when she was 13, has nine children, and, at age 39, is already a grandmother to six. Providing for her family has at times been difficult, but Annalin said life is easier now that she is walking with God.

“The presence of the Lord is here,” she said. “I have experienced God. I will never go back to the cult.”

God used Operation Christmas Child and The Greatest Journey to not only transform the lives of individual children and parents, but to change an entire village. Even the village chief, Laudie, is now a Christian.

“My heart became soft,” the chief said. “Jesus is the One who changes you. Jesus can heal my soul.”

Bibit explained that the Gospel has brought remarkable changes to their village. “Before [The Greatest Journey] this was a silent village. Now, the children and parents are active. They are happy,” she said. 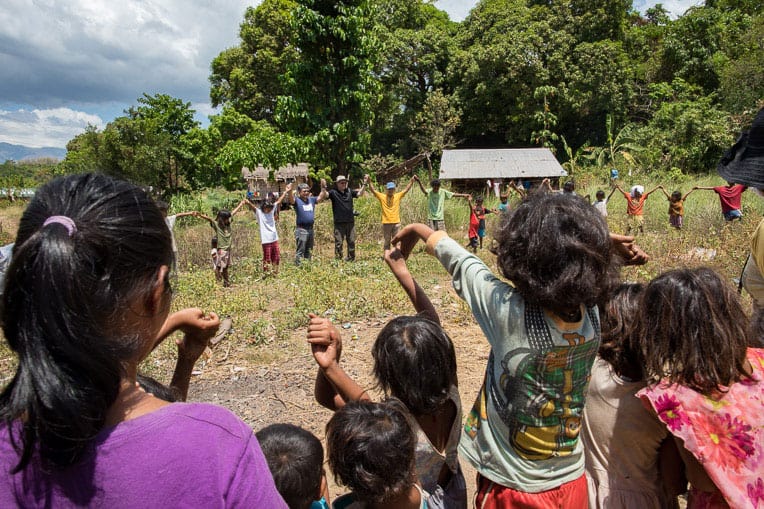 The village participated in a prayer and dedication service on the site where the church building will be constructed.

Alcoholism is less prevalent in the village. Children better obey their parents, they are kinder toward their siblings, and they behave well in school, where attendance has dramatically improved.

The weekly Sunday worship and teaching has been held outside at the village chief’s house, but with the gatherings so well-received, the village wants to construct a church building so they can meet even during bad weather.

Samaritan’s Purse is helping fund the construction, and earlier this year staff traveled to the village for a time of prayer and dedicating the building site to God.

“I am excited about a church building coming—I never thought it would happen,” Bibit said.

Please pray that God will continue to work in the hearts of children and their parents in this village. Pray that they will grow in their faith in Jesus Christ. Pray that God will use Operation Christmas Child and The Greatest Journey to spread the Gospel among unreached people groups across the world.