The gift of goats gives a family hope 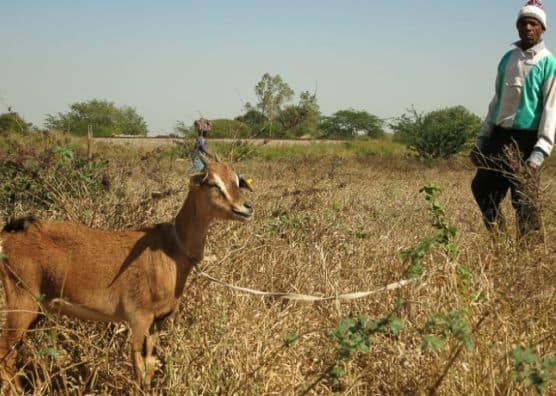 A Samaritan's Purse goat program helps a family earn money to send their children to school.

The deceptively placid waters of the Limpopo River in Gaza Province, Mozambique, meander by in silence. Along the bank, the dry, stiff sand has long since cracked from heat into a myriad of sand-shingles, appearing like the scales of a great lizard lying on the beach. Though once covered by floodwaters that wrecked the surrounding region, the far bank is now sandy and dry, leaving little hope of anything growing. 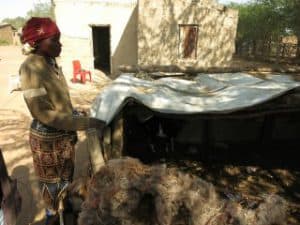 After aiding in the aftermath of the flood, Samaritan’s Purse  continued to help families like Raquel’s through a goat program.

Hopelessness is a pervasive theme in nearby ChokwÃ©, where Raquel Malamo lives with her husband and four children. They live in a modest cinderblock home. Some of their neighbors live in similar dwellings. Many still live in traditional mud huts.

The floods that ravaged this area nearly two years ago didn’t leave the Malamo family unscathed. Not only did the waters carry away Raquel’s animals-which in this culture are a family’s source of investment and financial security-but they deposited great amounts of rubbish and left the town in dire conditions.

That’s when Samaritan’s Purse arrived with help. Raquel was among the many in the community who received sanitation supplies to aid in the post-flood cleanup process. Later, food was also distributed.

“I am happy because it’s not only me that is benefiting, but the country as well,” Raquel said. 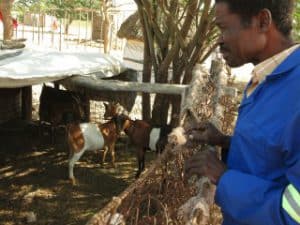 Raquel and her husband received two goats from Samaritan’s Purse.

With the materials supplied by Samaritan’s Purse, the inhabitants of ChokwÃ© were able to begin afresh in a cleaner environment.

But even though they were able to recover from the flood, the problems that had existed before the flood were still there. There are few opportunities for work here, leading to crushing poverty.

Samaritan’s Purse is helping struggling families though a livestock program that provides nutrition and income. Raquel and her husband received two goats, along with training on how to care for the animals.

This program is designed for impoverished people who are caring for their own children, orphans and vulnerable children, or elderly folk who cannot support themselves. They are given instruction and support in raising and breeding goats, with the goal of using the offspring to provide income they desperately need. 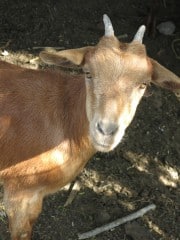 Goats provide a source of nutrition and extra income.

Now, instead of hopelessness, there is happiness.

With the money from the rearing of her goats, Raquel plans to buy school uniforms and notebooks for her children, as well as money for a taxi so they don’t have to walk the long distance to school every day.

“I have hope because I always ask God to help me,” she said.

The floodwaters may have carried away her past, but her future is now bright. And just like the other bank of the Limpopo River, which has recovered from the flood and is once again green and lush, Raquel can attest to the power of hope in the midst of  hopelessness.