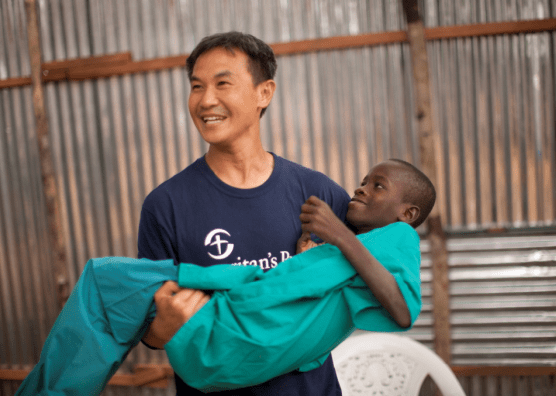 The battle, the aftermath, and where are they now. B.C. doctors and others reflect.

When news of the Ebola crisis in West Africa finally broke on the world stage in the summer of 2014, NGOs (nongovernmental organizations) had already been on the front lines for months battling the deadly disease.

Now the crisis is gone from the limelight, but those same NGOs, still faithfully working in the affected countries, are reflecting on the experience.

Although Ebola outbreaks occur every few years, the most recent was among the most severe. First diagnosis of the current outbreak occurred in March 2014 in Guinea by Médecins Sans Frontières/Doctors Without Borders (MSF), World Health Organization (WHO), and Centers for Disease Control and Prevention (CDC).

It spread to Liberia and Sierra Leone from there, and by summer was a full-blown epidemic in all three countries. By fall a thousand new cases were being reported each week.

Dr. Azaria Marthyman, a B.C.-based medical internist volunteering with Samaritan’s Purse Canada, first went to Liberia in July. He reports feeling “overwhelmed. It was an enormous, daunting task, a huge mountain that I felt we could not accomplish on our own. We did what we could.”

He and other Samaritan’s Purse medical volunteers used protocols implemented by MSF. It was a gruelling task, and “Human resources were pushed to the breaking point,” Marthyman says.

Thanks to being a presence already in Liberia for 13 years-since before the UN-imposed ceasefire in 2003-Samaritan’s Purse was able to jump in immediately. They had 400 to 500 national Liberian staff workers in the country. And they had global volunteers, like Marthyman, who responded quickly.

Not Every Doctor Can Respond

This was Marthyman’s second time with Samaritan’s Purse. The first was in 2010 for the Haiti cholera outbreak. Not every doctor can respond, he says, because of work or family restraints. But he had the blessing of his wife, children and colleagues. And he was an ideal candidate for the Ebola crisis, thanks to his specific skills in search and rescue, tropical medicine, orthopedics, emergency medicine, and trauma.

His guiding scripture is Proverbs 3:27—”Do not withhold good from those to whom it is due,” as long as it is in direct response to the leading of the Holy Spirit.

Marthyman has never doubted God’s involvement in this, or any other crisis. “I can’t answer why someone survives and someone else doesn’t, because that’s within God’s sovereignty. What I can do though is respond, and since God has touched me personally in this situation I know He’s involved, and therefore also in the lives of the people who survive and those who don’t.”

Brittany Taylor, international medical volunteer coordinator at Samaritan’s Purse, feels the same way. She remembers how frightening the Ebola situation was, “with the number of cases growing and no help on the way.” It wasn’t until two of Samaritan’s Purse’s own, Nancy Writebol and Dr. Kent Brantly, contracted Ebola in the summer that the international community took notice and started sending help.

Although the Samaritan’s Purse team was devastated by the news of their colleagues, she says in retrospect they saw “that it was necessary to prompt the international community to get involved.”

Situations like Ebola are fertile Kingdom opportunities, Marthyman believes. “Christians are becoming relevant like never before. The world has such a spiritual void and each of us has something that reflects back who God is.”

And because many Christian organizations are already at work in volatile or unstable locations, and have developed relationships and local networks, they’re in an ideal position for disaster relief. Thanks to its long presence in Liberia, Samaritan’s Purse, for example, had a network of pastors who could quickly mobilize as team leaders. The “ripple effect in education and public awareness was remarkable and so much more effective in areas where Samaritan’s Purse had been,” Marthyman says.

The doctor also said Samaritan’s Purse’s approach was the right one as the crisis worsened. Instead of “fighting fires,” they tackled it on several fronts-treating the sick, but also educating villages, providing kits and chlorine buckets for washing stations, and increasing local capacity by training nationals and creating community care centres.

One program was geared to training family members to nurse the sick at home, trying to contain the virus’ spread. “Each Ebola patient was infecting two to three others, and even reducing that to one would slow down the disease significantly,” Marthyman says.

Known for being calm under fire, Marthyman was nonetheless affected deeply by what he saw. It was so painful to witness the dehumanization. It degrades people. A person in prime health can decline within days, lying in a fetal position, surrounded by excrement and vomit,” he says. “No family around to help and console because of the contagion. The natural response to that cry for help is to hold and console, but you cant. I used my voice, but there’s a language barrier. I could hold their hand, but only through three layers of rubber gloves, which were bleached afterward to avoid germ transfer.”

The disease affects far more than its immediate victims. With schools closed for several months, education gains were interrupted. Over 16,000 children lost a primary caregiver and while most now live with extended family, UNICEF reports 3 per cent-or about 3,700 children-have been orphaned.

The health care system has been decimated and desperately needs money and resources to resurrect clinics. Of the 800 doctors and nurses who had served Liberia’s 3 million people, more than 350 died from the epidemic. Because all hospitals were turned into Ebola treatment centres, people with other conditions, such as malaria, typhoid or obstructed labour, were turned away and many died.

The economic impact as well can’t be underestimated, especially for a country that was already at a low point economically.

Recovery-and prevention of future outbreaks-can only happen, Marthyman says, if programs are put in place. “Under current conditions expect to see more of these outbreaks.”

Samaritan’s Purse will remain in Liberia and is currently discussing what recovery programs they will add to their regular programming.

One challenge in Africa is that the family cares for the body when someone dies. “It’s their way to say goodbye. Kissing and touching the body is closure,” Marthyman says. “Most don’t understand germs or why you need to refrain from touching the body. And they’re mistrustful of any government information because of corruption.”

Taylor says Samaritan’s Purse’s main goal is to “provide training and personnel for sustainability programs [and to] increase the capacity of the nationals so they can care for themselves. But it takes money.”

Governments are one source, but much more significant is the global Christian community. Marthyman knows firsthand how critical that is. “All that logistical support throughout the Ebola crisis-the masks, goggles, gloves, IV fluids, a helicopter-would not have been there without the support of Christians.”

Things seem to be changing, albeit glacially, thanks to the recent international assistance particularly in education. “The prevalence of Ebola has come down, especially in Liberia,” Marthyman says. “But we’re not at zero, and the worry is that, as the international community pulls back and redirects its efforts to other situations, these countries will be on their own, and will give the situation less vigilance than necessary.”

Ebola vaccine trials currently underway will certainly help, but Marthyman says more critical is the ability to respond and act fast. “That’s one thing we learned from this-how to respond.”