Students receive safe water (and learn to use scissors)

March, 2015—I love to lead Samaritan’s Purse Teams and be part of the bigger picture of what God is doing around the world. A recent trip to Cambodia—the first of 15 we’re sending there this year to help build Samaritan Filters for schools—was no exception. We had a fantastic trip.

When we first arrived at the school where we were going to be volunteering, we were greeted by all 400 students. To be welcomed by such a large, excited group applauding our arrival was unexpected and overwhelming for many of our team members! The next week was spent building the Samaritan Filter and interacting with the kids by day, and sleeping in the school in our mosquito tents by night. 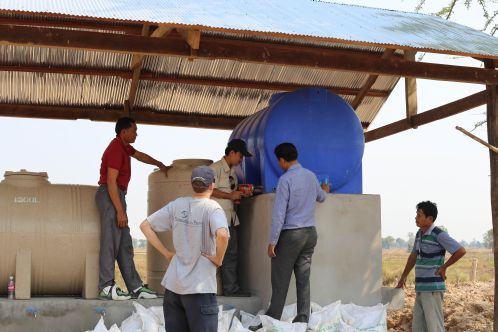 The Samaritan Filter is large enough to produce clean water for an entire school.

The Samaritan Filter  uses the same technology as the BioSand Water Filter. Contaminated water (pumped from two ponds in this school’s case)  flows through a ‘bio-layer,’ then subsequent layers of sand and gravel to become clean water that’s safe for drinking. However unlike the BioSand Water Filter, which provides enough safe water for one household’s needs, the Samaritan Filter is large enough to produce clean water for an entire school.

It’s  surprising to learn that  something which is  second-nature to us  can be  brand new to someone overseas. Washing hands, accessing safe and clean bathrooms, drinking safe water, using scissors… using scissors? Yes!

It happened when our team launched a Bible-based curriculum at a school. Each lesson included a game, Bible story, snack and craft. We discovered the kids  weren’t able to do  basic cut-out crafts because they didn’t know how to use scissors. 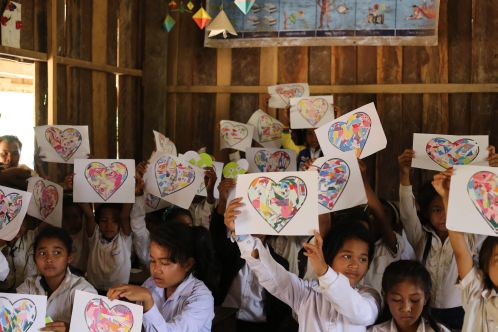 Imagine if your child never learned how to use scissors because they simply weren’t available in school or at home. Then imagine  your child never had access to safe water or a functioning bathroom.

Scissors are  a small  thing, but safe water and sanitation can be a matter of health and sickness, even life and death.

On a lighter note, the kids also didn’t know the game of Duck, Duck, Goose—commonplace on school grounds here in Canada. Our team taught it to them and they absolutely loved it! (see video above)

Please pray for the children of Cambodia. Also pray for Samaritan’s Purse, that our Water for Kids program would indeed bring safe water and more to schools across the country. 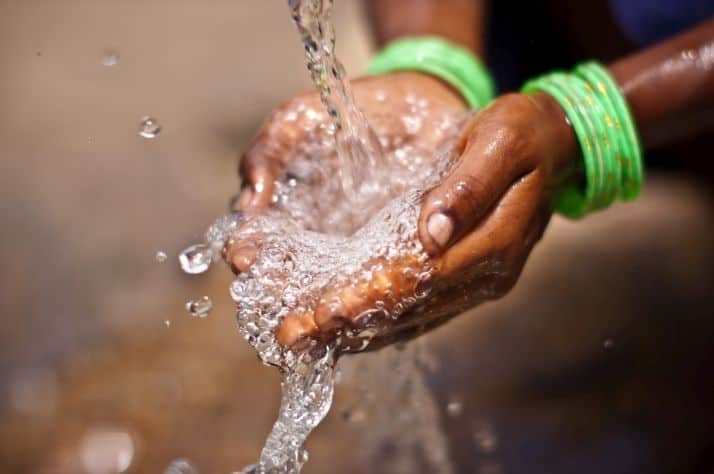 Samaritan Water Filters Many rural schools in Asia, Africa, and Latin America rely on contaminated water sources to meet students' daily needs. Thankfully, you can help change that through Samaritan Water Filters, which provide students with clean water for drinking, washing hands and faces, and even brushing teeth! These filters also have potential to help clinics care for sick patients and churches reach out to their communities.
Samaritan Water Filters - 080605
$
Donate