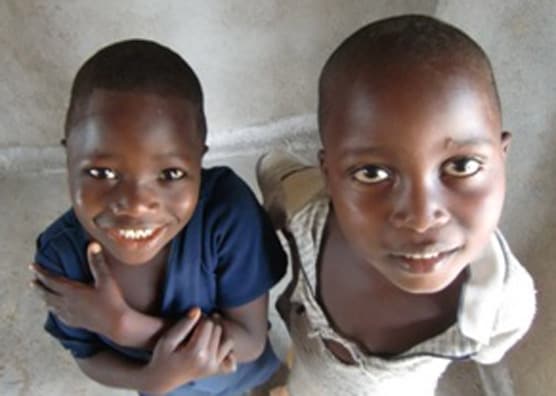 Samaritan’s Purse staffers Bev and Kendell Kauffeldt testify how communities in war-torn Liberia are being transformed by God’s faithfulness.

June, 2013—Samaritan’s Purse has been working in Bopolu City, Liberia since 2005, but progress has been tenuous. The region is characterized by witchcraft, voodoo, secret societies, and dark traditional practices.

Despite seeing families and communities transformed by our projects, long-term impact was limited due to a weak local church. After all, sustainable development (which must be based on spiritual development) can only be realized for Liberia and Bopolu through a healthy, Bible-believing and Bible-teaching church.

In response, we geared down our  other projects in the area and concentrated on training and developing pastors and church leaders. After three years, the local church began to awaken—so much so that on Nov. 9-11, 2012, the ‘Bopolu Life Festival’ took place.

Samaritan’s Purse staff led the preparation phase of the festival—the success of which was thanks to the relationships we had already established with the churches through years of project work.

Rev. Gary Ham from Rochester, New York, was asked to be the evangelist for the festival, and he brought ten more pastors who committed to help train as many local pastors and church leaders as possible. Over four days, 1,780 church pastors, leaders, and members were trained on topics including prayer and spiritual warfare, children’s ministry, developing spiritual leaders, the Holy Spirit, and evangelism.

“God must really love and care for me as a pastor because He sent you to train me way out here in the bush,” said Pastor Saah, who received the training.

The festival took place on Friday, Saturday and Sunday evenings. The soccer field in the middle of the town was chosen as the location. The colorful stage, powerful public address system and bright lights drew thousands of Liberians. Dialect and English choirs, special musicians, praise and worship set the stage for the proclamation of the Gospel each night.

The festival was a ‘spiritual encounter.’ Many things happened to clearly show that Satan was not happy about what was going on.

But even in those situations, God used what was planned for evil to bring about good. For example, on the first night, right before the Gospel was presented, it began to rain hard. The crowd started to leave. The evangelist, pastors and Samaritan’s Purse staff began to pray very forcefully, asking God to stop the rain—and as quickly as  it started, the rain  stopped. Those  who had left returned to the field and the Gospel was shared.

It is our opinion that after the training and the festival, Bopolu City and area will never be the same again. 1,780 pastors and church leaders were trained, 15,255 people attended the festival, and 974 responded to the Gospel. “To God be the glory, great things He has done.”