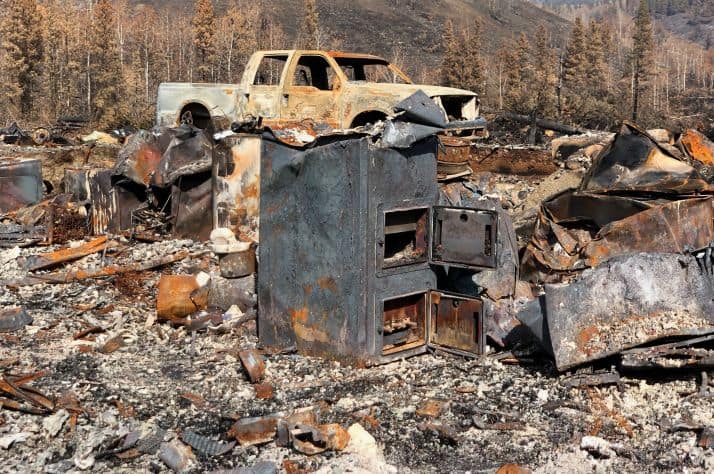 Gaylene Morris, James Henyu, and their family had lived in Telegraph Creek, BC for a year when a forest fire in early August forced them and the rest of their community to evacuate to Dease Lake, 112 kilometers to the northeast.

“The community has been very encouraged by the example Samaritan’s Purse has shown by helping so many people.”

Like many in the area, Gaylene had heard of Samaritan’s Purse but didn’t become familiar with the ministry until she, after being evacuated, started working as a volunteer cook at our Dease Lake Ministry Centre.

The Ministry Centre, 1,750 kilometers north of Vancouver, was established in 2013 as a community outreach to young people living in the area, including members of the Tahltan First Nation. Youths regularly drop in during the afternoons and early evenings to enjoy crafts and games, skateboarding, cycling, hiking, and spending time with the ministry staff.

The centre is equipped with a full commercial kitchen, and during the forest fire and evacuation period, it has served as a canteen—feeding dozens of evacuees and firefighters every day.

“The fire started the night of July 31 when there was a [thunder] storm,” Gaylene recalls. “Lightning hit behind a friend’s house a couple of kilometers down the road.”

When the firefighters arrived, they warned everyone to be ready to evacuate. James volunteered to help fight the fire, while Gaylene volunteered to start feeding everyone. But only a couple of days later, the flames and smoke had come so close to Telegraph Creek that James, Gaylene, and everyone else had to flee.

“The fire commander let us know that the fire was coming closer, so I took our children, nieces, and nephews out,” she says. “We were probably among the last 40 people to leave.” 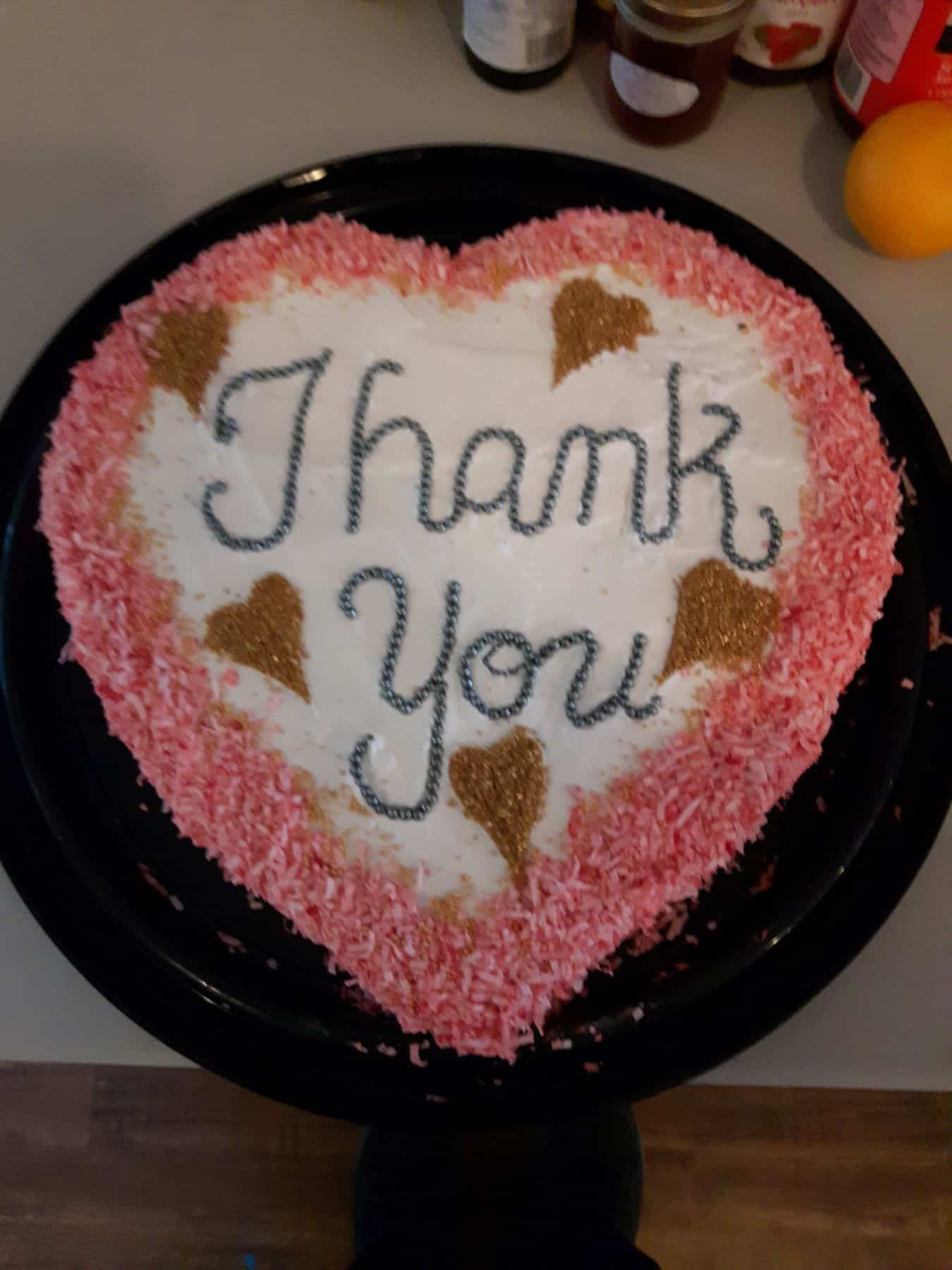 Gaylene baked this cake to thank the Samaritan’s Purse volunteers and Billy Graham chaplains the night before they left for home.

The flames soon destroyed more than 40 homes and other buildings in the community.

A few weeks earlier, Gaylene had bought a bottle of anointing oil. She found the bottle just before evacuating and anointed their home—praying that the fire would pass over it. At the family’s cabin about 20 kilometers away, she stopped and prayed for it as well.

A couple of days later, a person from the band office took James and Gaylene aside and told them their house had survived when so many others had burned to the ground.

“We were told the fire went right up to our neighbor’s house and just shifted. It didn’t touch their house or ours”, Gaylene says. “Then it went down the valley towards our cabin, came within about 50 feet of it, and then went in another direction. Those are ways that God has shown me that He was the one in control and it’s amazing. What an answer to prayer!”

“It has been very personal,” she said. “They [Samaritan’s Purse staff] have helped. They’ve prayed with people. That’s the most beautiful thing.”