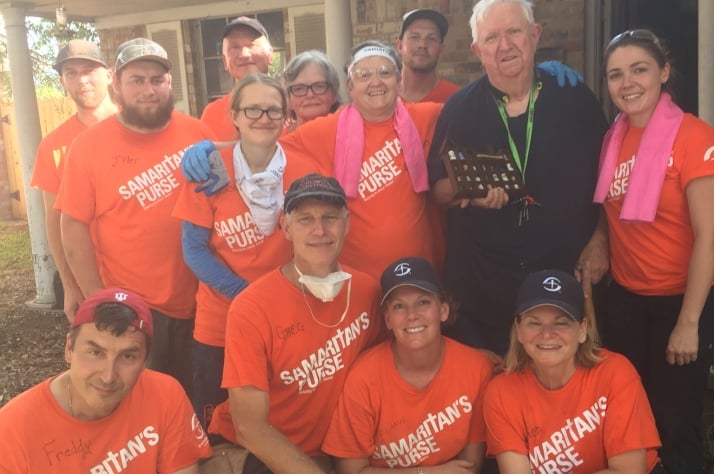 Elbow-deep in a moldy mountain of someone else’s ruined belongings, heartbroken for the losses of others, but filled with a sense of joy and purpose, Melanie Pisesky found meaning in a mess.

“I can’t even tell you how much my husband and I loved volunteering in Texas,” said the Samaritan’s Purse Canada donor services manager, who volunteered in the wake of catastrophic damage caused by Hurricane Harvey. “Every day, God had something amazing for us to experience and someone beautiful for us to meet.”

Melanie was part of a team of Canadians who joined a massive effort to help thousands of Texas residents whose homes were swamped with water. The team removed mud and water, along with waterlogged, mud-soaked belongings.

Team members also tore up severely damaged floors and cut away water-soaked drywall, then sprayed the affected areas to prevent the spread of mold.

All of this was done at no cost to homeowners, thanks to Canadians like you who support Samaritan’s Purse. 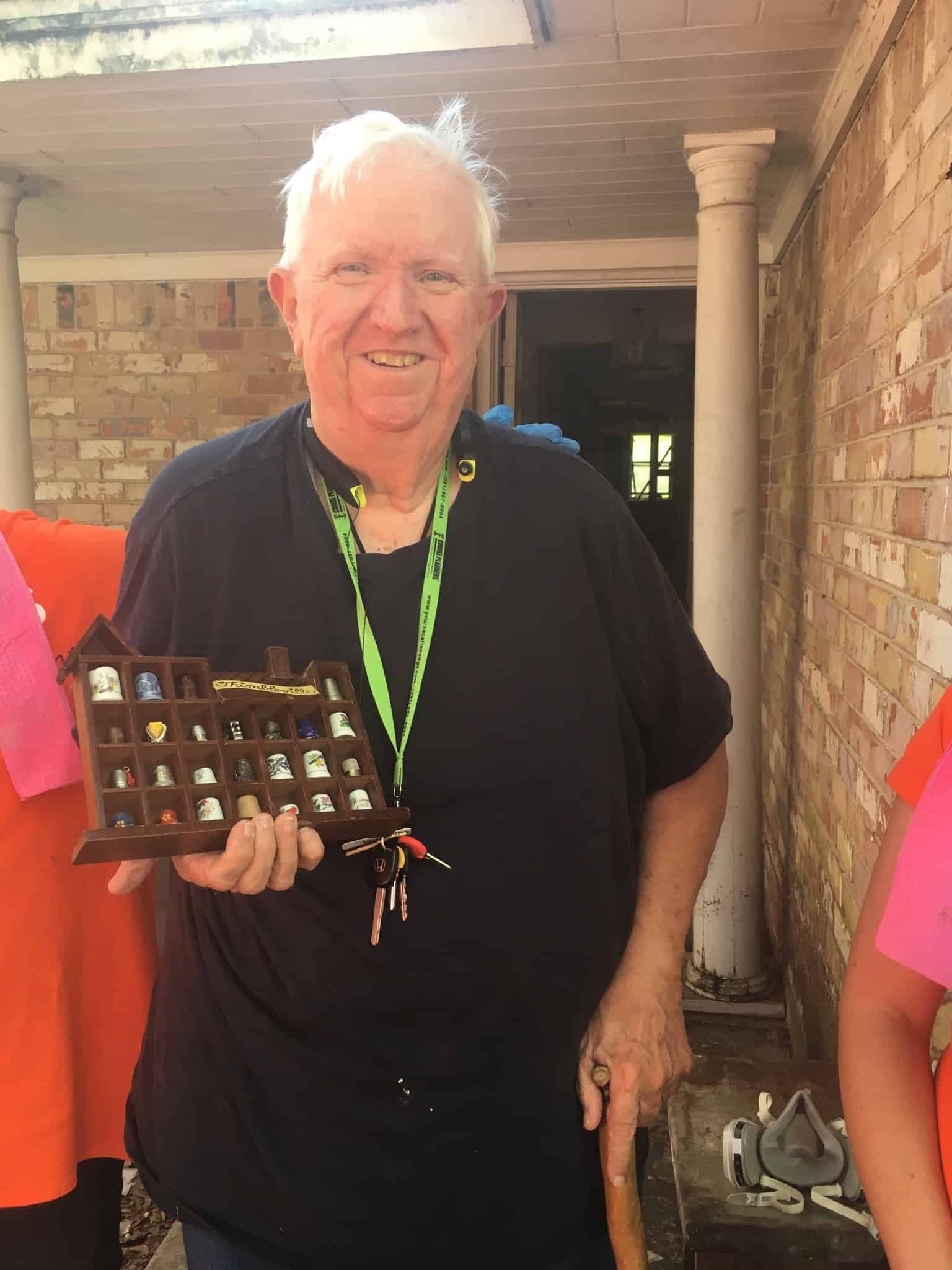 Pat was presented with his once-lost, and hugely significant collection of thimbles.

One of Melanie’s favorite experiences was sorting through the soggy remnants of a widower’s beloved life to find tiny thimbles that had been collected by the man’s late wife. Some of the team members decided to make recovering those precious mementoes their mission.

“As we dug, we found many more thimbles and carefully picked them up,” Melanie said. “Soon we came across a small shelf especially made for them with the name ‘Thimbleville’ on it.”

As the team continued to find thimbles, another volunteer polished them and replaced them on the shelf.

“When Lindsey (a volunteer) presented Pat with the cleaned-up thimbles and shelf, he began to cry,” she recalled. “The thimbles were a beautiful representation of the intimate way our Heavenly Father loves us. He cares about the tiny details.”

“Pat admitted he was estranged from God and wanted to come to faith in Jesus,” said Melanie. Chaplains helped him make that decision real; now his life will never be the same.