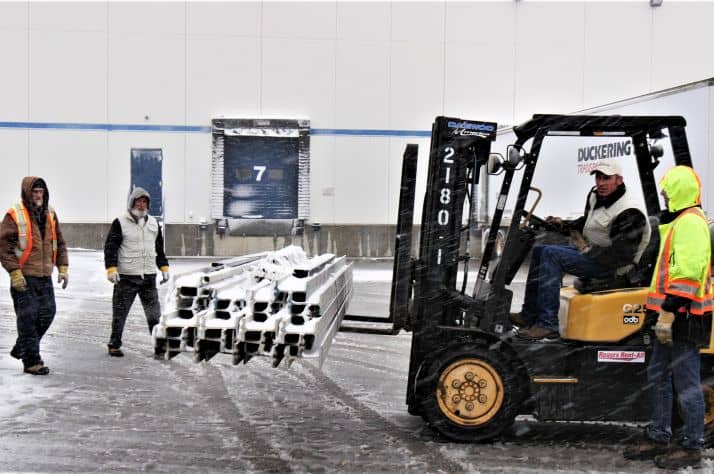 Donated by Calgary firm, special building on truck to US for flight to Caribbean; several Canadians going with to erect it on storm-battered Barbuda 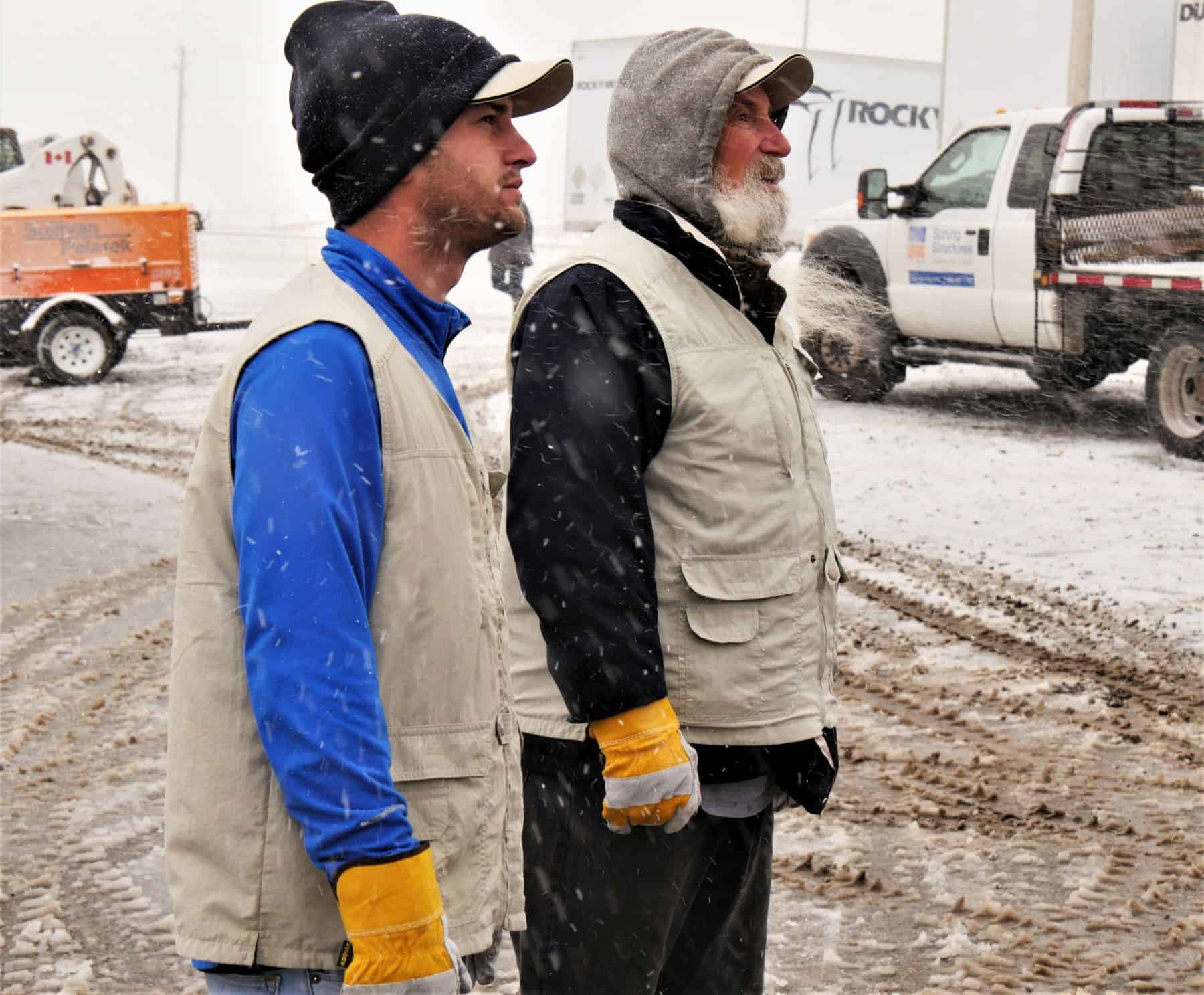 Danny Ross and Roy Ralph will accompany the Sprung structure which will serve as an operations and supply base for a Samaritan’s Purse reconstruction project helping victims of Hurricane Irma and Hurricane Maria on Barbuda.

Samaritan’s Purse Canada is sending a special “relocatable” building to the Caribbean to serve as an operations hub for the Christian relief organization’s work in helping victims of Hurricane Irma and Hurricane Maria.

The $200,000 building, donated by Sprung Structures of Calgary, departed Monday on a transport truck from Samaritan’s Purse’s Canadian headquarters in Calgary. The roughly 16-meter-by-32-meter building is being driven to North Carolina, from where it will be flown on Samaritan’s Purse’s DC-8 cargo plane to Antigua, then transported by barge and erected in Barbuda.

“We’re launching a major reconstruction project in Antigua and Barbuda, and this (Sprung) structure will serve as an operations base to get supplies where they need to go to help survivors rebuild their lives,” said Brent Davis, Samaritan’s Purse Canada’s Response Director. “With much of Barbuda destroyed, we need to bring in our own building to provide the level of aid the people need to move forward. We’ll continue to respond to clean-up needs in Puerto Rico and Dominica as well.” 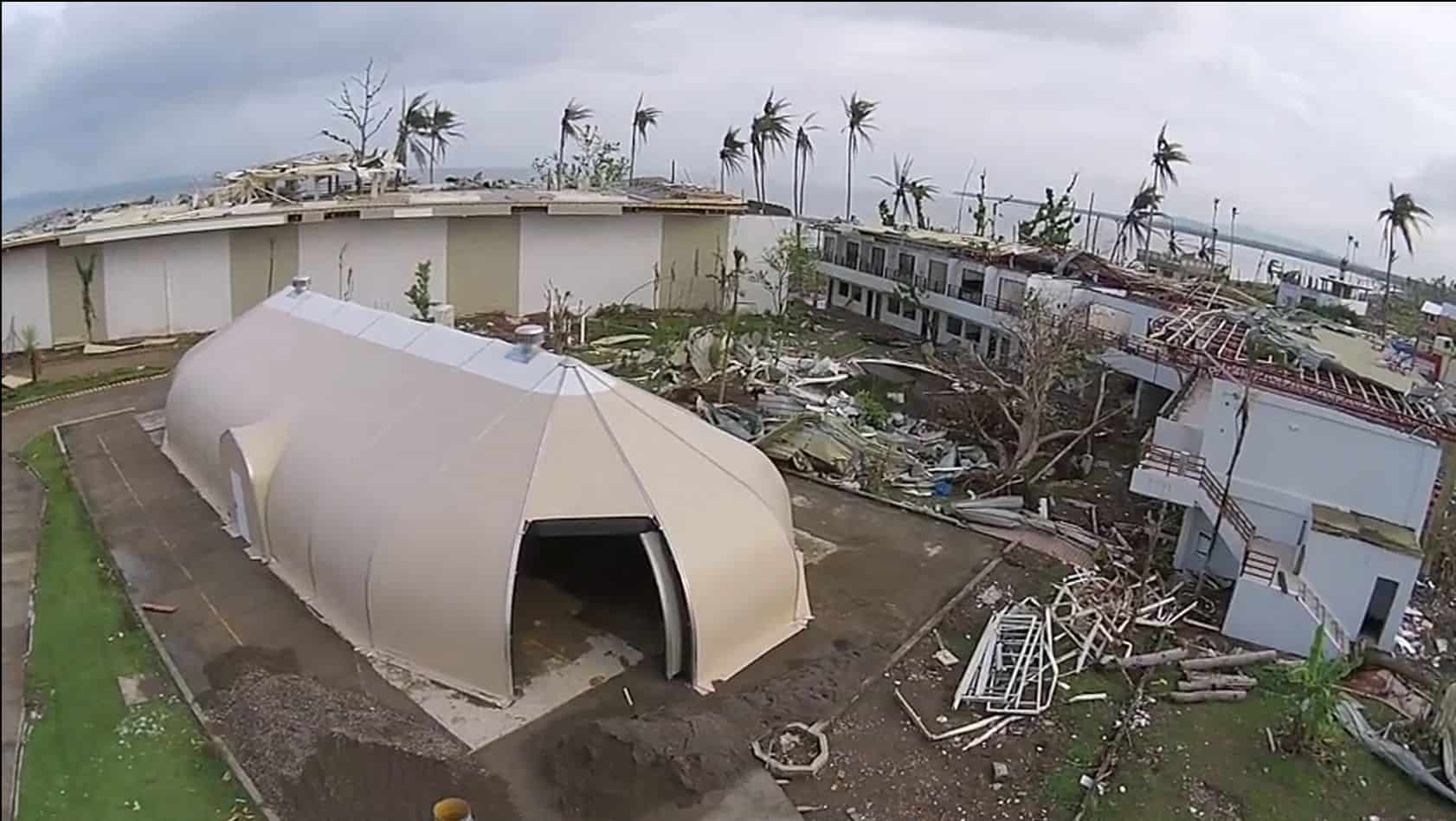 The Sprung Structure relocatable building, 16-meter-by-32-meter, will be erected in Barbuda to serve as Samaritan’s Purse’s operational and supply hub in the storm-battered region. In this photo is the Spring Structure where it was on location in the Philippines as part of the response to help Typhoon Haiyan victims.

Samaritan’s Purse’s DC-8 has already made at least 12 recent trips to the Caribbean from North Carolina to deliver more than 244,000 kilograms of emergency supplies including hygiene kits, blankets, water purification units, and rolls of heavy-duty plastic sheeting to shelter thousands of families who lost their homes to Irma’s destructive force in early September.

“Hurricane Irma leveled islands in the Caribbean and devastated the Florida coast,” said Samaritan’s Purse President Franklin Graham. “We’re taking critically needed supplies to storm survivors and coming alongside affected families. We want to meet their physical needs while showing them the love of Jesus.”

Charity Navigator, a non-profit U.S. organization that assesses charities, has identified Samaritan’s Purse as one of the most effective disaster relief organizations helping victims of the recent hurricanes.