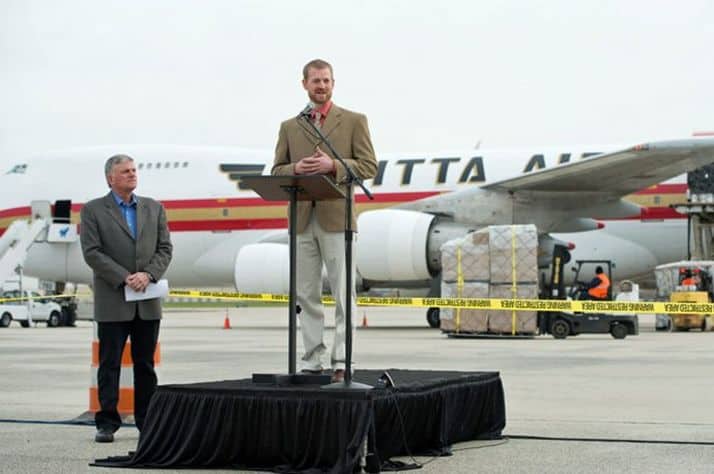 In December 2013, an 18-month-old boy in a village in Guinea was reported to have Ebola virus disease. One case quickly turned into an outbreak that moved through Guinea and Sierra Leone. The first case in neighboring Liberia appeared in the village of Foya in March 2014. 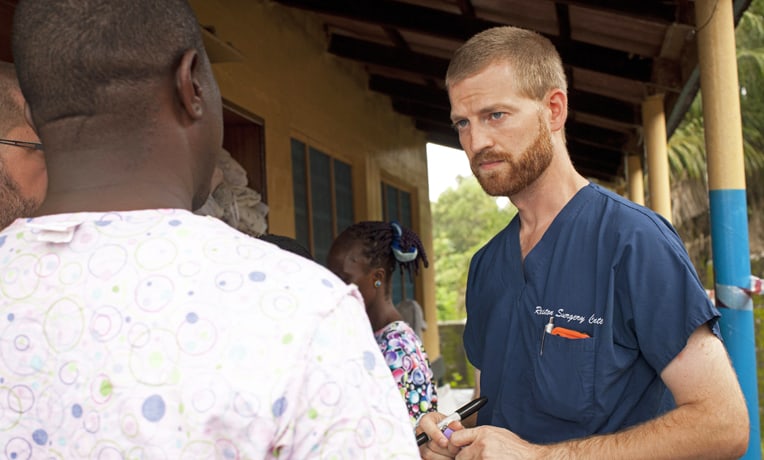 Dr. Brantly had just started serving as a Samaritan’s Purse World Medical Mission Post-Resident in Liberia when Ebola broke out in the west African nation.

By the summer, ELWA Hospital in Monrovia, Liberia’s capital, was receiving its first Ebola patients. That mission hospital is where Dr. Kent Brantly and his family had moved only months before to serve two years in our World Medical Mission Post-Residency program.

Until the 2014 outbreak, Ebola had been mostly forgotten by the world. Though the deadly disease is endemic in many parts of Africa, it had rarely received worldwide attention since its identification in 1976 in the Democratic Republic of Congo. 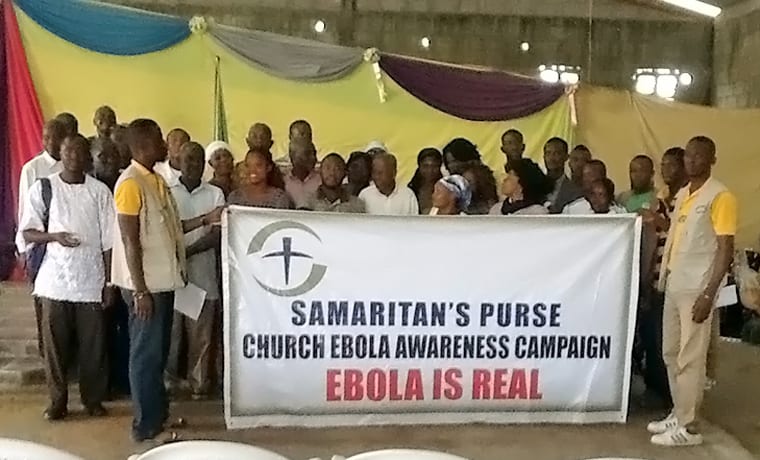 We conducted media and awareness campaigns throughout Liberia to encourage people to seek treatment and avoid disease spread.

From the beginning of the Liberia outbreak, Samaritan’s Purse medical teams provided direct care for hundreds of Ebola patients at community centers and treatment units. We also launched critical hygiene and public awareness campaigns about prevention and diagnosis. To support these efforts, we airlifted nearly 200 tons of relief supplies to Liberia.

The 2014 Liberian Ebola outbreak infected thousands and killed nearly half of those patients all in a matter of a few months. But the world became transfixed on the Ebola epidemic after Dr. Brantly and an American nurse, Nancy Writebol, made the news as the first Americans to be diagnosed with Ebola. Kent said it all started when he woke up with a low-grade fever.

Just three days earlier he had taken his family to the airport as they flew home to Texas. Now he was terribly ill, lying in bed in his African home, facing his own battle with the deadly disease he’d been treating the previous six weeks. The world was awakened to what was happening in Africa.

By God’s grace, after an emergency airlift and full recovery at Emory University Hospital in Atlanta, Dr. Brantly’s reluctant celebrity was one of many ways God used the Ebola outbreak and the unassuming missionary doctor to proclaim the Gospel of Jesus Christ from a worldwide platform. 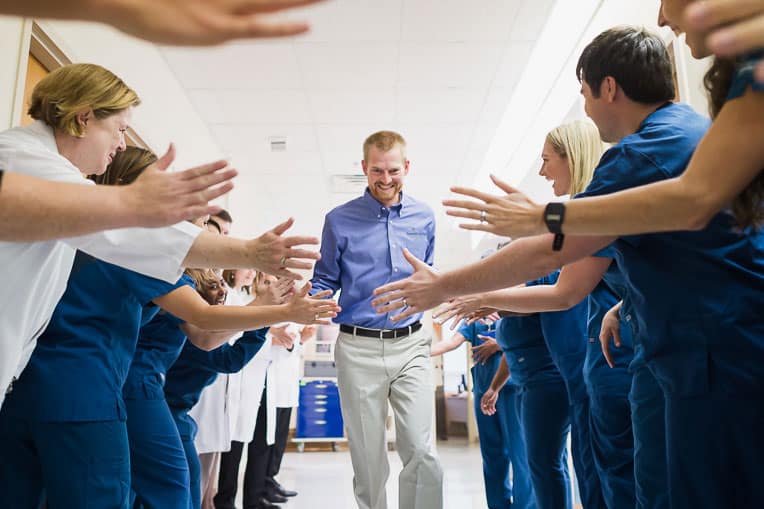 Doctors, nurses, friends, and family joined in celebration as Dr. Brantly was released from Emory Hospital after treatment for Ebola.

The 2016 “Facing Darkness” documentary, produced by Samaritan’s Purse, recounts many of the miracles God worked during the 2014 Ebola Crisis, which continued on for many more months. In total, more than 10,000 people were infected in Liberia with 4,810 deaths. Guinea and Sierra Leone also reported thousands of cases and deaths as well. Liberia was only declared Ebola free in June 2016.

In the ensuing years, the work of Samaritan’s Purse in Liberia has grown significantly to include ministry to families still impacted by the heartbreaking death toll. Widows, orphans, and ongoing health complications are ongoing focal points for our Liberia teams.

Ebola in the Congo

And Ebola continues to resurface. Only a few years after that large outbreak, Democratic Republic of Congo was facing an Ebola crisis. Our experience in Liberia and quick response provided by our DC-8 aircraft helped prepare us and our DRC country office for an outbreak in that country. 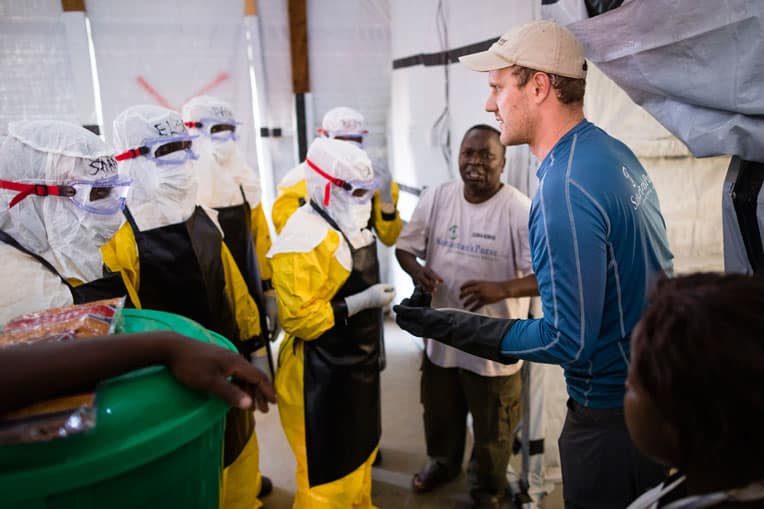 In 2018 we responded to an Ebola outbreak in Democratic Republic of Congo.

In early 2018 we set up a 56-bed Ebola Treatment Center in Komanda where we treated nearly 600 patients of the more than 3,500 cases countrywide.

One of our staff in DRC expressed well the critical nature of the work of Samaritan’s Purse in such dire circumstances.

“People are feeling very low. They are very scared,” said Adele Bong, who was serving as monitoring and evaluation advisor for Samaritan’s Purse in DRC. “What makes the difference is someone who is there showing the love of Christ. That could be the difference between life and death.”