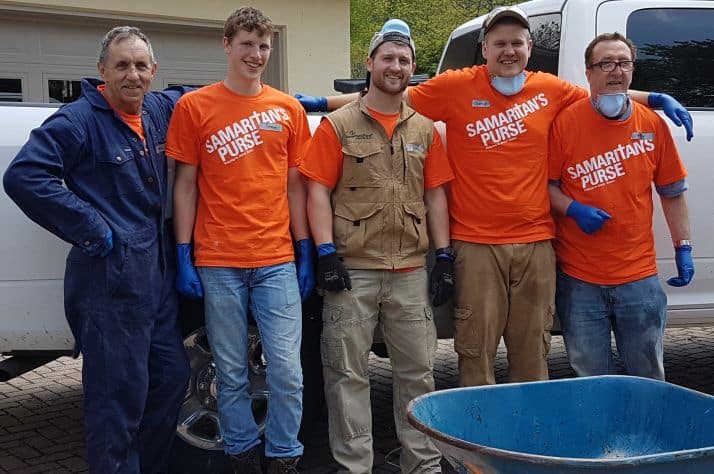 More than 2,700 residences were flooded in over 170 municipalities due to an unprecedented combination of snow melt and rainfall. Almost 2,000 people were forced to leave their homes in communities such as Rockland, ON, Gatineau, QC, and Rigaud, QC.

“When the homeowner was advised by the insurance company that the flood was ‘an act of God,’ she thought they said ‘the will of God’ and stated that God better give her a call,” says Mae Joudry, an office coordinator working on-site for the Samaritan’s Purse Canada response in Ottawa/Gatineau. “She said when our team showed up a short while later she started believing it was the will of God.”

Trained and equipped Samaritan’s Purse Canada volunteer teams are now worked daily with home-owners to clean up and sanitize dozens of homes in the two provinces while bringing hope and compassion to people overwhelmed by the flooding, which impacted about 130 communities.

“Our field teams are on the ground receiving requests for assistance, and we are working with churches, municipal officials, and other non-government partners in the area to provide a coordinated response,” said Brent Davis, Samaritan’s Purse Canada’s response director.

Over the long weekend, there were 30 home-owners on the list awaiting assistance from Samaritan’s Purse Canada volunteer teams in the Hudson/Rigaud region alone. 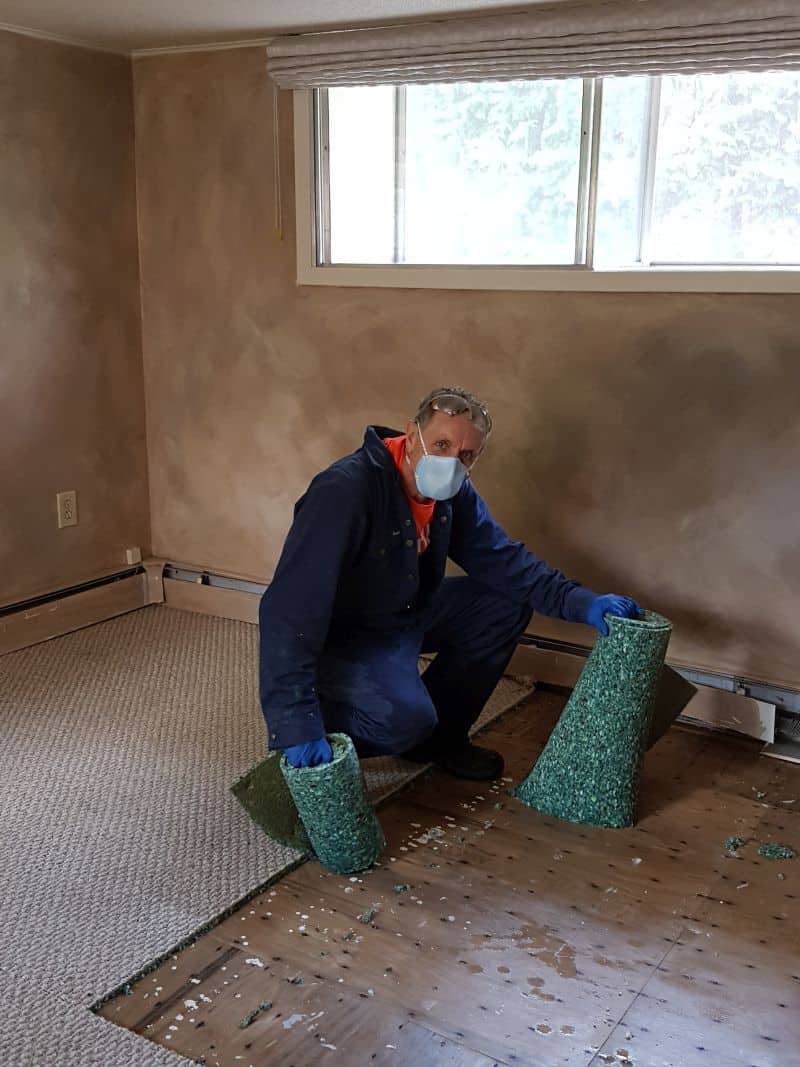 This volunteer working in Constance Bay is removing water damaged carpet and underlay so the area can be sanitized.

Volunteers shared that when a team arrived at a home in Rigaud, Quebec yesterday, the homeowner seemed very hopeless, but became more and more hopeful as the day progressed telling the volunteers they must have been sent by God.

God’s love, along with stories of hope and humble gratitude like this inspire volunteers from across Canada to respond.

In the Ottawa/Gatineau region, there are 16 home-owners who have registered to receive help from Samaritan’s Purse volunteers where 30 volunteers collectively spent almost 500 hours cleaning and sanitizing homes over the long weekend.

Trained volunteers in Ontario and Quebec removed, as well as cleaned up and sanitized homes. Timely clean-up is crucial for homeowners, because standing water in a home can cause irreversible damage, which may leave a home unsalvageable.

Heavy rainfall and melting snow caused the Ottawa River and its tributaries to flood in late April and early May. As a result, more than 800 people have been forced to abandon their homes in the Ottawa/Gatineau area alone.

Please pray for those affected by flooding in eastern Ontario and Western Quebec. And please partner with us through your financial gifts so that as many people as possible can be helped in the name of “our great God and Savior Jesus Christ” (Titus 2:13, NKJV).