Samaritan’s Purse in Texas to help victims of Hurricane Harvey 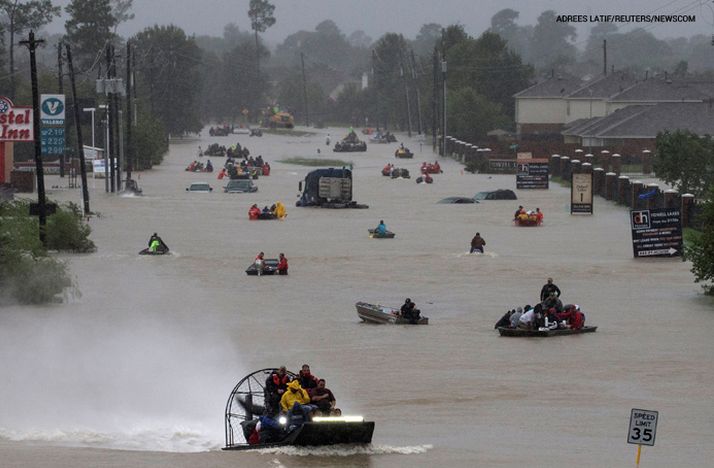 Samaritan’s Purse has five specially equipped Disaster Relief Units in Texas, and is recruiting U.S. and Canadian volunteers to clean up homes in response to the massive destruction caused by Hurricane Harvey. The Category 4 storm slammed into the Texas on Sept. 8, bringing catastrophic flooding, widespread damage and 15 deaths. About 27 trillion gallons of rain fell on Texas and Louisiana over six days, which is enough to fill the Houston Astrodome 85,000 times. 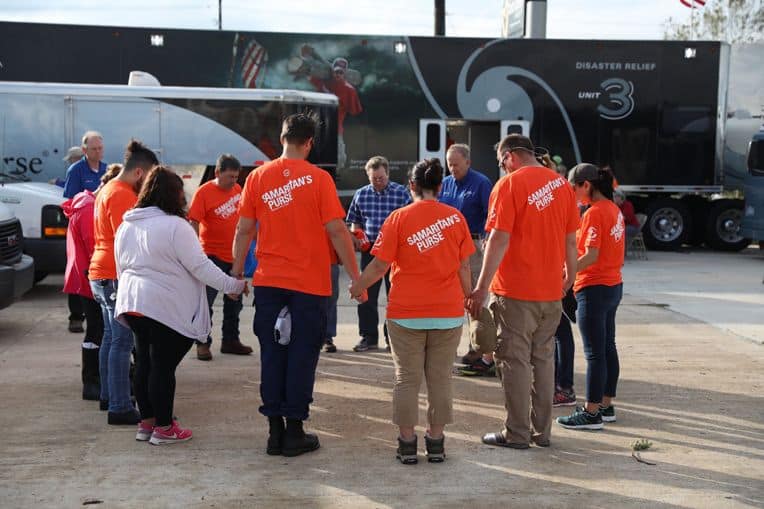 Samaritan’s Purse has deployed all of its U.S.-based Disaster Relief Unit tractor trailers from its international headquarters in North Carolina, and three more of the specially equipped units based in Canada are preparing to be deployed if needed. The Christian international relief organization’s teams are ready to help devastated homeowners as soon as state officials give approval to access damaged communities.

“The people of Texas are facing an unprecedented catastrophe, and they urgently need our help,” said Samaritan’s Purse President Franklin Graham. “We’re going to do all we can to help them by tarping roofs, mudding out homes, and clearing debris. Most importantly, we’re going to show them the love of Christ and let them know they’re not facing this crisis alone.”

Disaster Relief Units are tractor trailers outfitted with disaster recovery equipment including generators, pumps, hand tools, and safety gear for volunteers. They also serve as volunteer coordination and training centers, and are equipped with a self-contained office, communications system, and other supplies.

The Canadian-based Disaster Relief Units are stationed in Alberta, Ontario, and New Brunswick. The Alberta unit has played an integral role in helping Samaritan’s Purse staff and volunteers in assisting with flood and wildfire fire clean-up in British Columbia throughout most of the summer. 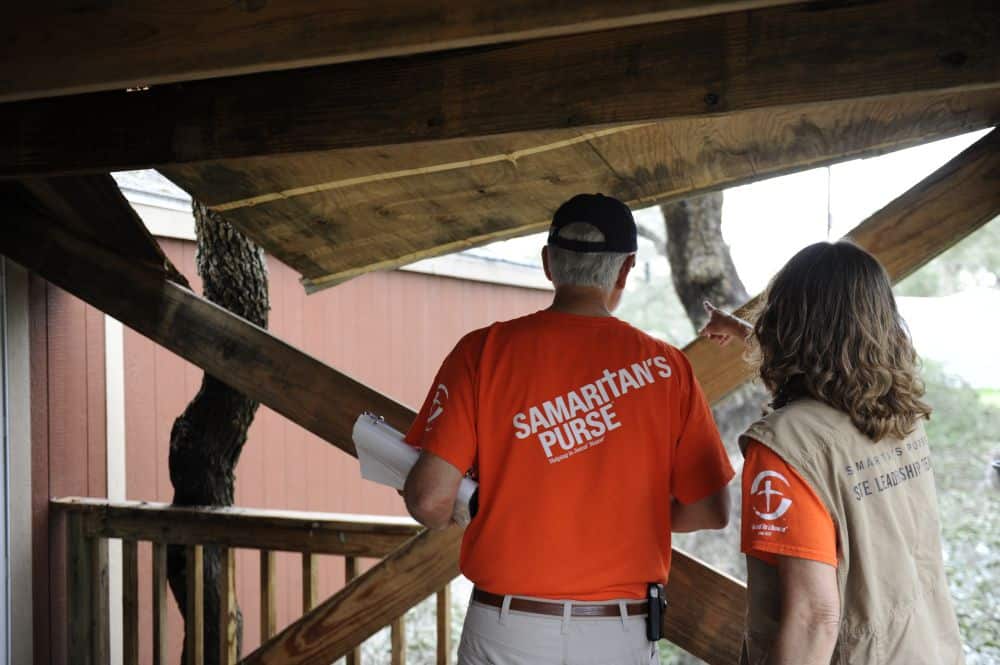 Samaritan’s Purse teams are assessing damage in homes in Texas.

Also deploying to Texas are crisis-trained Rapid Response Team Chaplains from Samaritan’s Purse’s sister organization, the Billy Graham Evangelistic Association (BGEA). The chaplains will offer valuable emotional and spiritual support to people who have lost their homes and possessions.

Charity Navigator, a non-profit U.S. organization that assesses charities, has identified Samaritan’s Purse as one of the most effective disaster relief organizations helping Hurricane Harvey victims.

Donations Needed: Canadians can donate to Samaritan’s Purse disaster relief work by donating online or calling 1-800-663-6500. Funds will be used to train, equip, and deploy many Canadian volunteers to Texas.

North America Response Across North America, many communities struggle with major challenges. They are facing natural disasters or other unforeseen crises. They have physical needs, and often deep spiritual needs too. Local Christians want to reach out, but need our support. Your gifts will enable Samaritan’s Purse to respond promptly to these diverse and urgent needs in Jesus’ Name.
North America Response - 080654
$
Donate