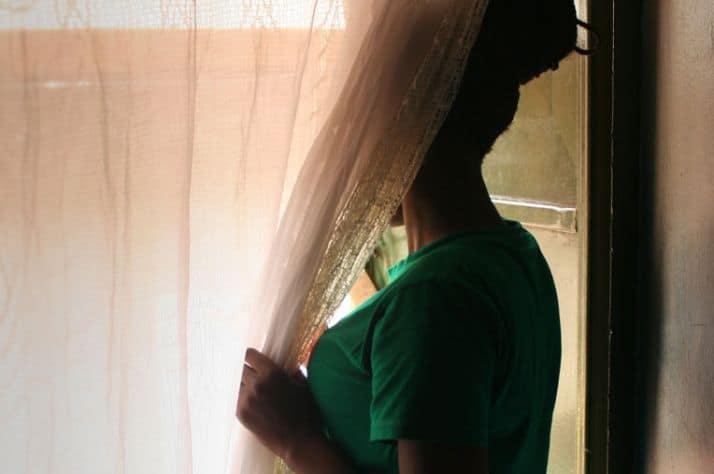 Around the world, vulnerable people are being targeted by traffickers. They are promised bright futures in foreign countries, but the reality is brutal abuse and exploitation. Through our anti-trafficking projects, we are bringing healing and the hope of the Gospel to these men and women.

Alesha*, an 18-year-old secondary school student in Uganda, was preparing to graduate when a friend made her a tempting offer. She would pay for Alesha’s plane ticket to Thailand if she would accept a lucrative job to work at a grocery store there.

Life in another country sounded exciting to Alesha, and it was a chance to make money and escape the suffocating poverty in her homeland. So, she dropped out of school, sold her possessions, and took off for what promised to be an adventurous new life in Thailand.

When Alesha arrived in Thailand, she quickly discovered that her friend had lied. There was no grocery store job awaiting her. Even worse, she learned that her friend worked for human traffickers who forced Alesha into prostitution.

She was told that she needed to pay off an $8,000 debt for her plane ticket and visa—four times the amount the traffickers paid for her trip.

On Alesha’s first night working the streets, she was badly beaten by a man who refused to pay her. When she returned to her handler, she was beaten again for returning empty-handed. And it only got worse.

“I was tortured every night,” Alesha said. But then she met a woman who worked for an anti-trafficking organization.

“I was tortured every night.”

“After one month, I was with two friends at [a restaurant] and a woman asked me, ‘Are you a trafficker?’” Alesha said. “I told her no, but I was being sold. She asked if I wanted to get out, and she gave me her business card.”

After a few weeks passed, a desperate Alesha contacted the woman, who then worked with her to get new documentation—her passport had been confiscated by her traffickers. Finally, Alesha was able to return to Uganda, ending four torturous months in Thailand.

A Long Road to Healing

When Alesha returned home, she thought that life would somewhat return to normal. But she was greeted with disappointment.

“My family wasn’t happy when I came back,” Alesha said. “They thought that since I went abroad, I would come back with money.” 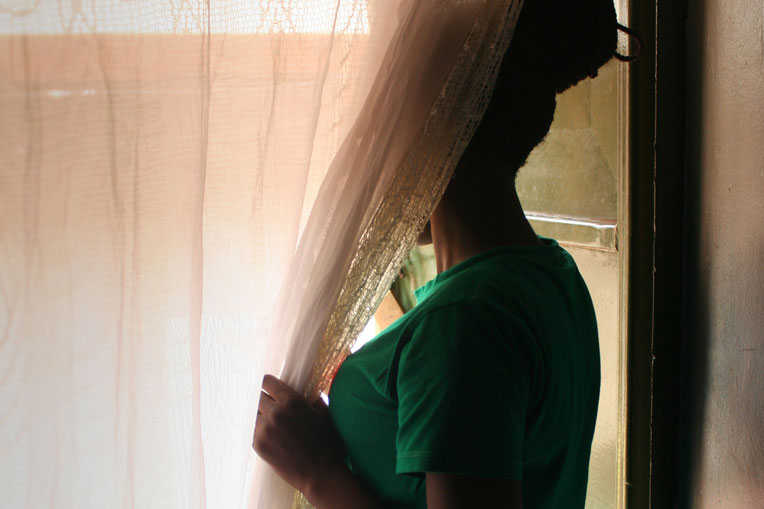 Our teams are providing Alesha* with valuable vocational training.

Alesha was now on her own. She quickly found a boyfriend who paid her rent, but when he learned that she was pregnant he abandoned her. Around that time, Alesha was connected to Samaritan’s Purse. She is now part of a community of survivors who are supporting one another. Each month the women meet with our team for training, Bible study, and trauma healing.

“The girls share their stories with each other,” said Joyce, a vocational coordinator with our anti-trafficking project. “Sharing their experiences helps them heal because they know that they are not alone.”

Women meet with our team for training, Bible study, and trauma healing.

As young women escape trafficking, they are often left with nothing. Their families and friends often reject them. “When women come home, they start at zero,” Joyce said. “They sell all their things expecting the best, but they come back with nothing.”

Our project workers reach out to these women during their first weeks after they escape trafficking. The team meets one-on-one with each woman and begins to build trust, which isn’t easy after the horror the women have experienced. We then help them take their first steps toward stability and healing, and share with them the hope of the Gospel. Through counseling, the women identify goals and career paths.

“Lack of employment leads to exploitation,” said Jackie, a victim advocate with the project. “Our goal is to make them financially independent so they will not be lied to again. This is why we equip them with skills and income-generating tools to start a business.”

Alesha’s dream is to own a salon, and our team is providing vocational training to help make that dream come true.

Jackie rejoices over each woman’s success story. “When they come, they are so torn,” she said. “One woman contracted HIV, and she was so bitter. She was a Christian, but she was angry at God, and she didn’t want to go to devotions. She is a success story because now she wants to read her Bible. She left with hope. Another woman who went back to her village is thriving. She calls every day and says ‘Jackie I can’t thank you enough!’”

The criminals promise a high-paying job in a foreign country, which would allow the women to escape poverty and high unemployment rates in their homeland. Education is key, she says, to ending trafficking, which is why Samaritan’s Purse is working to train community leaders on trafficking prevention and victim identification.

Every case of human trafficking is unique, albeit each story is marked with sorrow and shame. Just as our teams have helped vulnerable women like Alesha, we are also working in many countries to prevent trafficking and help victims of trafficking in its many forms. We praise God that through our anti-trafficking projects, women and men are finding healing and hope. Please join us in praying for those who are vulnerable to trafficking or have been trafficked—and for our ministry to them.

*Not her real name. It has been changed for her protection.

Every day, vulnerable women, children, and men are being lured into terribly unjust working situations. Some become victims of sex trafficking while others are tricked into working for little or no wage. Samaritan’s Purse and our Christian partners are restoring the traumatized by providing counselling, vocational training, and sharing the Gospel. We also raise awareness about trafficking, and empower families to provide income for themselves so they aren’t as susceptible to the false promises of traffickers.
Top Stories
You Can Still Pack Shoeboxes Online!
Work Finishes on Prince Edward Island
Cattle Farming Offers Income for Impoverished Families
Emergency Relief Supplies Distributed After Deadly Flooding in Pakistan
Piglets Bless Families in Indonesia