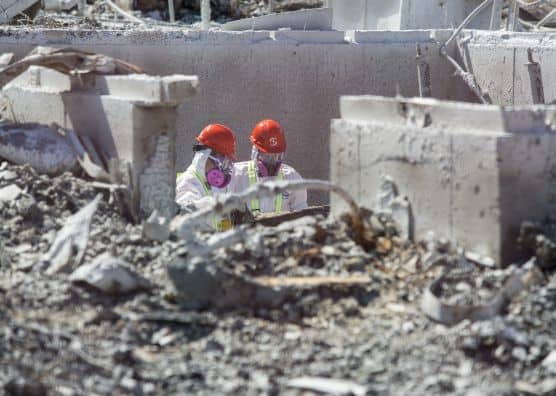 One Crossfield resident recently used his multimedia talent in Fort McMurray, which was devastated by fire in May.

One Crossfield resident recently used his multimedia talent in Fort McMurray, which was devastated by fire in May.

“I’ve always wanted my work to be somewhat meaningful,” said the visual storyteller, noting the experience changed his outlook on his work.

“A good percentage of what I do just wasn’t important to me anymore.”

Kristianson spoke to the Airdrie Echo on July 4, just one day after the fire, nicknamed The Beast, was declared under control-more than two months after it forced 90,000 people to flee the city.

Kristianson spent another three days in early July filming in the oilsands, his cameras, a Canon 5D Mark III and Canon XA20, in tow.

“They were so happy with the [original videos] that they decided to send me for a second deployment,” he said.

In June, Kristianson filmed survivors and volunteers as Samaritan’s and BGEA responded to work orders passed on from the Regional Municipality of Wood Buffalo.

His material varied from filming practical assistance, such as volunteers helping remove fridges filled with rotten food or sifting through debris for important items, to those needing a listening ear.

Kristianson recalled a particularly emotional experience of parents finding the intact castings of the hands and feet of their child, now a toddler.

“I think that was one of the most important things that they wanted to find,” he said. “That was extremely emotional for the homeowner and our team.”

He said the task of documenting and sharing people’s stories in the wake of the fire was a challenge he loved, despite often working until the wee hours of the morning and the tight deadlines.

Kristianson, now in his 40s, was well equipped for the task after spending 20 years in various emergency response roles, including ski patrol, search and rescue and volunteering with the Crossfield Fire Department until retiring in 2014.

“The last 10 to 15 years I’ve been trying to amass enough experience to do large-scale disaster management,” said Kristianson, noting he has also trained to be deployed with first-wave teams from Samaritan’s Purse.

His wife Cobi works in the not-for-profit’s call centre.

Kristianson said he hopes to continue working in the field. He predicts that with global warming pointing to an increase in natural disasters, there will be a need for storytellers with emergency response backgrounds.

The agencies he worked for are Christian in faith, as is Kristianson, and he said everyone they came in contact with was open to talking about spirituality and the volunteers had Bibles to share.

To view the videos, visit Kristianson’s Facebook page for his business Spindrift Photography and look for the video links to samaritanspurse.ca or the BGEA YouTube channel.