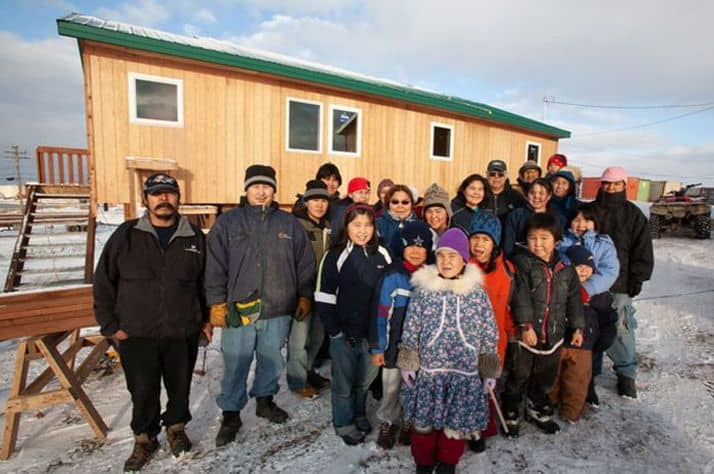 2006: Samaritan’s Purse rebuilds the Alaska village of Hooper Bay after fires devastate the community. Our Alaska rebuilds have continued since in The Last Frontier. 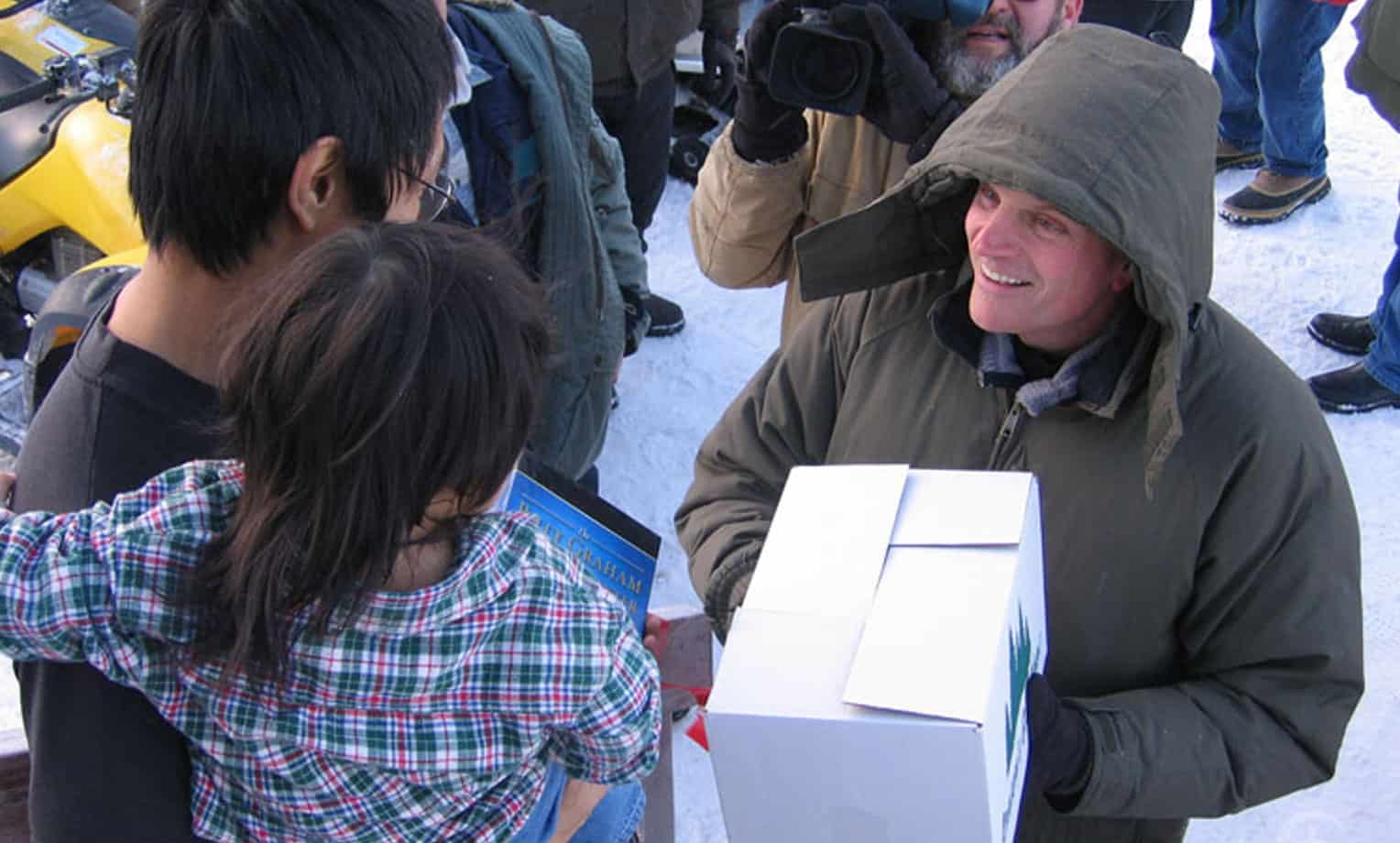 The 2006 fire that blazed through most of Hooper Bay, Alaska, started in a school and then burned down homes and buildings as wind swept the flames across the community. Dozens of families were left homeless, and the harsh Alaska winter was only weeks away.

“We only had two months left in the year that we could build,” said Luther Harrison, vice president of North American Ministries for Samaritan’s Purse. He said that as the winter approached it would be impossible to get building supplies and people into the area.

Samaritan’s Purse was at the time in the middle of rebuild work in New Orleans where Hurricane Katrina had ravaged communities the year before. Through that work, God started preparing us for other rebuild opportunities in the years to come.

In Alaska, it all started with Hooper Bay—the first of dozens of locations where we have built houses, churches, and other much-needed structures throughout The Last Frontier.

Harrison said that God pulled together a team of people with the necessary skills and a heart for sharing the Gospel with hurting people.

“It’s just amazing how God assembled that group of people. Within those two months we were able to build five homes, and the families moved in the day before Thanksgiving,” Harrison said. “These projects earn us the opportunity to share the hope of the Gospel. Our volunteers are missionaries using their skills to build and plumb and wire and to tell these people they too can have the hope of Jesus Christ.”

And because it was so close to winter and most of their belongings had burned, we also supplied people with shotguns and snow machines, essentials for living through the winter.

Since then we’ve worked in dozens of native villages in Alaska and completed 31 building projects in the state, including homes, churches, community centers, and even a seminary.

Reaching these areas is not easy as most villages are located far from any road system. We thank God that through the pilots and planes of our Mission Aviation Services we are able to transport staff, volunteers, goods, and equipment to these remote communities.

Each building project is designed to strengthen communities and the churches that serve them. Often these churches struggle to maintain pastors, who, in many cases, are non-natives unaccustomed to the harsh realities of serving in remote parts of Alaska. 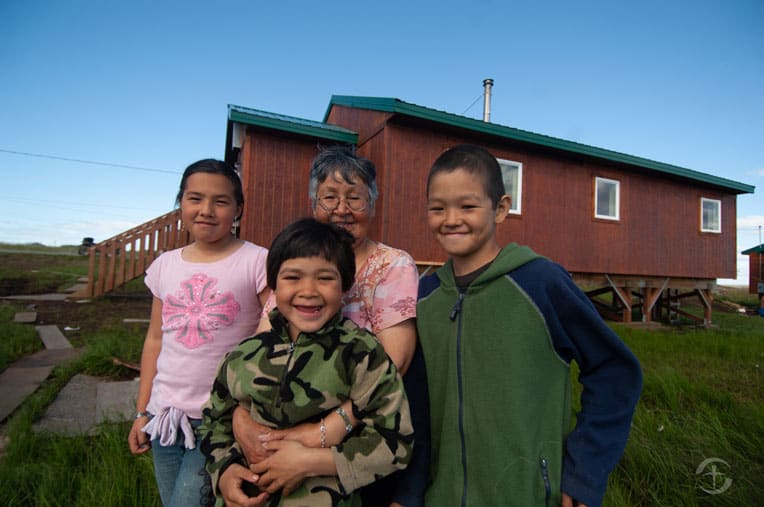 Through building projects in Alaska villages we are helping to reach future generations with the Gospel.

The spiritual realities of village life are often as harsh as the winters, and Harrison said empty pulpits and unfulfilled commitments often make it even more difficult.

“Many of these villages have experienced a lot of broken promises,” he said. “Our prayer and hope is to see more people trained up who are willing to earn the respect and the trust of these communities and shepherd their people.”

Harrison said we want to see strong church leaders continue to emerge from within the villages and to see the children and future generations experience the hope of the Gospel. These are native Alaska’s future church leaders.

“These building projects are not about the buildings. They’re about relationships,” he said. “We’re investing in these lives, and in the lives of their children, so they can see what it’s like to be a child of God and have a relationship with Him.”

Top Stories
Order Shoeboxes & Resources
Emergency Relief Supplies Distributed After Deadly Flooding in Pakistan
"Everything is Changing Here. I Can Perceive It."
Water Access Comes to Families in Vietnam
The Greatest Journey Begins to Draw a Family to Christ