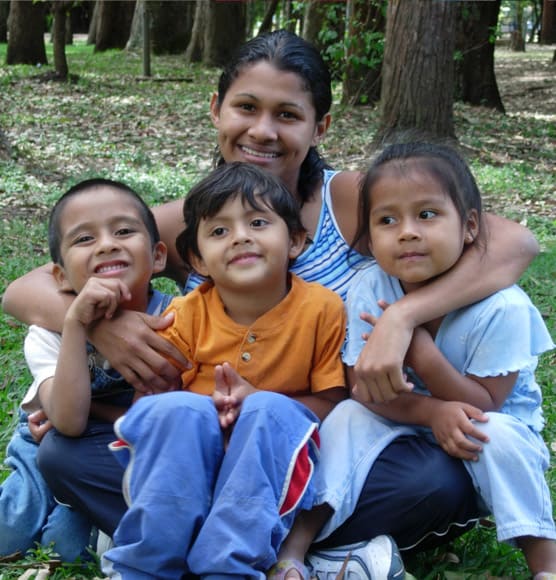 “I could not go back to my (abusive) family,” she noted. But on the other hand, she was no longer permitted to live at a Costa Rica women’s shelter where she had spent four years.

At 18, Anita was still struggling with emotional issues that stemmed from a childhood of abuse. Bouts of anxiety and depression made it difficult to give her three-year-old son proper care, but she could not rely on her family for support.

Anita heard about a special program for young mothers that is supported by Samaritan’s Purse, and came seeking medical care for her son. He had serious health conditions, including stomach ulcers, celiac disease, and severe anemia.

The program, funded by your generous gifts, was able to provide medical treatment and food, along with special classes.

“In less than a year, his health improved so much,” said Anita. “The preschool teacher gave him lots of attention and he has overcome most of his motor limitations, as well.”

At the same time, Anita received treatment for her emotional trauma. A psychologist provided counseling to help her overcome deep depression and increase her self-esteem.

“I learned to take care of myself, and properly love and educate my child,” she said.

Anita also came to know Christ as her personal savior.

“[My faith] has helped me a lot,” she said. “Some of the professionals from the other shelter came [here] and were amazed to see the big change in my personality, because I am now a joyful person.”

Around the world, this program is one of several projects funded by Samaritan’s Purse, and your donations, that provides physical, emotional, and spiritual support for women and their children. In Costa Rica, this program supplies a home for young mothers at a high social risk while contributing resources and assistance to help them become independent.

Over the course of several months, Anita was given the opportunity to move into a semi-independent living program. She and her son now live in a private apartment and Anita has learned how to manage her money. She also gained work experience as part of the kindergarten staff.

“Because of all the support I received, today I can say I’m a more confident person,” said Anita. “Now, I feel safe to start a new, independent life.”