Preventing the horrors of human trafficking in Cambodia

Samaritan's Purse is working to protect desperate, vulnerable families from this terrible crime through education and vocational training.

February, 2015—Chan Ten My, 65, and his wife, Neang San, live in northwest Cambodia, near the Thailand border. Only six of their 10 children remain alive. They all live together in Ta Poak village.

A few years ago, they were all suffering together.

With no trade skills and little local employment, the family was barely able to keep from starving. Each morning, they woke up early to look for work in the rice fields to earn money for lunch. After eating, they would go out again to make money to buy dinner.

They never had enough to save or to pay for education. They couldn’t afford medicine, so a simple illness could prove devastating.

Chan Ten’s family felt they could not go on much longer without some relief. But opportunities for a better future in Cambodia seemed non-existent. They were thinking about a drastic and dangerous solution. 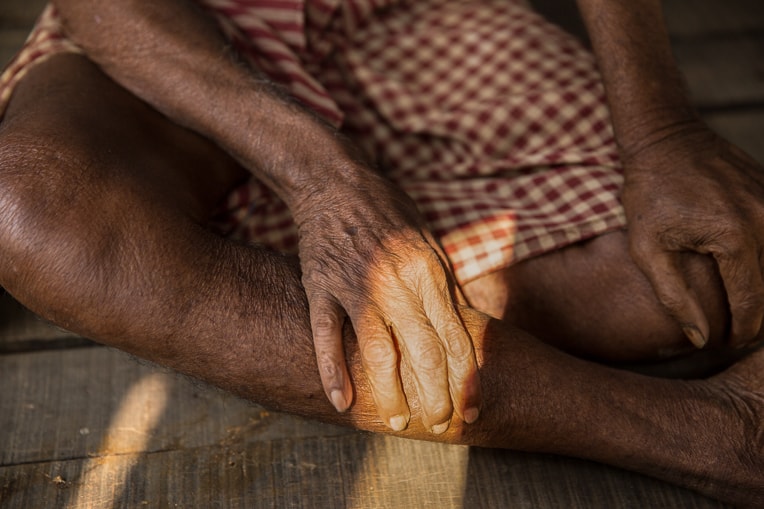 Chan Ten and Neang were considering sending their children to Thailand to search for work. It would mean illegally crossing the border, since a passport would cost an impossible $150 Canadian. But taking the risk seemed worthwhile if it meant food on the table.

This is a common predicament for impoverished families in Cambodia and many other places. Fathers, mothers, and children reach a point where illegally migrating to a neighboring, more developed country seems less risky than staying trapped in an endless cycle of poverty and despair. Older children look at aging parents or a young mothers look at their hungry babies and see no choice but to do anything possible to take care of them.

In Cambodia, men are most often trafficked for forced labor in the agriculture, fishing, and construction industries. A deceitful broker promises to transport a man to a job tending livestock in Thailand. Hoping that this will finally provide for his family, the man will hand over all his money, which is never enough. He becomes enslaved to the broker, often beaten, and forced to do backbreaking labor for long hours without pay until he works off the debt. This could take years. In some cases, the men are never heard from again.

Cambodian women are trafficked for forced labor in factories or as  domestic servants, and for sexual exploitation. A broker will coerce a woman to accept a position as a paid house worker for a family across the border, but she will actually become their slave. Enduring repeated abuse, she will be threatened with imprisonment or worse if she tries to escape. Some women are eventually able to return home, but with serious wounds—both physical and emotional. 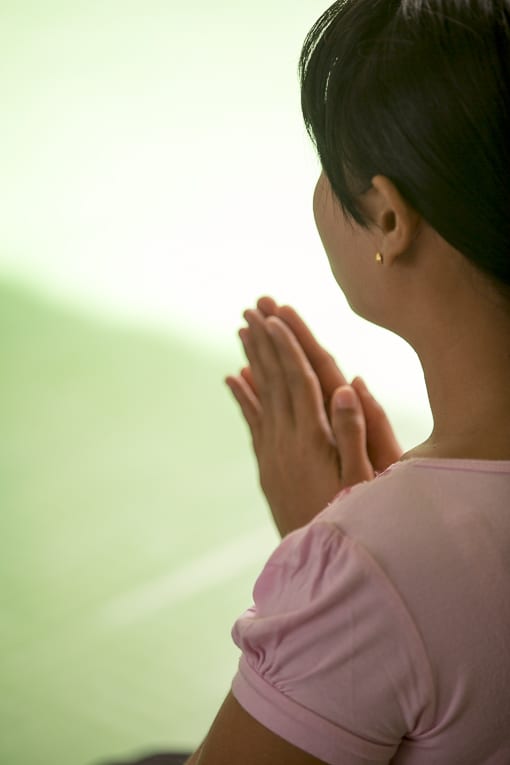 Of all trafficking victims, children are perhaps the most tragic. In Cambodia young girls and boys are trafficked for forced labor in organized begging rings or street vending, and also for sexual exploitation. Many suffer horrendous cruelty. If the children do not speak the local language, it makes it even more difficult for them to find help.

Preventing the horrors of human trafficking is a major initiative of Samaritan’s Purse in Cambodia. Through our Safe Migration and Trafficking Awareness program, we are working with vulnerable populations to provide education about the risks of unsafe migration and also offer income-generation opportunities. By equipping local village leaders, pastors, school principals and business owners with knowledge and providing livelihood projects for poor families—like growing mushrooms or raising chickens— at-risk communities are better able to protect themselves.

Through our training program  in Chan Ten’s community, he was able to fully understand the risks his children would be undertaking if they illegally migrated, and they chose to wait.

Our staff also had a consistent opportunity to share and show the love of God. As a result, Chan Ten decided to declare Christ as his Lord and follow Jesus. He experienced the joy and peace of knowing God, and found the faith to pray for a better future and a hope for his family.

A little while later, we started a livelihoods program in Ta Poak. Chan Ten received 11 chickens, one rooster, and chicken coup materials,  and training in advanced chicken raising and breeding skills. God had answered his prayer.

Chan Ten has diligently applied all that he learned, and his chickens are healthy and strong. They have started to lay eggs, and Chan Ten is now on his way to having 200 chickens to sell each year. This will double his household income and protect his family from unsafe migration. 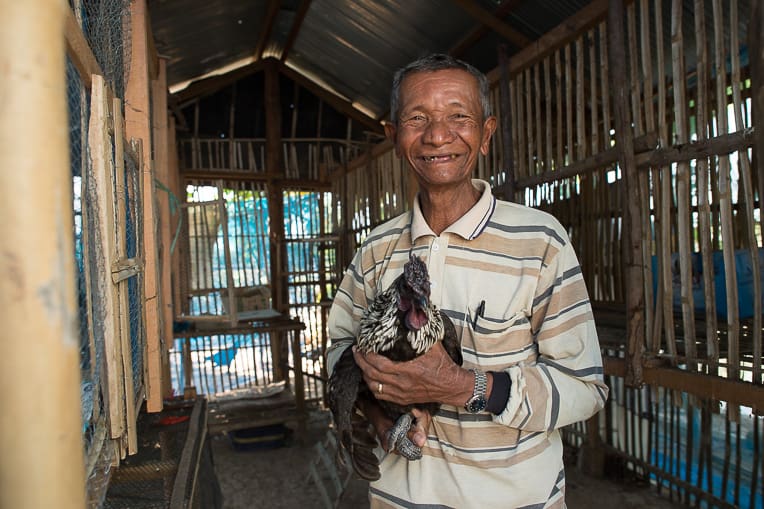 Chan Ten My in his chicken coop.

“The Lord has given me hope again,” he said. “I want to give thanks and offer everything I have to the name of my Lord Jesus Christ.”

Samaritan’s Purse has reached almost 50,000 people through our trafficking prevention work in Cambodia, and our staff continues to provide physical help and the love of Christ to those who are vulnerable.

Human trafficking is a global issue, affecting an estimated 27 million people. Please join us in praying that God will use our ministry to help prevent this terrible crime and to spread the Good News of Jesus Christ into the areas where we are working.

“For the Lord loves justice, and does not forsake His saints; they are preserved forever, but the descendants of the wicked shall be cut off” (Psalm 37:28). 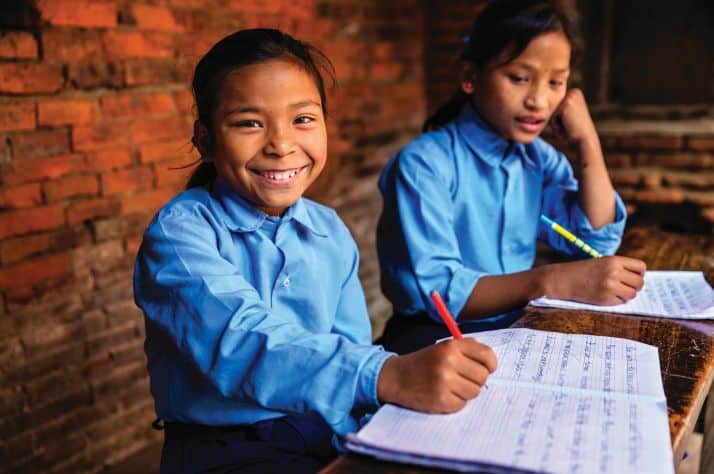 Exploited Children Samaritan’s Purse helps vulnerable children sold and abused in the horrifying world of the sex industry, or other exploitation as child soldiers and laborers. Our Christian partners help children avoid exploitation, and rehabilitate those who have lived in bondage, bringing healing, hope, and happiness.
Exploited Children - 013508
$
Donate