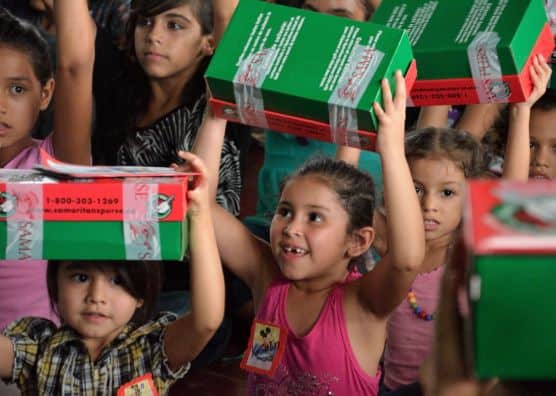 She delivered Operation Christmas Child shoeboxes to young people, and helped Costa Rica residents with their dental and optical needs.

Yet she will tell you that she benefitted from the trip as much as the people she assisted.

Renard was part of a team from across Canada that travelled to northwest Costa Rica in late December and early January. They were based near La Cruz, which is about six hours from the nation’s capital of San Jose.

The mission trip proved to be an eye-opening experience.

Each day half of the people in her group would hand out shoe boxes and Toms shoes, and the other half would be divided between dental care and optometry clinics.

In her first day at work, she learned the basics of being a dental hygienist, thanks to a five-minute crash course that was taught by a dentist who didn’t know English.

“We had a translator, but it was challenging. Very challenging,” Renard told Lifestyles. “But it was fun to go through and learn things like that.”

She was supposed to spend the first three days at the dental clinic, but a temporary machine breakdown that first day allowed her to go out and distribute shoe boxes.

Once they did start working in the dental office, they were responsible for assisting with extractions and fillings. Team members would deliver needles, prepare the anesthetic, hold the overhead light, or supply water to patients.

Renard said she has always been interested in a medical career, and she enjoyed the experience so much that she’s now contemplating a career associated with dentistry.

During her fourth day in Costa Rica, she handed out shoes in the morning, and shoe boxes in the afternoon.

One of the highlights of an Operation Christmas Child mission trip comes when a participant gets to hand out their personal shoe box to a child. Renard packed her box before she left. Contents included a doll, a stuffed animal, pens and paper, crayons, candy, a mirror, a comb, a shirt and a towel.

“When it was your day to hand out the box, the leader said it was your turn,” said Renard. “I got there, and I got to pick whoever it was that I wanted to.

“I found her right away, and I instantly knew. She was in love with blonde hair, and she kept playing with my hair. There was an immediate connection between us.”

The child’s name was Luna, and that’s a special name for Renard, because it’s also the name of her beloved dog.

Handing out shoe boxes is an amazing feeling, she said.

“Most of the kids that we were giving boxes to, they have never, in their lives, received a gift, and they probably will never receive a gift again,” said Renard. “It’s something so special for them. Lots of them don’t even know how to take it, how to accept it, and they don’t know how to feel.

“Lots of them just open the box and close it right away, because they’re so overwhelmed, especially if someone they don’t know is giving them a gift.”

Items in a shoe box are often so simple-stationary and small toys-but children just love the contents.

“It brings you to tears,” said Renard.

Team members would share a brief Bible story to the children before distributing the shoe boxes. The children would hear that while somebody purchased the supplies in the shoe box, the boxes are ultimately a gift from God.

Renard also spent two days in the eye glass clinic. Her team leader is knowledgeable when it comes to eye health, so he taught the other members how to test someone’s eye sight, and how to evaluate overall vision health. Then they would determine the prescription needed for somebody’s glasses.

Her team distributed a total of 293 shoe boxes, which is a smaller number than normal, but most of the communities they visited were smaller, with low populations. They also saw 527 patients in the eye glass clinic and 78 in the dental clinics. And they gave away 562 pairs of shoes.

They also gave out five wheelchairs, which can change someone’s life, Renard said. A couple wheelchair recipients were children.

And they had opportunities to sight-see, and enjoy some free time, in the final couple days before returning to Canada.

Renard said she received a lot of generous support from Estevan area residents before she left for Costa Rica, which allowed her to meet the expenses associated with the trip.

She didn’t know anyone on the team before travelling to Costa Rica. Their only interactions were through a Facebook page and a conference call. But they became fast friends.

“We were all so close, and it was just one big happy family, but I guess you have to be when you’re working together for that long,” said Renard.

Renard would return to Costa Rica in a heartbeat through Operation Christmas, she said. It’s a beautiful country and the people are wonderful.

But she would also travel elsewhere if given the chance.

“Samaritan’s Purse also does water filter trips, so I think that would be cool to take water to a family that doesn’t have clean drinking water,” said Renard. “They get a filter installed in their home.”

Renard said that it’s a life-changing experience, and if people have the opportunity to travel through an organization like Samaritan’s Purse or an initiative like Operation Christmas Child, they should seize it.