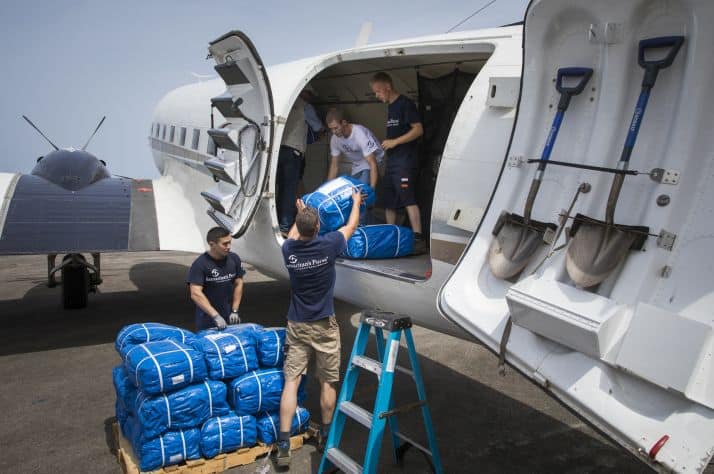 Our airlifts will soon resume and distributions are ongoing.

After first decimating Dominica and then ravaging Puerto Rico, a slightly weakened Hurricane Maria is now headed toward the Turks and Caicos, where it is expected to pound the already devastated islands still reeling from Hurricane Irma.

Samaritan’s Purse has been working with partner churches to distribute shelter tarping to residents on the Turks and Caicos in anticipation of the Category 3 storm’s arrival. We also provided 30 generators to government and church shelters. Irma’s winds and storm surge first lashed these islands on Sept. 8.

We are distributing shelter materials to displaced people in the Caribbean.

Hurricane Maria—a Category 5 storm at the time—raked Dominica on Sept. 18. Because Samaritan’s Purse has had such a large ministry footprint on multiple Caribbean islands after Irma’s destructive path, we were able to send one of our Disaster Assistance Response Team members on Wednesday to view the damage on Dominica. As a result, we’ve begun looking into our capacity to fly in relief supplies to assist the 73,500 beleaguered residents there.

Dominica is a mountainous Caribbean island nation with lush tropical rainforests and sprawling plantations, where sugar cane, bananas, and citrus fruits are grown. Maria stripped away vegetation, snapped trees in half, ripped off roofs, and slung debris in every direction. An estimated 75 percent of the homes are now uninhabitable. There is a decreased availability of clean water and food. 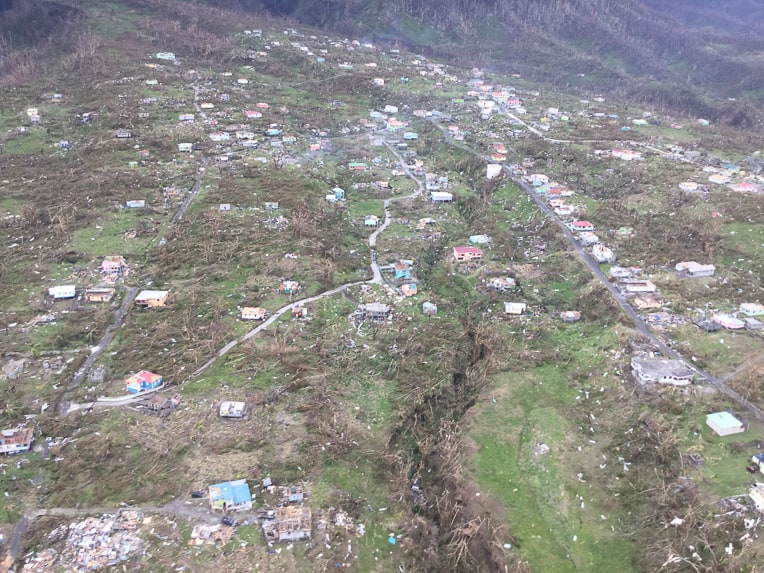 The damage was “mind-boggling,” said Prime Minister Roosevelt Skerrit. Maria tore the roof off of his home.

Downgraded to a Category 4, Maria next pummeled Puerto Rico. Its 155-mph winds knocked out electricity to the entire island, leaving its 3.4 million people in the dark. It triggered landslides and massive flooding as roads turned into raging debris-laden rivers. “It’s nothing short of a major disaster,” said Puerto Rico Governor Ricardo Rossello said.

We have a team on the island to coordinate a major logistical and operations hub, from which we’ve flown multiple aircraft filled with supplies across the Caribbean. Our team members are safe, and we were able to relocate our planes before Maria hit the island.

At least 18 people have died in Maria’s wake throughout the Caribbean. 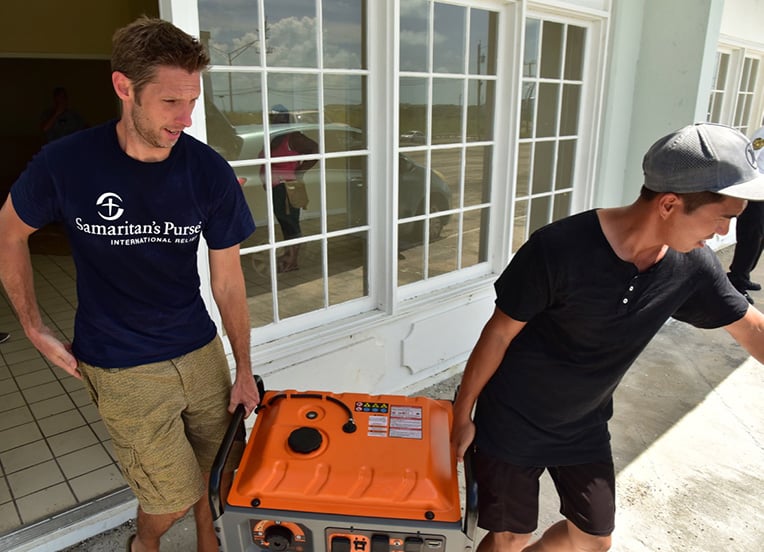 Meanwhile, we continue to distribute relief supplies on the island of St. Martin. So far, we’ve passed out thousands of blankets, hygiene kits, high-energy biscuits, and shelter tarps. We also have installed equipment in different neighborhoods to convert seawater to clean drinking water.

At the same time, we are working on the island of Antigua, where we are reaching out to about 1,600 displaced residents of Barbuda. They were evacuated to Antigua after Hurricane Irma obliterated that island. We are looking to help them transition back home and rebuild.

In addition, Samaritan’s Purse continues to assist homeowners in Texas and Florida, still recovering after Hurricanes Harvey and Irma rampaged through their two states. We are working at five sites in Texas and four locations in Florida.