Twelve-year-old Patience* was walking home from a dance when she heard him. He walked up behind her and told her not to make any noise if she wanted to live. Then he dragged her into the bush. 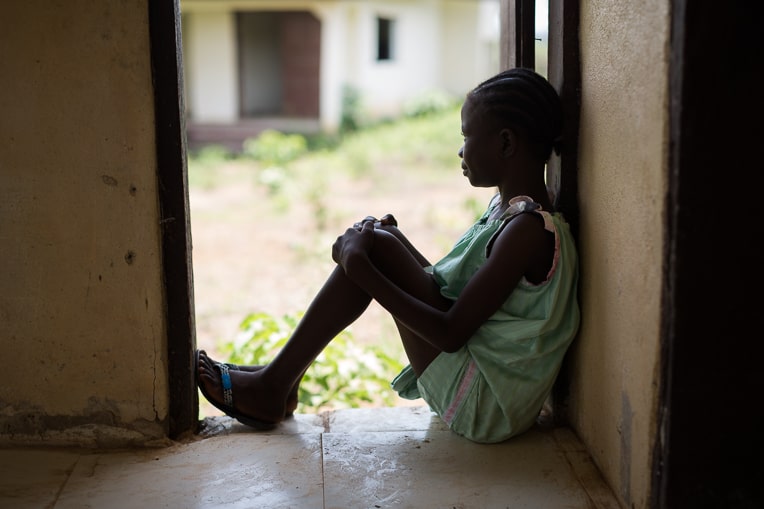 When he left her, he told her that he would kill her if she told anyone what he had done. Alone and afraid, Patience returned home but isolated herself from her family. She became weaker and weaker, and her mother knew something was wrong.

Her mother eventually took her to the local church for prayers, and there, Patience told the pastor what had happened to her. The pastor told her mother, and her mother told her uncle. He reported the case to the local police. They began working, but no one had the money to get medical care for Patience. Without intervention, Patience would die before the police found the man who had raped her.

In Liberia, men commonly view women as property, which often leads to abuse. Although abuse is illegal in the country (rape is a third-degree felony), the legal process is slow, and many men are never convicted. In a four-month period in 2016, Samaritan’s Purse recorded 23 cases of rape in three districts of one county. Of those, 11 survivors received justice.

To combat this gender-based violence, Samaritan’s Purse has begun training religious leaders in Liberia through a program we call Light. It’s named after John 8:12: “Then Jesus spoke to them again, saying, ‘I am the light of the world. He who follows Me shall not work in darkness, but have the light of life.’”(NKJV).

“We target religious leaders because we feel they’re in the rightful position to spread awareness for gender-based violence,” said Light program manager Jacob Montgomery. “Because they are respectable in the community, when they go out and preach about this, people are more willing to listen.”

A Safe Place to Stay

Although the training is helping to stem the tide of abuse, many women continue to be victims of violence. Samaritan’s Purse is also helping those who have survived rape, domestic violence, and abandonment.

In 2005, a woman affectionately known as “Ma B” opened a safe home for women in need of a place to stay and recover. In recent years, Samaritan’s Purse has supported this home. In many areas, local police know to report cases of rape and domestic violence to Samaritan’s Purse. 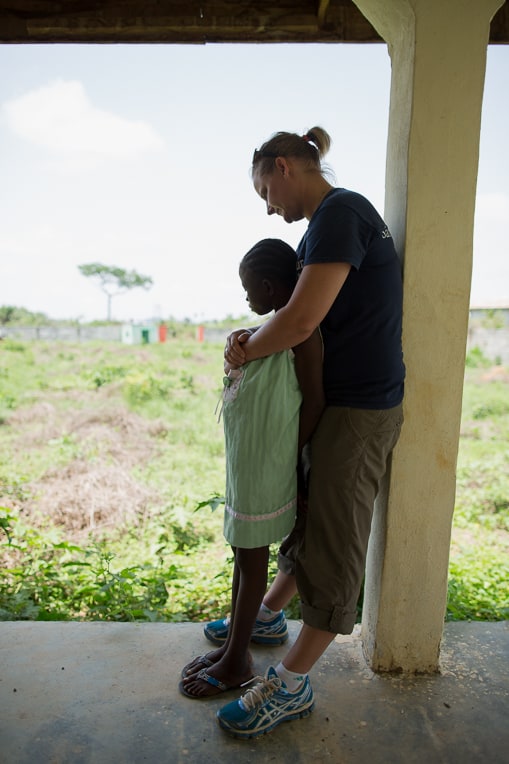 When the police found out about Patience’s case, they immediately contacted Samaritan’s Purse. We went to her village and took her to a local hospital, but her condition worsened. She was referred to another hospital in the area and received a blood transfusion, but her health still declined. Samaritan’s Purse then paid to have her flown to a hospital in Liberia’s capital city, Monrovia. She visited three hospitals and received six blood transfusions in Monrovia before she began to improve.

When Patience was ready to be discharged from the hospital, she faced a dilemma. She couldn’t return home. Her perpetrator was still free, and she needed to continue her recovery. Samaritan’s Purse transferred her to Ma B’s safe home around Christmas 2015.

While at the home, Patience has made a full recovery and is now attending school. Ma B teaches her and the other young women in the home Bible verses and stories. Although her mother has only been able to visit every few months, she’s glad that Patience is doing much better and that she has more opportunities for school than she would at home.

“I’m very happy and grateful,” her mother said. “They have been praying and using the Word of God for encouragement.”

Ma B first opened her safe home because she saw a need for it in her area. When women experienced gender-based violence, they had nowhere to go for safety or care. She knew that the justice system often worked slowly and that women who had been victimized weren’t safe staying at home while their perpetrators were still at-large. 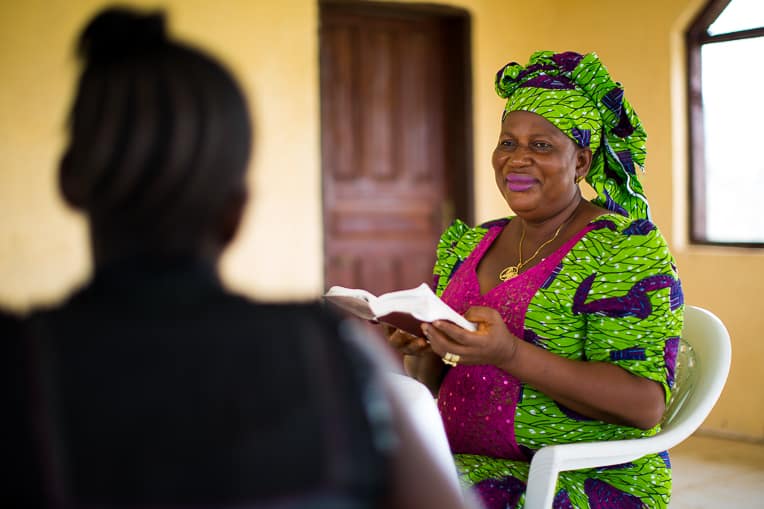 Ma B encourages the women at her safe home with the Word of God.

“If someone is beaten by her husband and then we say, ‘Go back and wait for me tomorrow,’ anything can happen,” Ma B said.

In the past year, Ma B has worked with 17 women who have been raped, 10 who have experienced domestic violence, and 20 who have been abandoned. She’s helped girls as young as 7 and women in their late 40s. She is a trained psychosocial counselor and a Christian. As she helps the women process what has happened to them, she also ministers to and encourages them through Bible stories.

“In the safe home, we read them the Word of God,” Ma B said. “We tell them Bible stories about women like Ruth, Esther. They were marginalized, but then they were blessed. It helps to build them up.”

Samaritan’s Purse not only brings women to the safe home, but we also continue to support them through supplying items such as food and medicine. Ma B hopes that as the culture in Liberia changes, she will see less women in her safe home. But in the meantime, she’s glad to help the women heal and to look toward their Savior.