Leading Children to Jesus on The Greatest Journey 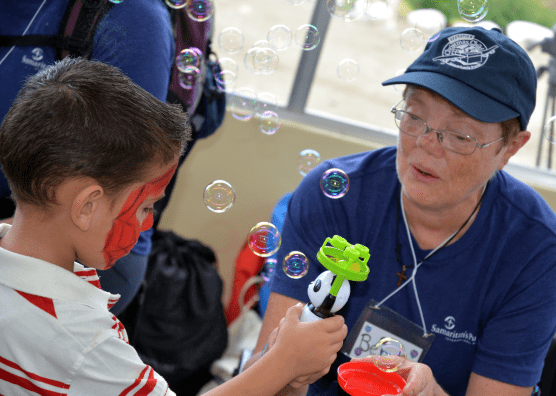 After packing Operation Christmas Child shoeboxes for more than a decade, Beryl McDougall went on a shoebox distribution trip to Costa Rica because she wanted to see the impact Canadian shoeboxes are having in the lives of hurting children.

She certainly saw that in Costa Rica, while among a group of Operation Christmas Child shoebox donors willing to help pay their own travel costs to join in distributing shoebox gifts.

But what left the Everton, ON resident even more excited and inspired was Samaritan’s Purse’s efforts to offer God every possible opportunity to use the boxes to bring children to faith in His Son. 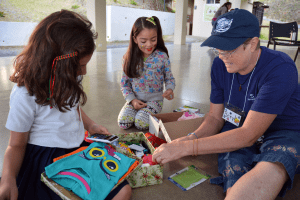 Beryl McDougall went on a shoebox distribution trip and saw the impact that Canadian shoeboxes are having on the lives of children in Costa Rica.

I’m very impressed with the follow-up-it’s much more in-depth than I thought,” she said outside Iglesia Camino de Paz Cot, a small church in the hills of Costa Rica south of the capital city of San Jose.

The church hosted a shoebox distribution event and while children inside made lots of happy noise exploring the contents of their boxes, Beryl spoke about The Greatest Journey, Samaritan’s Purse’s 12-week evangelism and discipleship course. When possible, it’s offered to every child receiving a gift-filled shoebox.

During her week in Costa Rica, Beryl sat in on The Greatest Journey classes and participated in a graduation ceremony at an orphanage, where more than 100 enthusiastic children received graduation certificates and a colorful copy of the New Testament in their language (Spanish).

“The energy of the presenters and how they got the children involved,” left a deep impression on her, she says.

“Having seen this, I’ll tell the people back in Canada that it (Operation Christmas Child) is far more than just a box. It’s a beautiful tool to reach out with the love of God.”

Beryl also helped hand out boxes to children. One little girl stuck in her memory, because at first she seemed unexcited about the items in her box. “Then she took out a little book with Tinkerbell on the cover and her face lit up,” Beryl said with a smile. “Sometimes, it’s just one item that can make a difference for a child.”