Journey from darkness to the light of Christ 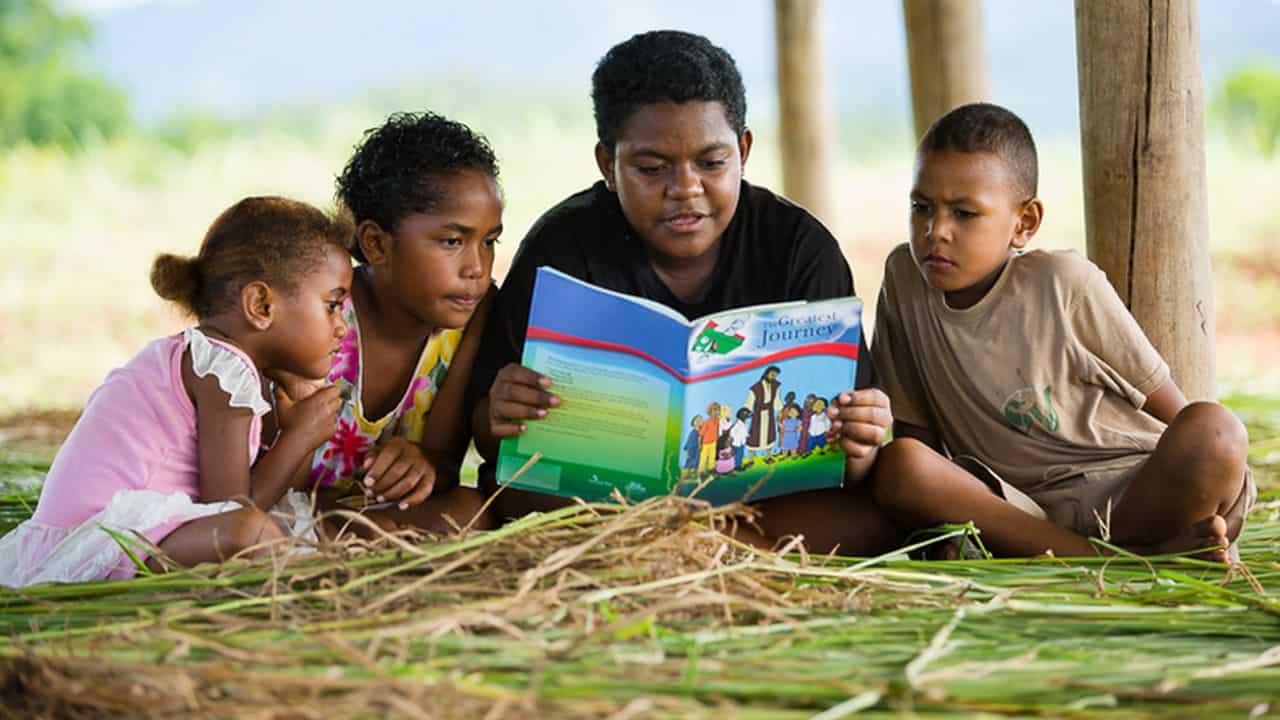 A young man becomes a Christian during The Greatest Journey discipleship program and then sees his witchdoctor grandfather turn to Christ for salvation as well. Their conversions lead to the first church in their community.

As the Pacific island nation of Fiji received hurricane warnings on June 7, 2011, Christians on its second largest island of Vanua Levu made the best of the situation. They continued with their plans to host an Operation Christmas Child shoebox distribution in the predominantly Hindu village of Vunika.

Eighty children and their families came out from their homes among the sugarcane fields to hear Pastor “Waisea” Liwaiono explain that every shoebox gift was an expression of God’s love that pointed to His greatest gift—His Son Jesus Christ. Pastor Waisea had walked six hours from his home in Labasa just to share the Gospel with them as he handed out shoebox gifts. 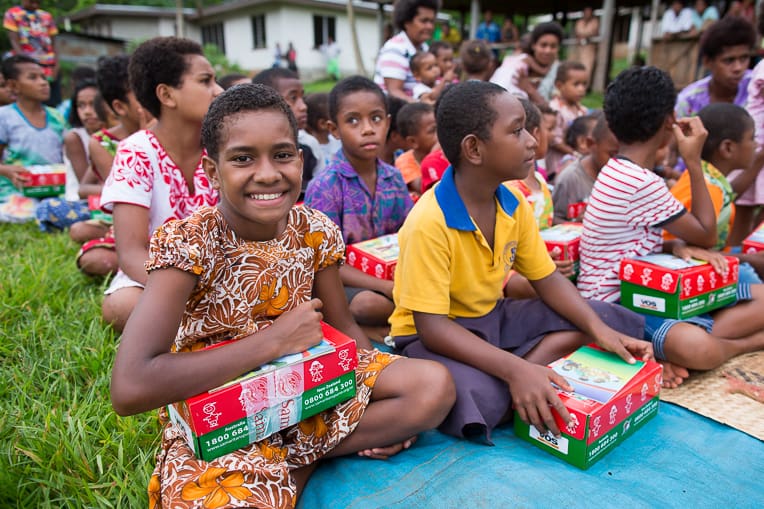 As the crowd opened their presents with joy, 11-year-old Melvin cherished his new tennis ball and whistle, but especially his calculator. He marveled that the gifts were all his.

Pastor Waisea invited all the children back the next week to begin The Greatest Journey, a 12-lesson course developed by Samaritan’s Purse in which they could learn about the God behind their shoebox gift. Melvin was one of 30 children who enrolled. During Lesson One, Pastor Waisea taught about Creation, emphasizing that man was made in God’s image. Melvin was so moved by Pastor Waisea’s teaching that he accepted Jesus Christ at the end of that lesson. 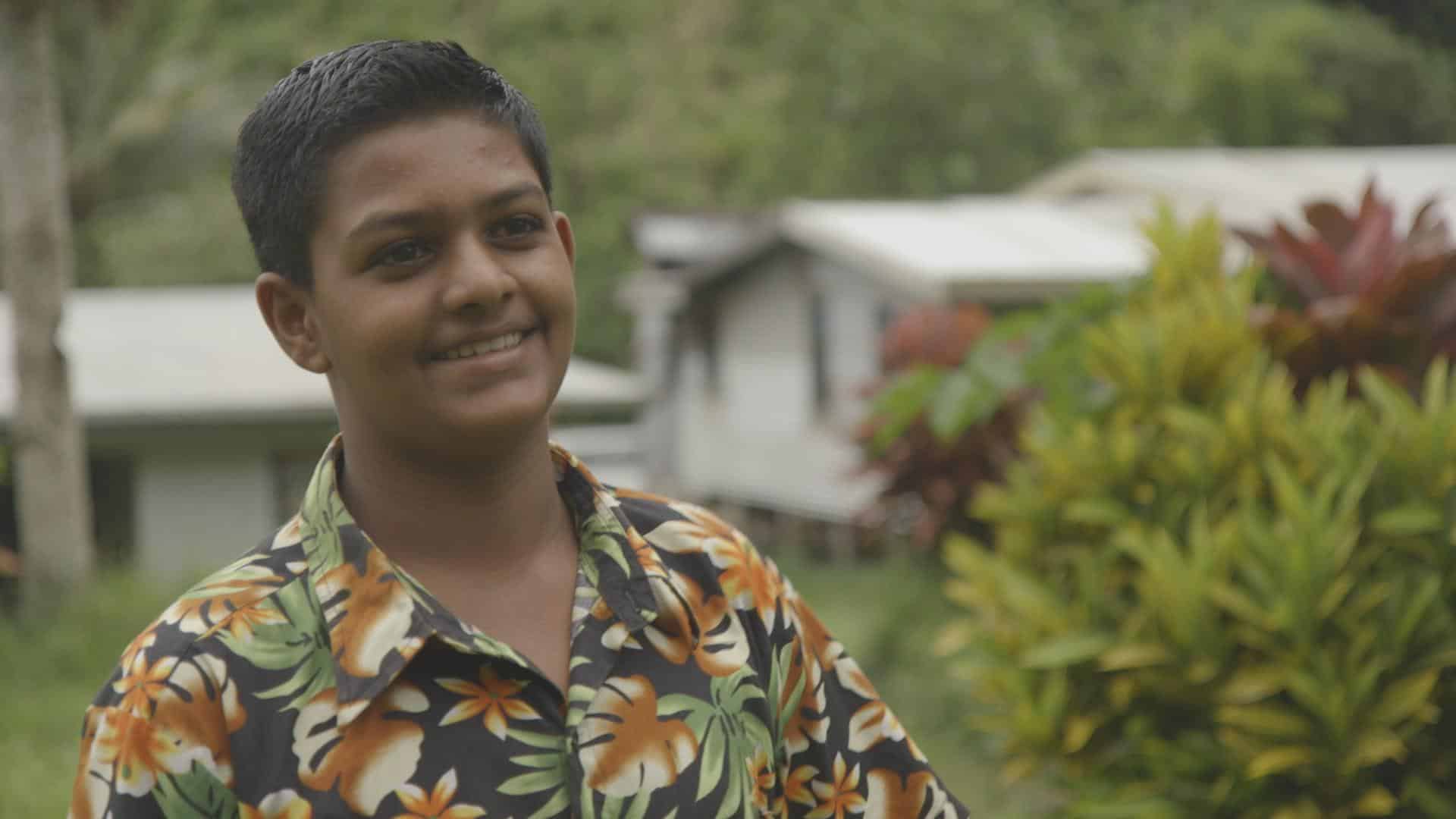 God saved Melvin following Lesson One of The Greatest Journey.

“My life changed completely,” Melvin said. He immediately began telling his family what he was learning—drawing the pictures in The Greatest Journey booklet and placing them on the wall of their home. Melvin and his sister lived with their grandparents in Vunika while his younger brother stayed with his parents in the capital of Suva on another island. His grandfather was the local Hindu priest and witchdoctor.

“Bring that Jesus”
Every week, The Greatest Journey class met in a different child’s home. By the fourth or fifth lesson, Melvin asked if he could host the class at his place. When they did start meeting there, attendance dropped at first.

“We don’t go to that house,” said the other children. “They do a lot of witchcraft there.”

Despite concerns, the class continued to meet at Melvin’s for practical reasons. He explained, “My house was by the road. It was rainy season and it was all muddy in other parts of the village.”

During the course, Melvin’s grandfather became so sick that he was not able to leave his room for a month. Asking Melvin to call Pastor Waisea to come and pray for him, he said, “Just tell him to bring that Jesus with him. I want to know that Jesus.”

Stepping into the grandfather’s bedroom filled with idols of snakes and stones, Pastor Waisea challenged him to abandon his false gods and embrace Christ. The grandfather did just that, praying to surrender his life to Jesus. Then when Pastor Waisea prayed for his sickness, he was completely healed.

Without shame, the grandfather immediately came out and sat with the children as they learned their next lesson about Jesus in The Greatest Journey. 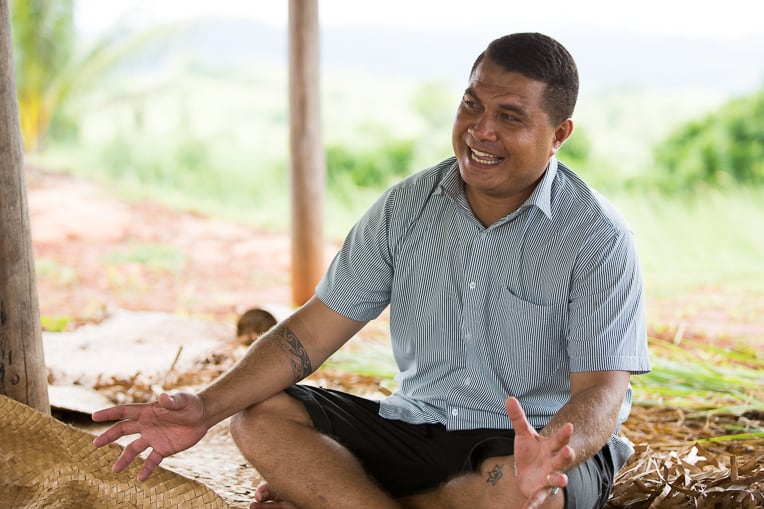 Word quickly spread through the village that their Hindu priest and witchdoctor had become a Christian. Parents and siblings of The Greatest Journey students wanted to learn about Jesus, too, so they sat in on the class at Melvin’s home. When the course ended, villagers asked Pastor Waisea to continue his long walks to Vunika every week to teach them. He agreed and a Bible study formed when Melvin’s grandmother and three other members of the community also became believers.

The Light Shines in Vunika
Melvin’s grandfather soon invited Pastor Waisea to hold church services in a 10-by-10 foot shelter in his yard. As the pastor taught the Word, more and more members of the community turned to Christ. Soon they extended the corrugated metal roof of the shelter another 10 feet to accommodate more people.

Outgrowing this structure, Pastor Waisea and Melvin’s grandfather approached a neighbor across the road about the possibility of building a church on his property. In answer to prayer, he offered them a quarter of an acre of land. 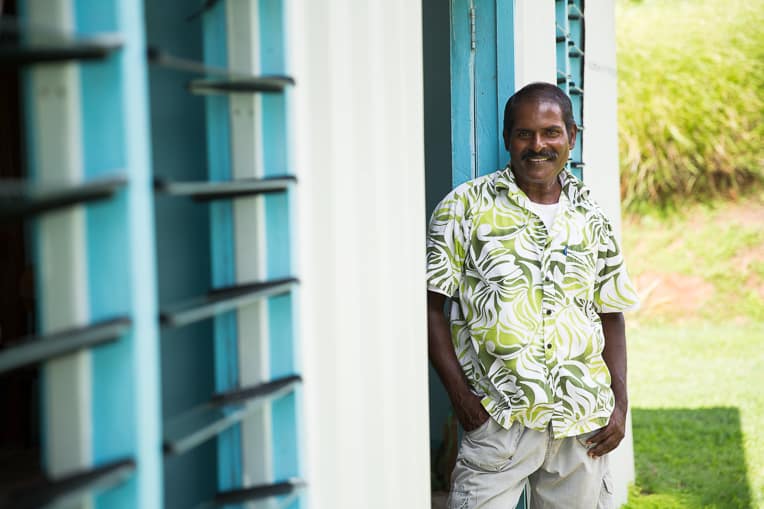 Elder Paul stands in front of the only church in his village.

Forty people came to the first service in that building. Now three years later, 80 attend regularly. Elder Paul Padiachy said, “On Tuesdays, Wednesdays and Saturdays these Hindu people used to have their own prayer meetings. When the shoeboxes came and the lessons were preached to the children in their homes, after about six months the Hindu prayer sessions vanished.”

Please pray for Christ’s Kingdom to continue to expand in Fiji and around the world through the witness of children. Pray for The Greatest Journey program to expand so that more children will receive the Good News. Jesus said, “Let the little children come to Me, and do not forbid them; for of such is the kingdom of God” (Mark 10:14).