"I saw the effect of unbounded fury" 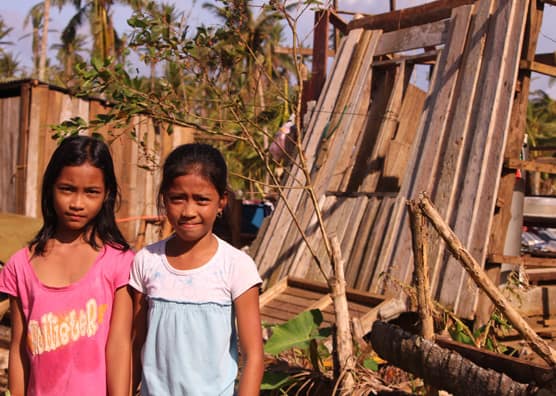 A Samaritan's Purse staff member surveys the damage from Typhoon Bopha in the Philippines.

When Typhoon Bopha hit the town of Baranga in the Philippines in late 2012, I was deployed to assess the damage and see how Samaritan’s Purse could help. The destruction was far-reaching.

Bopha hit around 6 a.m.   and the people living in the region experienced two to three hours of unbounded fury. Winds were 172 miles per hour; they toppled trees, tore off roofs, and even worse, toppled entire homes. All the schools and countless buildings were destroyed.

While I was there, I met a ten-year-old girl named Kim. The child described how she fought the elements to survive, crawling on her knees to her grandmother’s home amidst whirling debris and falling trees to reach shelter.

It’s a miracle that Kim survived, but her family’s home did not. The coastal paradise, with beautiful beaches and shady coconut palms, has been completely altered by the typhoon. This girl’s simple, yet good life has been demolished by the storm.

Please pray for the families in the Philippines who are still struggling to begin anew. May they find their hope in the Lord, who has promised that “though the mountains be shaken and the hills be removed, yet my unfailing love for you will not be shaken nor my covenant of peace removed.” (Isaiah 54:10, NIV).