How pigs can change a life 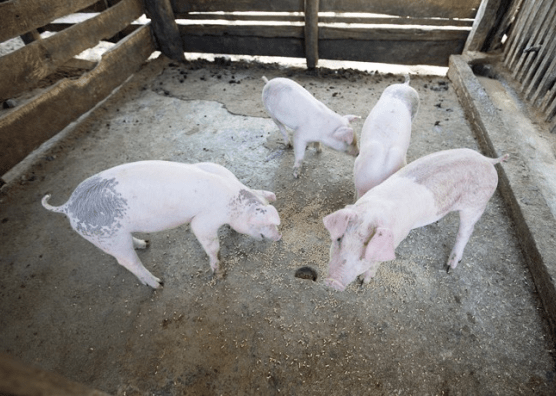 A small investment in pigs multiplies and eventually empowers a rural Cambodian family to build a much-needed new home.

Khiem Moeun and her family were living with a number of challenges. She had eight family members living in a one-room thatch and bamboo home. Because of the cramped conditions, her three teenage children were often sick. They also had no way of traveling to school.

Fortunately, Canadians’ generous donations to Samaritan’s Purse have helped set this family on a different path-one of health and hope.

Khiem and her family received help starting a vegetable garden, as well as raising chickens and pigs. As it turned out, Khiem was a natural entrepreneur who simply needed a little help getting started.

She first raised four pigs. She sold those, saved the profits, and raised four more. Four pigs turned to eight, and eight turned to 16. Then Khiem sold the 16 and decided she could afford something she’d dreamed about building for her family for a long time: a new home. Now they live in a large wooden house that is big enough for the whole family and is much more secure.

But Khiem didn’t stop there. She continued to increase the number of pigs she was raising and saved the profits to purchase a motorbike. Now her teenagers can travel to school.

With the combined income and fresh food from her chickens, vegetables, and pigs, the family’s life has been completely changed. What was once a desperate situation is now a healthy, happy home where everyone can dream about the future.

The chief in Khiem’s village explained to a Samaritan’s Purse staff member that he’s witnessed many other success stories in their community as a result of what’s called the ‘Farm for Life’ project.

Increased income, decreased domestic violence, and less of a need for parents to have to migrate elsewhere for work-these positive changes have all led to healthier, more stable families throughout the village.

Many more families and communities around the world are in need of resources and training so they can feed themselves and meet their other basic needs. Please give generously today.