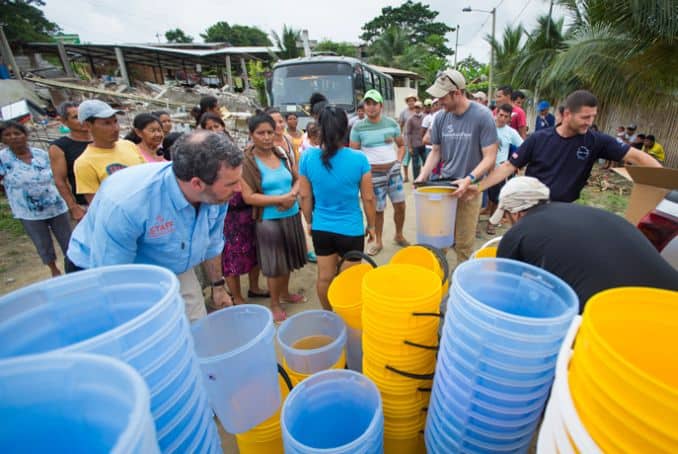 "There's thousands injured," said McBurney. "Hundreds of thousands are in need of some type of aid."

Guelph’s own Matt McBurney left for Ecuador on Friday to support the Samaritan’s Purse mission to provide aid and relief for those affected by the earthquake.

The earthquake has claimed more than 654 lives to date.

“There’s thousands injured,” said McBurney. “Hundreds of thousands are in need of some type of aid.”

“I lived in Ecuador for eight years,” he said. “I have a connection to Ecuador that is quite big. My wife is Ecuadorian; my son was born there. So it has hit home.”

McBurney said that his first goal is “for me to be able to share the love of Jesus Christ with those in Ecuador who have been affected by the earthquake.”

While in Ecuador, McBurney will be helping out with anything ranging from translation, as he speaks Spanish, to interacting with the government and the United Nations.

Samaritan’s Purse is currently trying to assist with basic needs, such as water and shelter. The humanitarian organization has also set up a hospital to treat the injured.

“Some of the towns that were right at the center are just devastated, basically in ruins,” said McBurney.