Haiti, three years after the earthquake 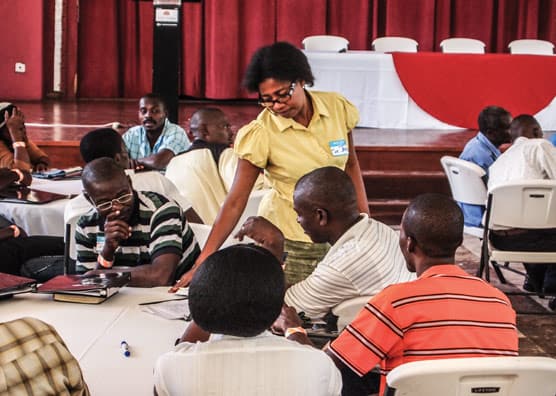 Thanks to our donors’ generosity, much work has been accomplished in Haiti since the devastating earthquake on Jan. 12, 2010. Three years later, progress isn’t slowing down, and over 9,100 people have made decisions to follow Christ.

January, 2013—Together with our local partners, our desire is to see Haiti transformed into a visible example of God’s redemptive power for a nation. Our relief and development efforts since the earthquake on January 12, 2010, have focused on bringing physical, emotional, and spiritual healing to communities by empowering the local church to become a powerful resource for help and refuge.

Much work has been accomplished, hope recovered and many lives restored since the earthquake destroyed much of Haiti’s capital city, Port-au-Prince, and its surrounding communities. But there is still a long way to go if the country is to be truly transformed. Thank you for your generous gifts toward that end-please continue to faithfully support God’s work in Haiti through Samaritan’s Purse. By proclaiming the Gospel through our relief and development projects, over 9,100 people have made decisions to follow Christ.

Dozens of Haitian church leaders recently gathered to discuss a serious issue that’s been boiling beneath the surface for far too long: gender-based violence.

Prior to the earthquake such transformational conferences weren’t happening in this nation where 70 per cent of females have been affected by physical, verbal, or sexual violence. Times are indeed changing.

So far, over 360 church leaders have been sensitized about this major problem, in addition to many youth and even gang members, as well as countless others who have tuned in to  radio talk shows on the topic.

Up to 200 Haitians are being treated daily at the Samaritan’s Purse-funded clinic in the CitÃ© Soleil district of Haiti’s capital, Port-au-Prince.

Staffed by Haitian health professionals, it is the only free medical facility in the largest and most destitute slum in the Western Hemisphere. More than 109,300 patients have been treated through the clinic and its mobile medical services.

Since the earthquake, more than 142,100 patients have been treated through all of Samaritan’s Purse’s medical initiatives in Haiti, and among those, more than 1,100 volunteer medical professionals—including dozens of Canadians—have served.

More than 7,400 mothers have been educated in nutritional, prenatal, and postnatal care for their infants since 2010. Nearly 1,000 community health workers have also been trained to provide care and advice to mothers and pregnant women in their communities.

This year, as many as 7,600 more pregnant women and new mothers, as well as 10,000 children are being included in this initiative.

Other Samaritan’s Purse projects that have had tremendous impact on Haitians’ quality of life include efforts in clean water and sanitation, livelihood training, rubble removal, shelter and other construction projects, and food distribution.

Finally, Operation Christmas Child continues to open doors to the Gospel. Since 2009, more than 160,000 shoe box gifts have been delivered to children in Haiti, and in the last two years alone, more than 30,000 Haitian children have made decisions for Christ after participating in our discipleship program, The Greatest Journey. 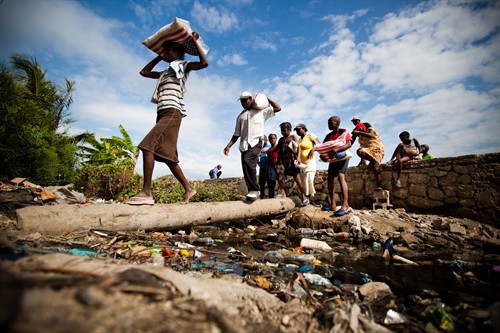