From Faith Today: Christ will rise everywhere. Easter in Uganda. 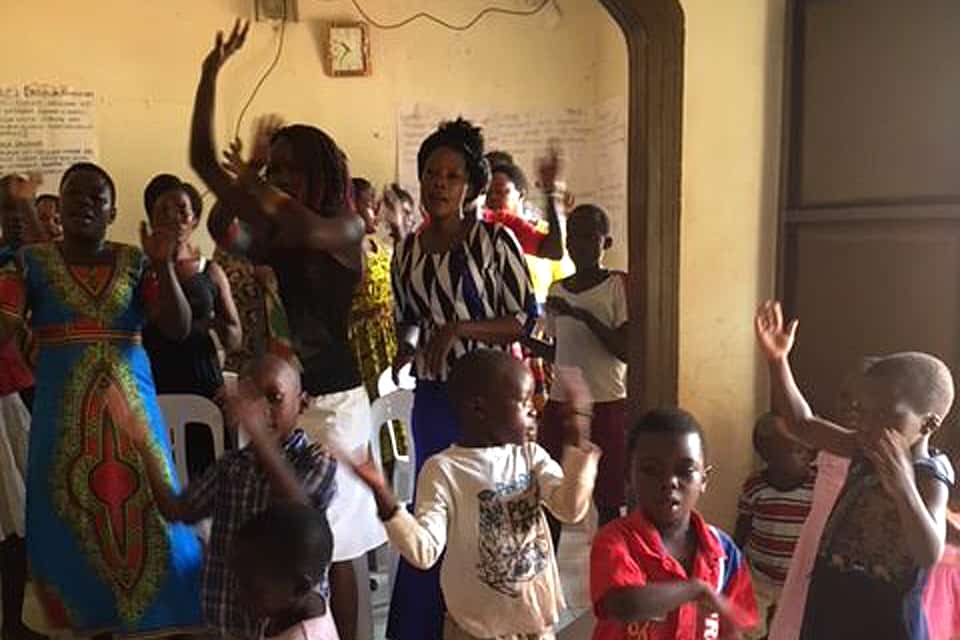 This time last year I spent Easter in Northern Uganda. I was part of a small media trip hosted by Samaritan’s Purse Canada, to visit refugee settlements and see the work happening there, deep in the field.

On Good Friday, we found ourselves driving down those long, dusty roads, skirting around towns and villages. I just now, sitting at the table in the EFC board room in downtown Ottawa, scrolled through my phone  searching my photos from a year ago. I was sure I had tried to capture the Good Friday parades we passed in several villages. I must have missed them though. There were no photos. Those were fleeting glimpses at best, and we were moving too quickly in our jeep, wrapping the parade in a cloud of red dust as we passed by them. But what I saw was beautiful and touching and left me wanting more. In each parade we drove by there was a man in  white, clerical garb leading a long line of women, men and children, and holding up high a simple wooden cross. I wondered if they were walking to church, or doing the stations of the cross in their village? But it was just a glimpse in the dust. It reminded me though that the Church is everywhere, that Good Friday is everywhere, and so is Jesus, risen. It may be that He is even more visible here, the wounded Saviour in this place that is both wounded and beautiful, full and empty, rich and poor. I think that is so.

Then, on Easter Sunday, our team attended church at a home for women and girls rescued from prostitution. It is called the Sanyuka Women at Risk ministry and it is run by a formidable woman named Mary Zema. On Easter Sunday she wore a gorgeous blue and silver gown, and you could tell she was the matriarch of this home. Rescued from a life of prostitution herself by a Christian who told her she was beloved, Mary set up this home and goes out into the streets to tell other women the same thing. She brings them back and restores them over the course of a year, teaching them to read and write and training them in employable skills, and caring for their children who bounced off the walls and danced with an enviable abandonment on Easter Sunday morning. “He is giving you new life,” said the preacher that morning. “The Jesus you believe in, He has power. God has rescued you.”

We spent hours there that day, listening to preaching, singing, shifting but not really dancing — very Canadian of us — and eating a generous and abundant meal provided by the ministry. I sat under a tree and talked to some of the young mothers. We interviewed Mary who said this beautiful thing that I scribbled down in my notebook: “Grace comes with value.” She said when she was on the streets, she thought she was rubbish. Then she said: “But when Christ claimed me, I knew I was wonderfully made.”

Karen Stiller is a senior editor of Faith Today.