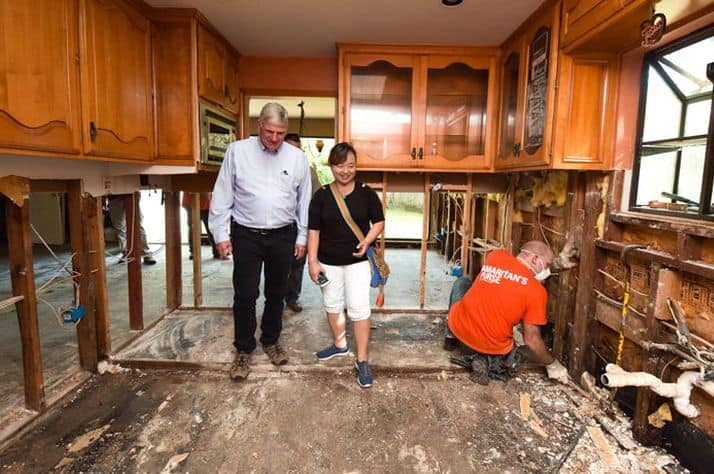 The Samaritan's Purse President traveled to the Bayou City to measure progress in our disaster response. 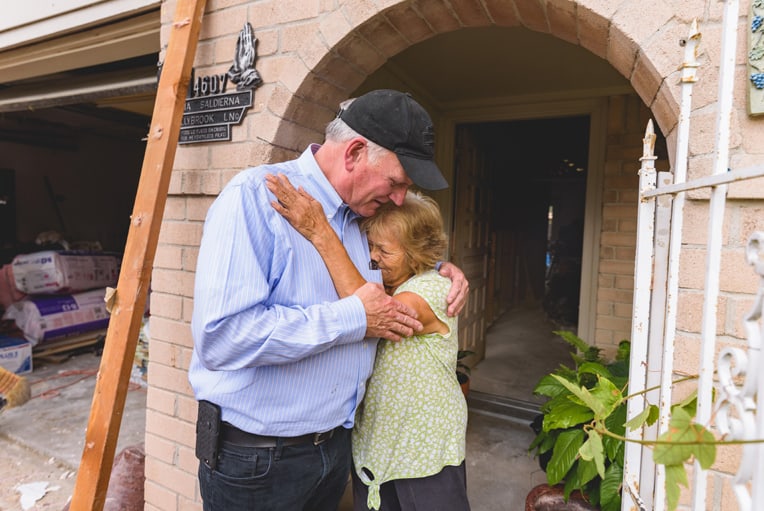 Franklin Graham helps console Margarita Cruz Saldierna, who was tearful as she talked about the storm’s damage to her home.

Franklin Graham was in the Houston area this weekend to pray with, comfort, and encourage homeowners still struggling to recover after Hurricane Harvey’s floods. He also met with our volunteers and leaders from our partner churches.

On Friday, Graham traveled to work sites connected to our city base, where we are hosted by Christ Evangelical Presbyterian Church. From this site, which opened the first week of September, we’ve had more than 2,500 volunteers help over 360 homeowners. We praise God that 70 individuals have recently placed their faith in the Lord Jesus Christ.

“We’ve got volunteers from all over the United States that are helping, working, and
making a difference—and they’re doing this in Jesus’ Name,” Graham said. “We thank each and every one who has come to be the hands and feet of the Lord Jesus Christ.” 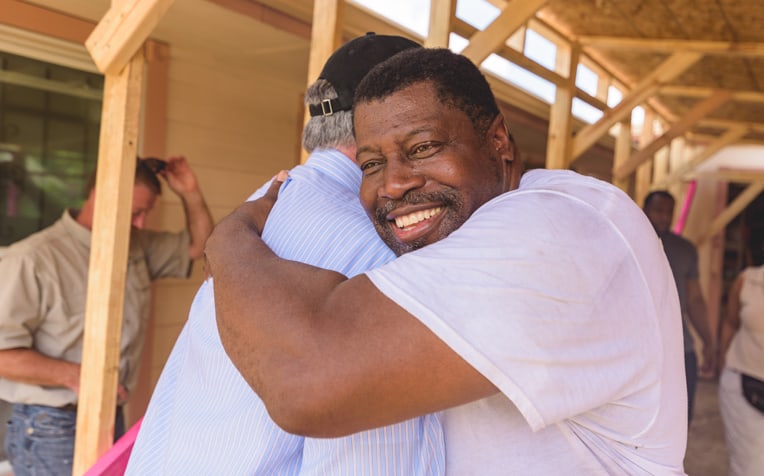 While in Houston, Graham met homeowners George and Arba Dorsey, who had to be evacuated from their home. Harvey’s rains left nearly two feet of water in their home. George expressed to Graham his gratitude for the volunteers who came to help in his time of desperate need.

“People are responding in a miraculous way,” George said. “Thank God for the hearts of compassionate people. [Samaritan’s Purse volunteers] are awesome,” he said, and the work they did brings “hope for tomorrow.”

On Saturday, Graham was in Pearland, just 20 miles south of Houston. He met homeowners and volunteers at work sites around Crosspoint Church, our host congregation.

Samaritan’s Purse has been working in Pearland for weeks, with more than 1,300 volunteers having completed work on over 250 homes so far. We give thanks for 45 people who have trusted Jesus Christ as Lord and Savior during the response from this base.

In November, we will begin a two-year rebuild project in Pearland. Our volunteers will be called on to do both restoration work and new construction.

Harvey dumped over four feet of rain in the Houston area, with Cedar Bayou receiving a record-breaking 51.88 inches. The storm damaged an estimated 200,000 homes across southeast Texas.

We are currently mounting a disaster relief response from five locations in Texas: two in the Houston area, and one each in Rockport/Portland, Santa Fe, and Victoria. In addition to our rebuild project in Pearland, we will also start a similar project in Rockport next month.

In response to recent hurricanes, more than 10,000 volunteers have served with Samaritan’s Purse in Texas (Harvey) and in Florida (Irma). Those volunteers have put in over 180,000 hours of work. More than 500 men and women have been saved by God’s grace! 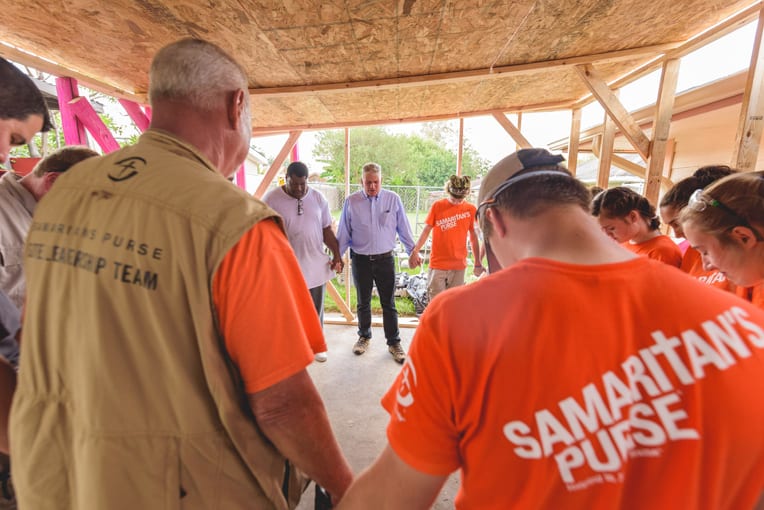 Please continue praying for Hurricane Harvey victims. Pray that people will be strengthened in their faith, and that many will hear the Gospel of Jesus Christ and will be saved.