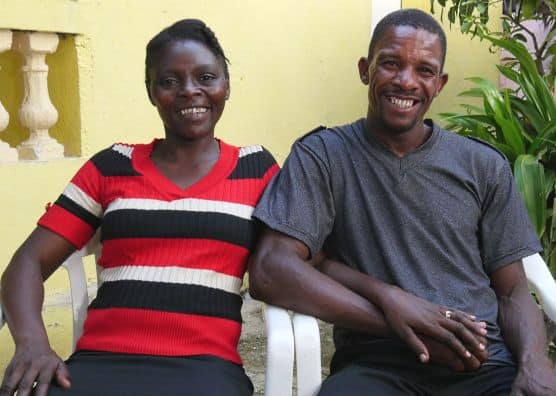 Samaritan's Purse is working to eliminate gender-based violence in Haiti through education and the Gospel of Jesus Christ.

Young and old, rich and poor,   educated and uneducated are impacted by this physical and emotional nightmare, which has gone unchecked through Haitian society for many generations.

In the case of Jeanty Getho and his wife Gracilien Yolette, it touched the home of a pastor and his wife.

Jeanty says while the early years of their marriage were good, problems began when in-laws and other nearby relatives began to interfere in their marriage and create friction.

That friction led to Gracilien refusing to do work around the house or be intimate with her husband.

Jeanty says they could see their relationship was beginning to change as the fights began to escalate.

“There used to be verbal violence, and there was a time when I hit her,” Jeanty says, then notes that, as a Christian and a pastor, he knew this behavior was wrong and needed to change. 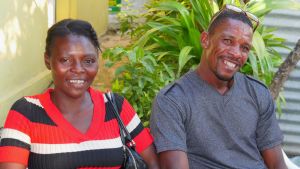 Samaritan’s Purse gender-based violence programs are making a difference in the lives of Haitians.

Thanks to donations from generous Canadians like you, Samaritan’s Purse organizes events with church partners to teach pastors and ministry leaders about gender-based violence, how to confront the problem, and how to counsel men and women.

Samaritan’s Purse provides partners with training materials and Bible studies so that while education about gender violence can begin to change attitudes, the Gospel of Jesus Christ can change lives.

Jeanty and Gracilien have seen such an improvement in their marriage that now Jeanty uses the pulpit in his church to spread the message.

“I would like to see my children changed by this, because there is a lot of things that can cause trouble for families,” says Gracilien. “I would like them to have strong communication so that there will be less gender-based-violence in their families.”