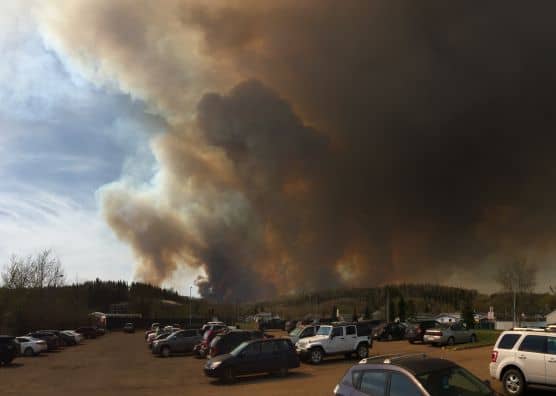 The music director of Fort McMurray's Christian radio station was on-air before he had to join thousands of others evacuating the wildfire-threatened city.

Canadians watched in shock and disbelief as much of Fort McMurray, AB was devoured by flames from a raging, fast-moving forest fire.

Those who experienced the devastation first-hand had little time to let the reality of the disaster settle in since an evacuation order for the entire city forced tens of thousands into utter chaos as a wall of flames encroached on the northern Alberta city. 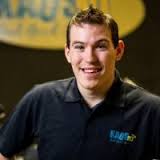 JD DeRaadt, music director at the city’s Christian radio station, KAOS 91.1, was among those in the mass exodus of frightened and shocked residents.

“I was on air alongside my colleague at the radio station until we had no choice but to leave,” said DeRaadt. “I felt an incredible range of emotion: fear and doubt mixed with hope and faith. I saw a circle of fire surrounding us from downtown-a sight like that comes straight out of a movie.”

DeRaadt, like thousands of others, had little time to retrieve any personal items before evacuating the city. He left with his passport, Bible, and laptop, with only a hope that he may have a home or any possessions remaining when he returned.

Gridlock traffic made escape incredibly slow and tense on Highway 63 south, the only route out of Fort McMurray. But DeRaadt says throughout the fear of the fire and the chaos of the evacuation, his faith in Christ and in the generosity of others-who shared everything from food to jerry cans of gasoline for weary evacuees-helped carry him through.

“The resiliency of Wood Buffalo will continue, and the moment we’re able to return, I’ll be back in Fort McMurray to help our city return,” said DeRaadt at the time. “We will rebuild, and be better than ever. I’m thankful to God for His provision.”

On May 3, 2016 Fort McMurray, Alberta was evacuated due to a massive wildfire that engulfed the city and region of 80,000. Over 2,400 buildings were destroyed in the fire. Residents have been returning since the evacuation order was lifted June 1. On July 6, the Alberta government announced the fire was under control. Samaritan’s Purse sent  staff and volunteers to the area, to meet  the physical needs of residents while sharing the love of Jesus.