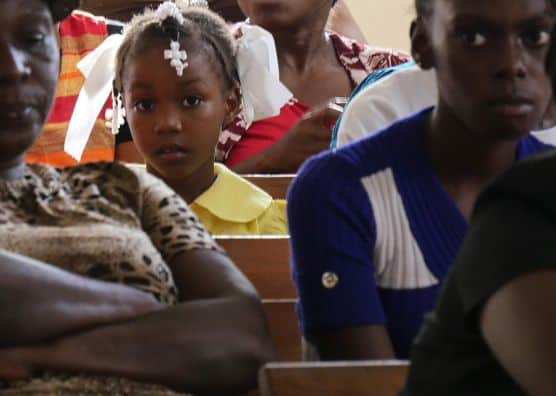 Samaritan’s Purse is helping to create a new future for families in Haiti.

September, 2015—To understand the horror of gender-based violence (GBV)  in Haiti, you need only look to the country’s laws and commonly held beliefs.

As recently as a decade ago, rape wasn’t considered a major crime.

This attitude, and the fact  that women are seen and treated as second-class citizens in general, is still a reality in many Haitian households. But Samaritan’s Purse is using donations from people like you to work with church partners to change behaviors one home at a time.

Haiti is steeped in a history of slavery, government oppression, poverty, and natural disasters such as the devastating 2010 earthquake that killed more than 200,000 Haitians. Weaving its way through all these tragic points in history is violence that’s deeply rooted in Haitian homes and communities.

“Gender-based violence was known as something normal here in Haiti where mostly women were being beaten, raped and abused in different ways. It was after the revision of the law in 2005 they started to recognize those acts as GBV,” said Johny Jean, Samaritan’s Purse project coordinator. “It is difficult to reach the whole nation and change their mindset on this issue. But our program has done a very good job by training women to know their identity and their value.” 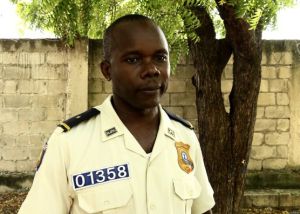 One of those on the front lines is Insp. Deforge Alain Jean Clonel, of the Haitian National Police’s Gender-Based Violence department. His department fields thousands of calls from women facing domestic abuse, a problem that worsened following Haiti’s devastating 2010 earthquake.

“Before the earthquake, there were structures in place to combat gender-based violence, but much of that was lost,” he says. “Although we don’t have all the means we once had, we continue to fight.”

The department is partnering with Samaritan’s Purse to use education through church partners to stem the tide of violence.

Through Samaritan’s Purse church partners—90 church leaders in 45  congregations—counselling and training on the Biblical view of marriage is happening, along with workshops stressing the importance of treating women with dignity, and providing couples with alternative ways to resolve marital issues without quarreling or violence.

These programs have reached hundreds of people in Haiti, including members of the media, politicians, chiefs of police and United Nations officers.

“The training sessions greatly opened my eyes,” he says. “Even though my shows are not typically about gender-based violence, I always reserve time to send out that message. I want to be part of the people bringing change to my country.”

“There is an improvement in the attitude towards women, but we need people to be involved in that change,” says Insp. Clonel. “I’m grateful to Samaritan’s Purse because they are helping this movement to remain alive so we can train even more.

“The work is great, but there  are not enough people.”