Creating a new normal for abused women in Haiti 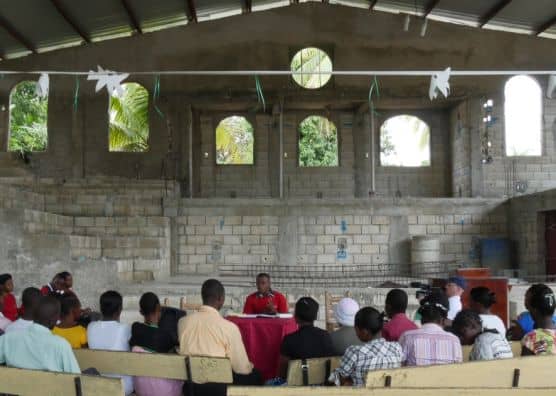 Samaritan’s Purse is partnering with Haitian churches to teach families a new and God-pleasing way to live.

September, 2015—The ease at which stories of domestic abuse are shared speaks volumes of just how accepted, and often expected, gender-based violence is in Haiti.

Samaritan’s Purse, however, is using donations from Canadians like you to partner with Haitian churches and teach families a new and God-pleasing way to live.

One of the married men to benefit from Samaritan’s Purse Gender Protection Program says because of Haiti’s cultural beliefs, he didn’t realize that what seemed so normal in his mind and marriage was even considered violence.

While gender-based violence has been a part of Haitian culture for many generations, the devastating 2010 earthquake that killed more than 230,000 people and left more than 1.5 million homeless made life and everyday survival more difficult. And that made verbal and physical abuse more rampant. 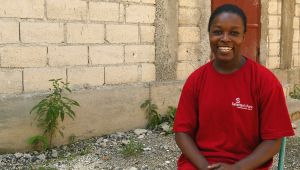 Even prior to the quake, studies by the Haitian Ministry for the Status of Women and Women’s Rights showed that nearly 80 per cent of women in Haiti face abuse in their lifetime, and that 33 per cent of women believed that a man has the right to beat his wife or common-law partner.

The stories of abuse seem endless.

During the training program, one woman shared of being punched in the face for not doing dishes; another was trapped in a sexually abusive relationship because she couldn’t support herself or her children without the financial support her partner provided.

Marie Rene is a 33-year-old married volunteer who was trained in gender-based violence prevention through a Samaritan’s Purse church partner. She wants to see the violence that is such a part of life in Haiti instead be left as a sad chapter in the country’s history alongside memories of the earthquake.

“There are a lot of cases of violence in our community… and we just wanted to do what’s best for the community,” she said, adding that while they address issues of domestic abuse within their congregation, the gender-based violence program enables them to reach the community as a whole.

“I feel very happy to be a part of this. One person can’t do everything, but we are connecting with others so that together we can change the culture.”

Samaritan’s Purse Gender Protection Program teaches pastors and ministry leaders about gender-based violence, how to confront the problem and how to counsel men and women. Putting Canadian donations to work, Samaritan’s Purse provides training materials and Bible studies so that while education about gender violence can begin to change views, the Gospel of Jesus Christ can change lives.

“I feel very happy to be a part of this,” said Rene. “One person can’t do everything, but we are connecting with others so that together we can change the culture.”

Besides training families and counsellors in a Biblically based model of family relationships, Samaritan’s Purse in Haiti is also partnering with other groups—including police and media—that are working to change attitudes on gender violence.

During a recent training program at the Eglise Du Nazarene De Leogane church, there were many children in the seats alongside their parents and Rene said it’s encouraging to see the next generation being impacted by the program.

“Those children start learning now and when they get older they won’t be abusers or accept when people abuse them,” Rene said.