Colombian teacher takes children on The Greatest Journey to Jesus 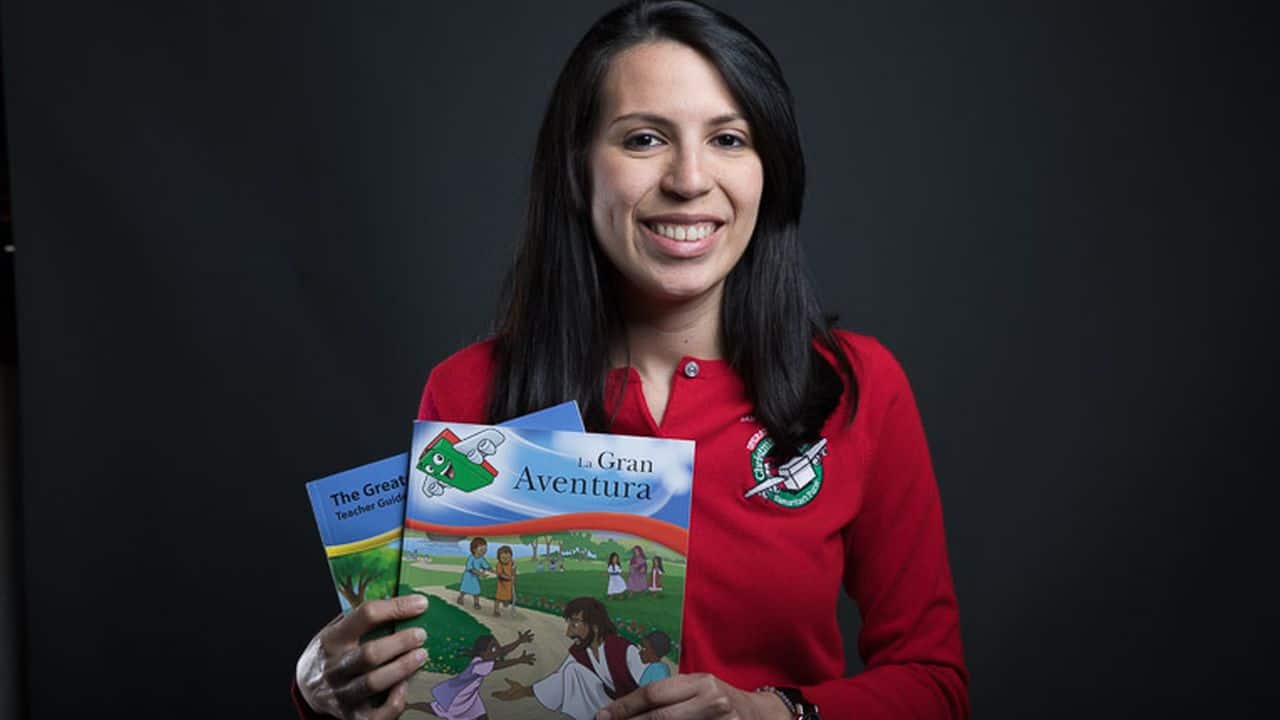 Since 2009, Samaritan’s Purse has trained more than 718,000 volunteers around the world to teach The Greatest Journey discipleship program. Gina Paredes is one of them.

She grew up in Colombia, South America, when it was wracked by civil war. She lived in the coastal city of Cartagena with her mother and brother in a house full of aunts, uncles, and cousins. On holidays, she occasionally visited her father, who lived with another family. But when she was 9, he was kidnapped by armed communists.

Fearing more violence, Gina’s mother fled with her family to Bucaramanga—a city 450 miles away in the mountains. The first thing she did there was look for a church.

“Mom didn’t believe we could do anything without God,” Gina said.

A church in Bucaramanga welcomed the family and helped them find a place to live. As Gina began attending services for the first time, she began to hear about Jesus. “I didn’t have a father, but I could see God taking care of me,” Gina said.

“I didn’t have a father, but I could see God taking care of me.”

Four years later at the age of 13, Gina asked Jesus Christ to forgive her sins and trusted Him as her Lord and Savior. Eager to share her joy with others, she immediately got involved in children’s ministry with her church.

As Gina continued to grow as a believer and as a teacher, she worked hard to prepare materials to share with her classes—sometimes photocopying handmade drawings for her students.

Gina is one of hundreds of thousands of teachers trained to teach The Greatest Journey.

At the first meeting, she learned how central the Gospel is to the Samaritan’s Purse project. “It was not a simple shoebox, it was a holy thing which allowed God to begin working in children’s lives,” Gina said.

“That day, I wondered how my life could have been different if I had received a shoebox as a child when I felt hopeless.”

In addition to the shoebox gifts, the materials for The Greatest Journey were a welcome change from her homemade handouts. Children found the colorful student workbooks engaging, and the teacher guide offered many helpful tips regarding how to prepare and present each lesson.

Gina said, “Operation Christmas Child shoeboxes and the follow-up discipleship program, The Greatest Journey, are a beautiful opportunity for children experiencing war, violence, or abandonment to receive the best gift ever: Jesus’ love.”

‘I Want to Teach Others About Jesus’

Among Gina’s students was a tall 11-year-old girl named Angy, who was self-conscious because one of her arms was shorter than the other. In addition, her mother had abandoned their family, and her father worked a lot. This left Angy to care for her 2-year-old sister. Food was scarce for the family.

But Angy came to The Greatest Journey classes every Friday. Even though she always had her little sister with her, Angy always volunteered to help Gina by passing out papers or pencils. 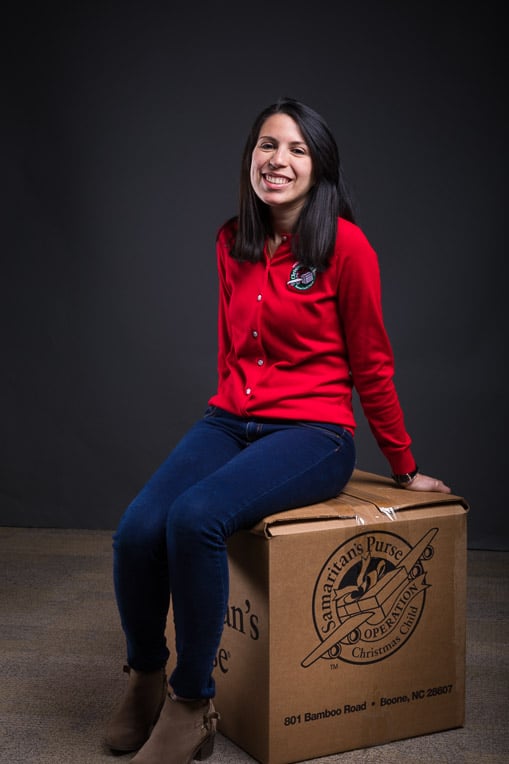 Gina is committed to teaching the next generation God’s Word.

As she learned week by week how much Jesus loved her, Angy decided to trust Him as her Lord and Savior, and the Holy Spirit began to transform her thoughts and behavior. Through Gina’s example, Angy learned that things from her childhood didn’t have to dictate the rest of her life. She was excited about what God could do in her life. “Therefore, if anyone is in Christ, he is a new creation; old things have passed away; behold, all things have become new” (2 Corinthians 5:17).

Even after her family moved to a different neighborhood, Angy walked 45 minutes with her sister in her arms so she could complete the classes. One day it was raining, but she still showed up—drenched but smiling—and said, “Here I am!”

Gina was humbled. “That day I rejoiced as I saw how God was working on her heart and how much she’d grown to love Jesus.”

As Angy’s graduation day grew near, she spontaneously said to Gina, “One day I want to be like you and teach others about Jesus.”

“What more could I ask for?” asked Gina, proud that Angy is now a disciple of Christ.

Angy is just one of more than 6.9 million children who have made decisions for Jesus through The Greatest Journey during the past nine years. Please pray that each one would remain faithful to the Lord and continue sharing His love with others.

Gina is currently serving a three-year stint as a Spanish teacher in South Carolina. During this time, she is telling others about her experiences as a teacher of The Greatest Journey. She is grateful for those who pack shoeboxes or support the discipleship program: “You’re the ones who are sending us and giving us the tools.” The partnership is making an eternal difference.