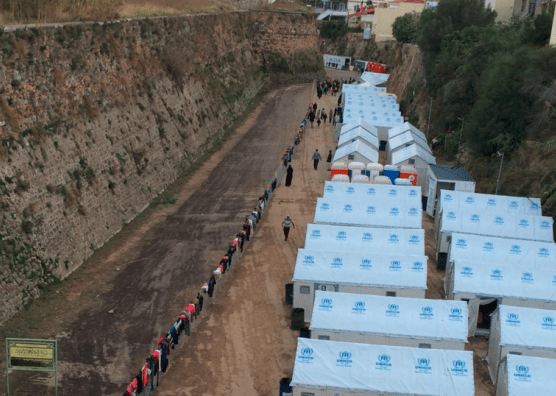 Reflections from the front lines of the Syrian refugee crisis.

November, 2015—Today was exploration day as I prepared to assume leadership on Chios. We visited two camps this morning where refugees were being received, given water and some food and being processed by local authorities. Our staff has been instrumental in showing love and respect to the hundreds of refugees they interact with on a daily basis.

This afternoon we completed our assessment tour at Souda camp. To me this camp is the jewel of the island. Two massive RubHaul tents bookend the camp, one for families and the other for single men. In between them are dozens of refugee housing units (RHUs)—essentially rigid temporary structures designated in this case for families with special needs (disabled, young children, etc…).

My first impression  of this camp was how overwhelmingly clean it was. It was not only clean, but safe. Countless hours were spent every day ensuring this space was, indeed, a refuge, a place of dignity.

A fence surrounded one side of the camp to protect a historic castle wall, but even it was modified to allow for a laundry line for families to dry their wet clothes  after the harrowing trip across the Aegean Sea. The fence also served to keep the camp safe as Samaritan’s Purse posted security on each entrance.

The crown jewel of this camp was the refugee housing unit which had been converted into a children’s centre  staffed by the Spanish Red Cross. The idea is to provide a place of refuge for children to color, do puzzles and generally be human children for a brief moment in the midst of an awful journey from hellish conditions to an unknown destiny.

A place of refuge

In this brightly-decorated structure with  its polka-dot exterior and interior plastered with children’s art, the harsh reality of life waited outside while laughter and imagination reigned inside. I stood at the door as a mother dropped her daughter at the center. Her face bore the scars of having been horribly burned in her past… a product, no doubt, of the nation and culture from which she was fleeing.

I can only assume that her journey was made to protect her children from any remotely similar fate. She was met at Souda with love, not judgement. Her child was loved, hugged and valued. They both will be treated with dignity here because they are image bearers of God.

As we interacted with refugees and staff members across three camps today it became evident that everyone has some very specific reason they left their country. Among these reasons:

It  became instantly clear that the refugee crisis and solutions are infinitely more complicated than I could ever imagine. The flow of people is unpredictable, the method of moving is unsustainable and almost all of it is inhumane.

While I recognize that I have just about zero control of the politics and policies leading to this crisis, I have been given the privilege of being Christ to these people, however briefly, and I rest in the reality that He is the only hope for a better life on their journey.