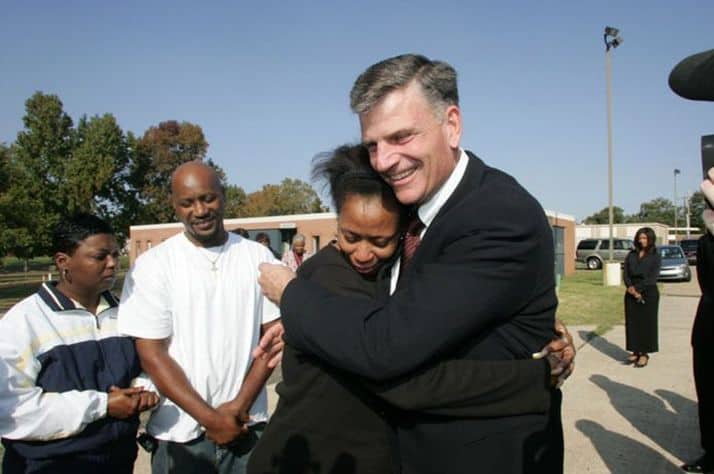 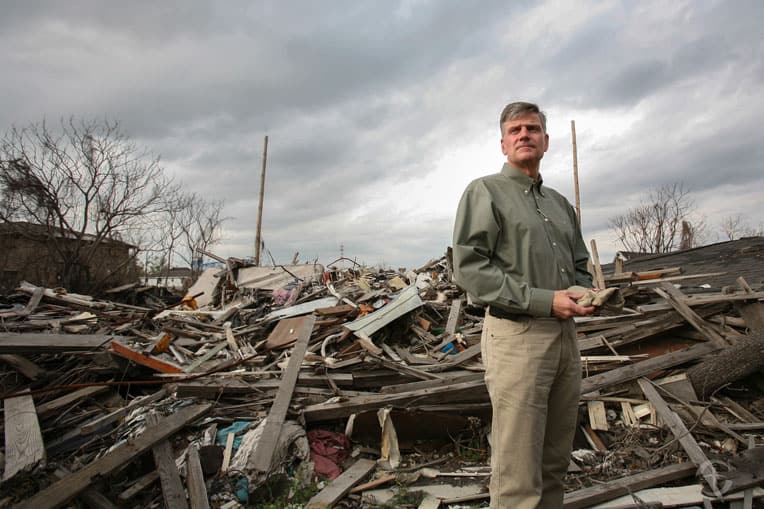 Hurricane Katrina was unlike any storm we had faced. Days of rooftop and water rescues were covered on local and national news, followed by death tolls, reports of violence and looting, and the horrors as large parts of New Orleans were forced to live for days in a football stadium without power, water, or police presence to protect them.

In the days and weeks after Hurricane Katrina made landfall, devastating 400 miles of coastline across multiple states, Samaritan’s Purse began working in three locations in Mississippi and in Louisiana. We helped homeowners tarp damaged roofs and clean up their homes and yards—but on a much larger scale.

Luther Harrison, vice president of North American Ministries for Samaritan’s Purse, said God had prepared us during storms of the previous year for the expansive response Katrina would require. In 2004, almost exactly a year before Katrina, powerful hurricanes Frances, Jeanne, Ivan, and Charley all struck Florida, and it was after this that our capacity increased.

“God knew Hurricane Katrina was coming,” Luther said. “He knew the needs we would face and He prepared us through the support of donors.”

One donor in particular provided funds that year for more plastic sheeting, two more disaster relief tractor trailer units, and money to go toward rebuilding homes—all resources that enabled us to do what needed to be done during both the relief and rebuild phases of our Katrina response.

When the levees failed in New Orleans, allowing Lake Ponchartrain to empty into the city, Katrina turned from catastrophic to apocalyptic. Even today many areas of the city’s Lower Ninth Ward are abandoned lots where there once were homes of a thriving community. 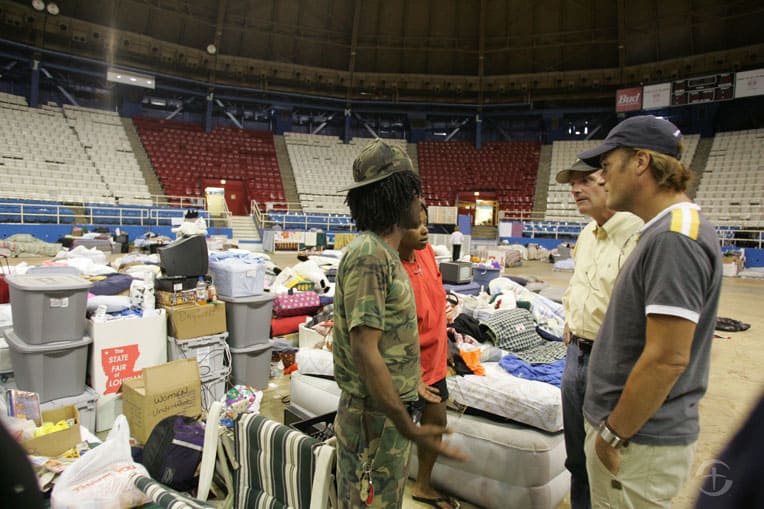 Franklin Graham and musician Michael W. Smith visited with residents who had to evacuate their homes after Hurricane Katrina.

But praise God many areas of the city decided to rebuild the homes that Katrina destroyed. For more than five years Samaritan’s Purse helped many families in Mississippi and Louisiana return to their homes through the prayerful support of donors and the tireless work of volunteers.

In fact, more than 15,000 volunteers joined our relief and rebuild work in those states. They completed clean up on nearly 6,500 homes during our relief response and finished rebuilds or repairs on more than 960 homes during a five year rebuild project.

Harrison said during this rebuild project he saw God’s power on display through the love and partnership of local churches. Churches opened their doors to the community and to our volunteers and rallied together to help their city in need.

“Our anchor is always the church,” Harrison said. “In New Orleans we had churches that were trying to get back on their feet who were also housing our volunteers. Imagine that. Disrupting your operations for years so you can house and serve volunteers.” 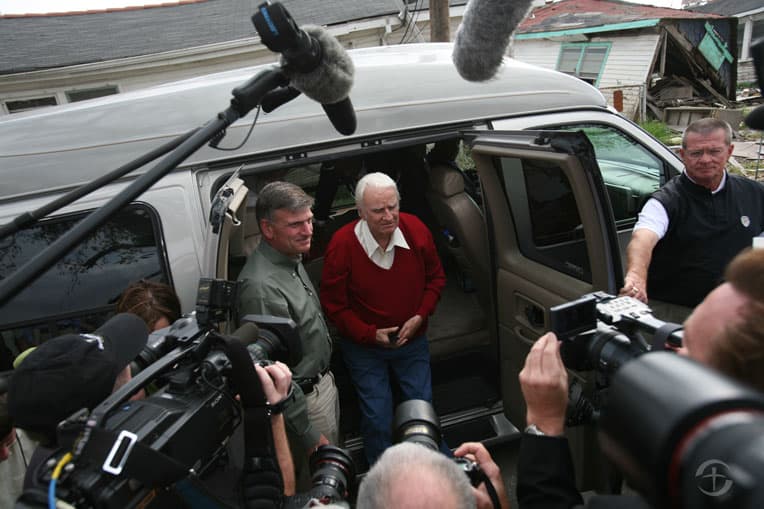 Reverend Billy Graham visited New Orleans, delivering a Gospel message to the city during his “Celebration of Hope” crusade.

And in the middle of all that, Reverend Billy Graham gave one of his final public Gospel presentations to an audience of nearly 17,000 people at the New Orleans arena during his “Celebration of Hope” crusade. Rev. Graham also toured areas of the Lower Ninth Ward and other parts of Saint Bernard Parish.

Building Toward the Future

Almost exactly a year after Hurricane Katrina, Harrison said he saw how God used our work in New Orleans to prepare Samaritan’s Purse for rebuild work in the years to come.

“In New Orleans I was in a short sleeve shirt and sweating in the Louisiana sun when Franklin Graham called and said ‘I need you to get up to Hooper Bay,” Harrison recalled. The small village of Hooper Bay, Alaska, had just burned and Samaritan’s Purse President Franklin Graham wanted to help rebuild.

“God used Katrina to prepare us for that,” Harrison said. And in the years since, God has used the increased capacity of our U.S. Disaster Relief program to offer relief to countless communities and help hundreds of families return home through our rebuild projects. 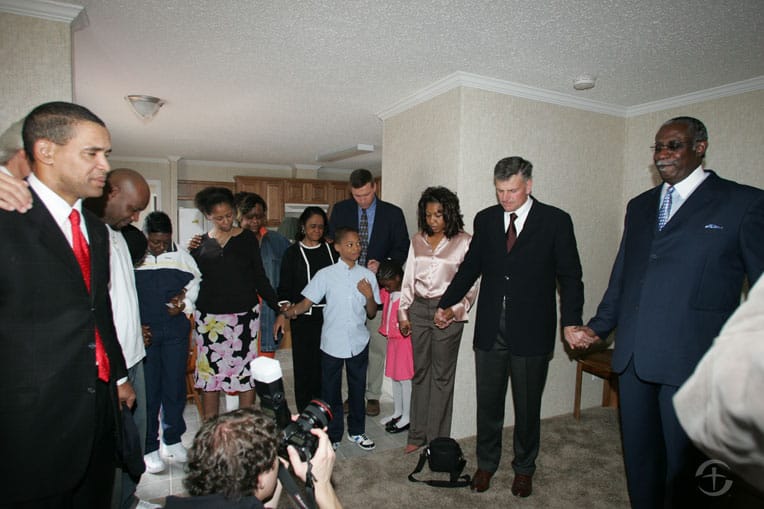