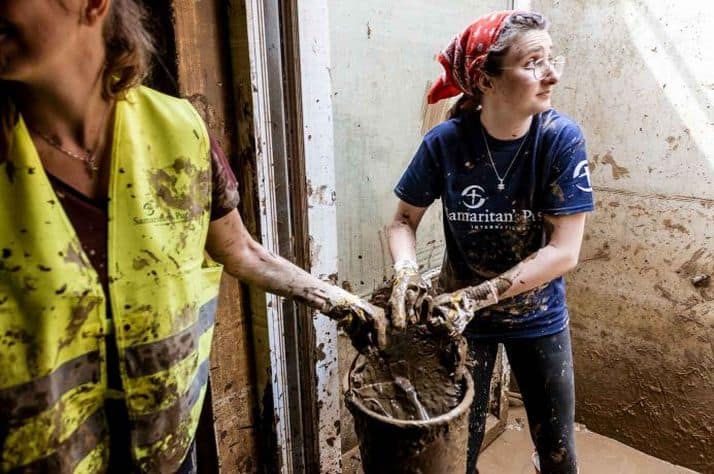 Samaritan’s Purse is working in Germany to bring comfort and hope to suffering residents after a deadly and historic natural disaster.

Cobblestone streets remain coated in several inches of mud while mounding debris piles lean against the homes of Ahrweiler, a rural district in Western Germany. As the sun rises each day, the quiet air gives way to the subtle roar of voices and scraping shovels as neighbors join together to aid their hurting neighbors.

On July 14, record amounts of rainfall caused the region’s Ahr River to overflow and spill out into surrounding towns. The resulting damage is something that hasn’t been seen in generations. Thousands of centuries-old homes and family businesses were destroyed as water and mud washed into villages at an alarming pace and nearly 200 community members lost their lives. 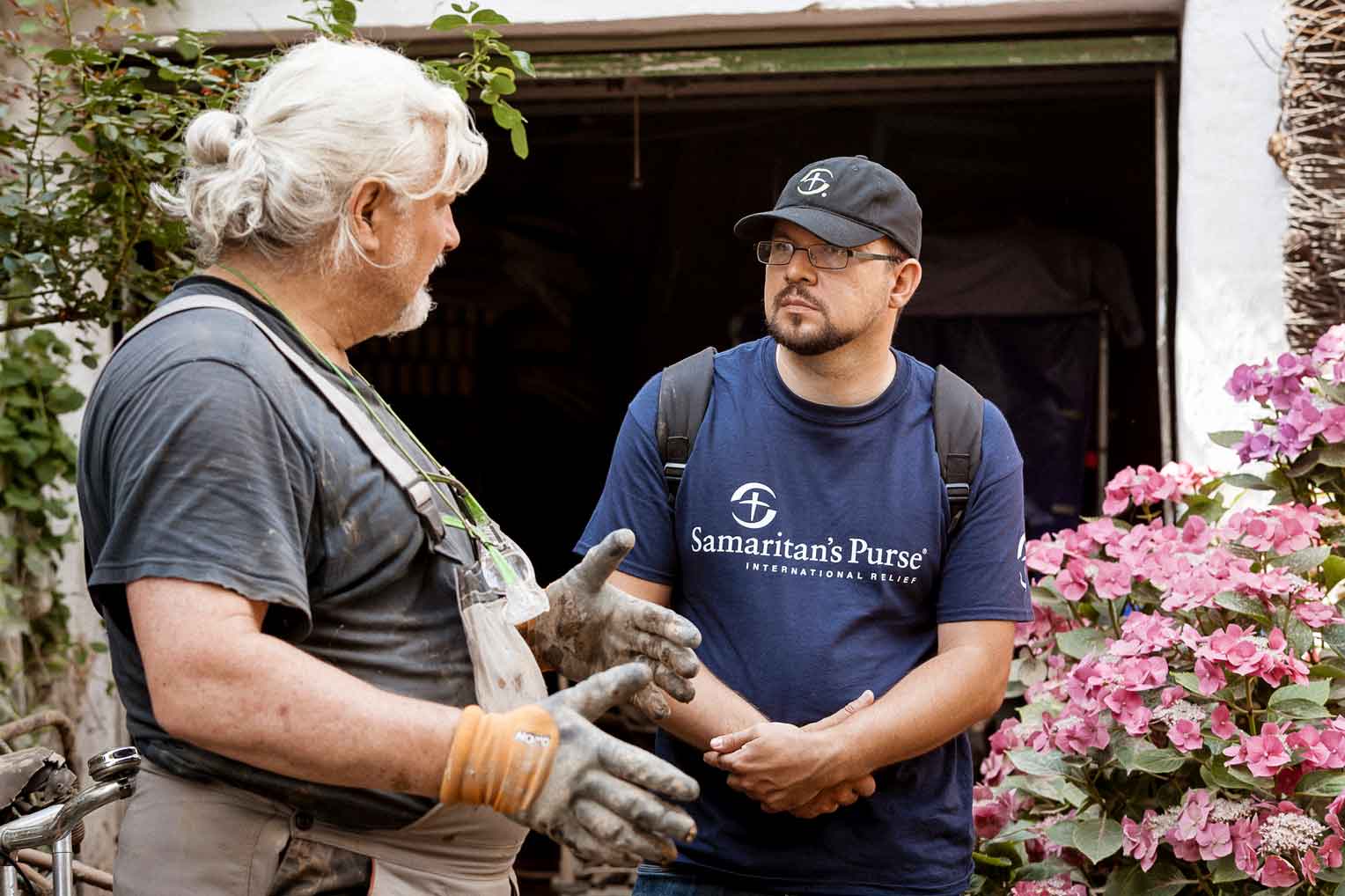 Michael Münn-Buschow talks with a Samaritan’s Purse staff member who is assisting in the recovery efforts.

“I looked out the roof window and suddenly the Ahr came closer and closer to us,” homeowner Michael Münn-Buschow said. He and his wife, Iris, live in a home that has been in Iris’ family for hundreds of years. Within a matter of hours, not only his basement, but also the first floor was under water.

Several days after the flood, Michael and Iris didn’t know how they would salvage their home. The task of removing the mud and waterlogged belongings seemed insurmountable. Then, they saw Samaritan’s Purse volunteers walking down their street.

“I saw employees from Samaritan’s Purse, I just spoke to them,” Michael said. “They came and helped us.”

‘A Light in Dark Cellars’

Esther and Christian Giller had one day off from work and normal responsibilities. The couple, who has been married for four months, attend our partner church in Cologne and knew that they had to help families in the wake of this disaster. 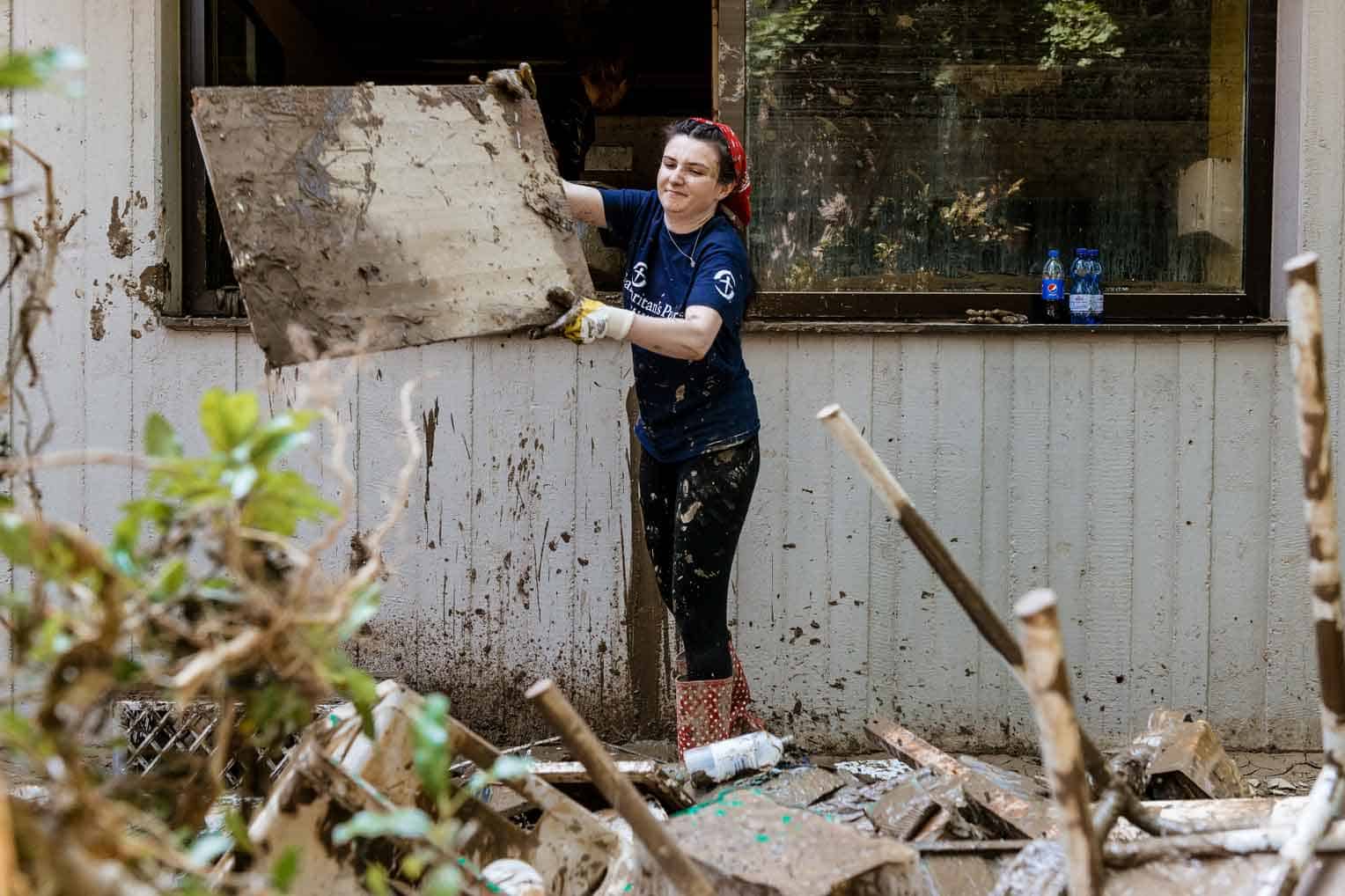 “I don’t think Jesus would be sitting in bed and doing other stuff,” Esther said. “We had a free day today and we just felt like being home in our house where nothing happened would not be something that is a sign of love. It’s just something out of love we should do.”

The couple’s mindset is shared by other Samaritan’s Purse volunteers. “Jesus came for the people. He served people and He told us to wash the feet of others, and this is what’s on my heart—serving others without looking to myself,” Samaritan’s Purse team lead Eduard Martens said. “These people are selfless. They were planning on vacations, but they didn’t go. They’re helping because their heart is for Jesus.”

More than the physical task of removing mud from homes, the Gillers want to provide emotional support and spiritual encouragement to hurting families.

“It’s so much dirt. You just feel with the people because you see photo albums and private things on the street and, it’s just, you are just sad with them,” Esther said. 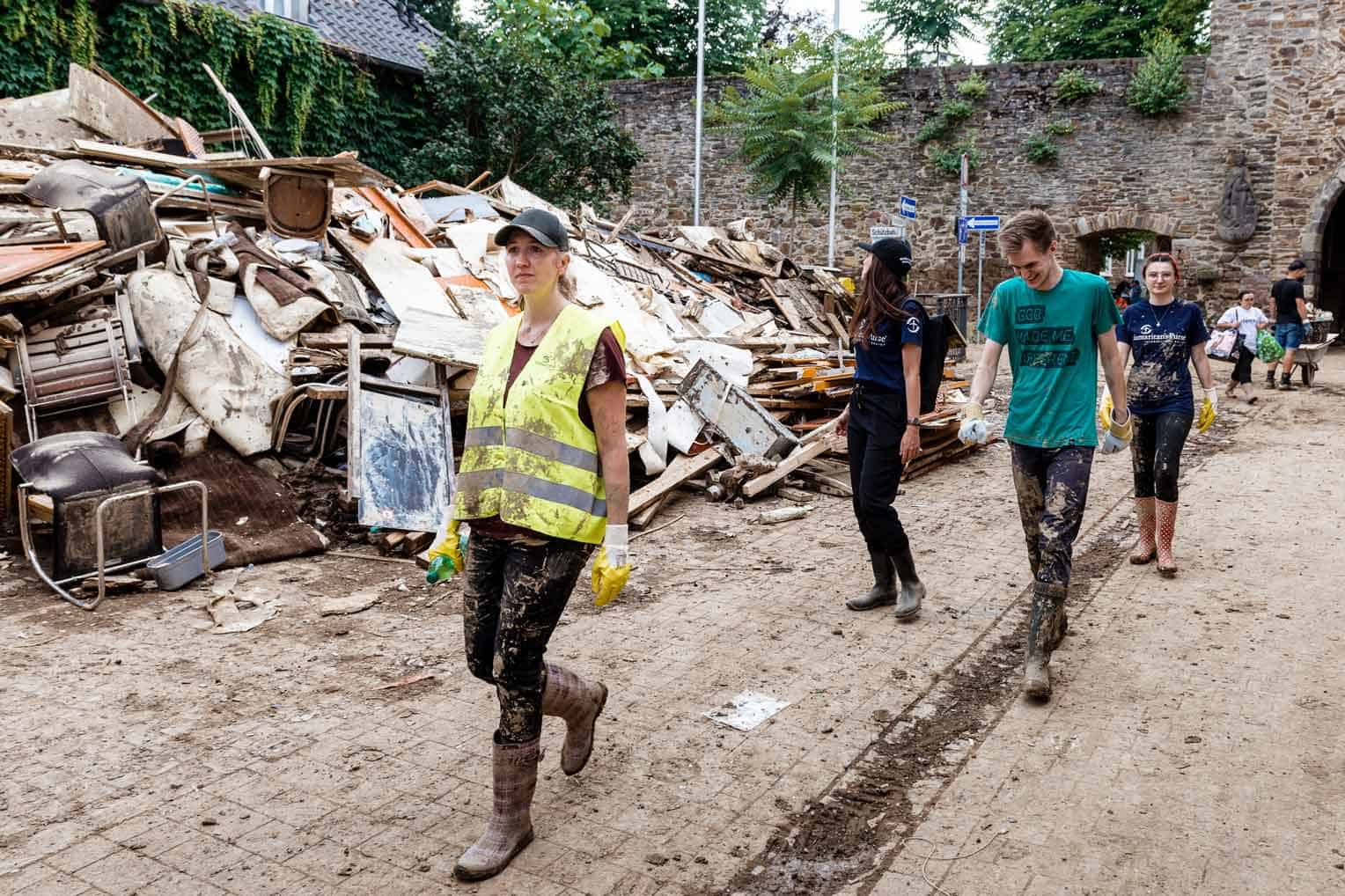 While debris piles up on the streets of Ahrweiler, Christian and Esther Giller (right) and other volunteers are there to share the hope of Jesus Christ.

Teams grieve with those who grieve, even as they work hard to restore property. From this platform, though, they also remember the Good News they have to share. Samaritan’s Purse volunteers can daily share that there is a hope found only in Jesus Christ that cannot be diminished by the troubles of this world.

“We want to be a light in these dark cellars,” Esther said. “I think this is the main purpose here to just spread hope in moments where there is no hope.”

Her husband, Christian, continued: “It’s important to show the people who lost everything that we have a bigger hope. We can lose everything in this world but in Christ we have something that we never lose. This is our motivation to help the people.”

Pray for strength, wisdom, and comfort for German residents affected by the terrible flooding. Please pray for our teams on the ground as they minister to these hurting communities in Jesus’ Name. For more information on how you can join a Disaster Assistance Response Team in the future, click here: 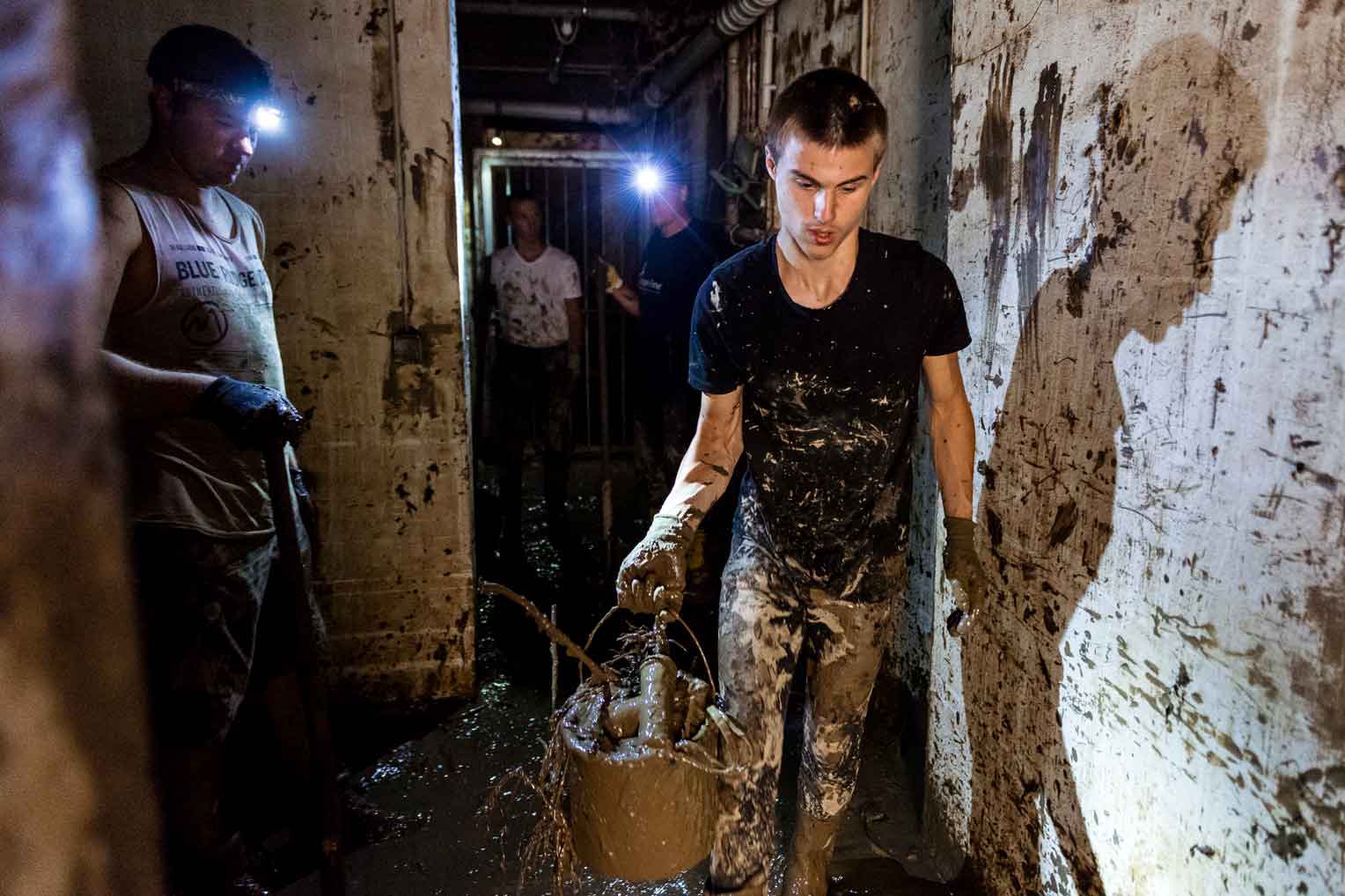 Samaritan’s Purse staff and volunteers are bringing the love and light of Christ one bucketful at a time.