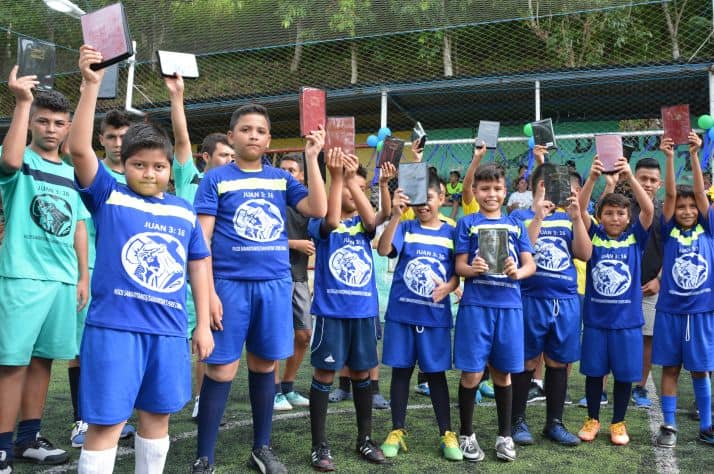 This physical assistance opens the door for us to address their spiritual needs, especially as the shirts we give each soccer player have a caricature of Jesus Christ and a prominent mention of John 3:16. 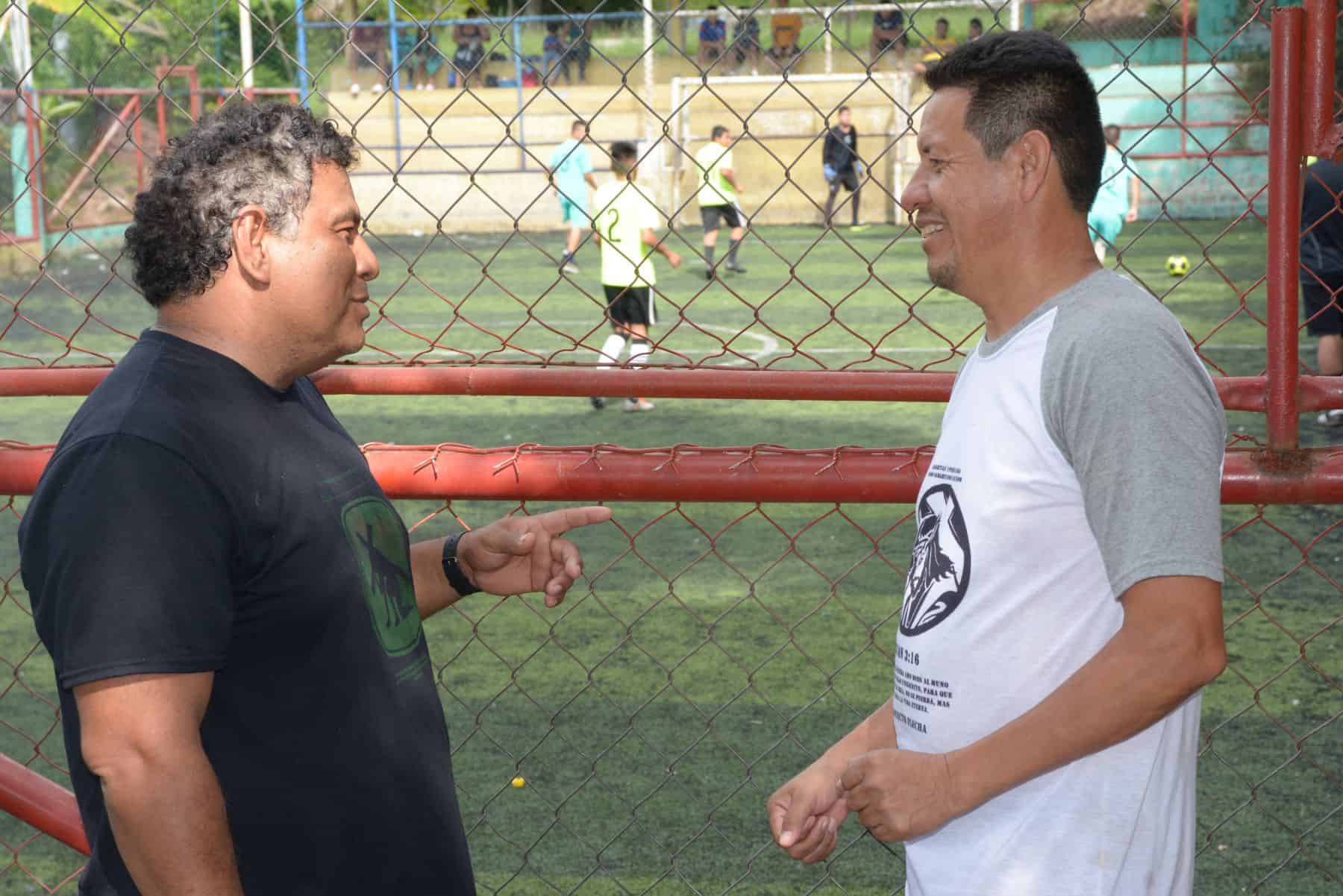 As the noisy soccer championships took place behind him, Carlos Cruz stops to reflect on how his El Salvador neighborhood league has changed since Samaritan’s Purse—and supporters like you—partnered with him.

“We were able to add the spiritual factor into the league and teach the players values through soccer,” Carlos says.

Through our local partner, Samaritan’s Purse has started or sponsored several soccer leagues in impoverished areas of this struggling Central American nation. During a 12 or 18-month period, we commonly supply uniforms, soccer balls, snacks for players, and Bibles, then hand over the league to local residents.

This physical assistance opens the door for us to address their spiritual needs, especially as the shirts we give each player have a caricature of Jesus Christ and a prominent mention of John 3:16.

For Carlos’ league, we sponsored all 24 teams. For the championship games, we provided trophies and snacks for all participants.

“Before Samaritan’s Purse came here, the league was supported by the municipality,” says Carlos, who finds time to coach one of the teams when he’s not busy as the league coordinator.

“Now, the focus has changed and the players are more aware of the Gospel.”

Players commonly pray before games and for the championships, we gave New Testaments to all the older players.

During a break in the championship games, we gathered all the players onto the field to hear a Gospel-based motivational message, and many of the players with Bibles took time to look up the verses we mentioned.

“The reputation of the league went up” after Samaritan’s Purse arrived, says 15-year-old player Daniel Reyes. “More teams entered the league and players treat each other with respect now.” 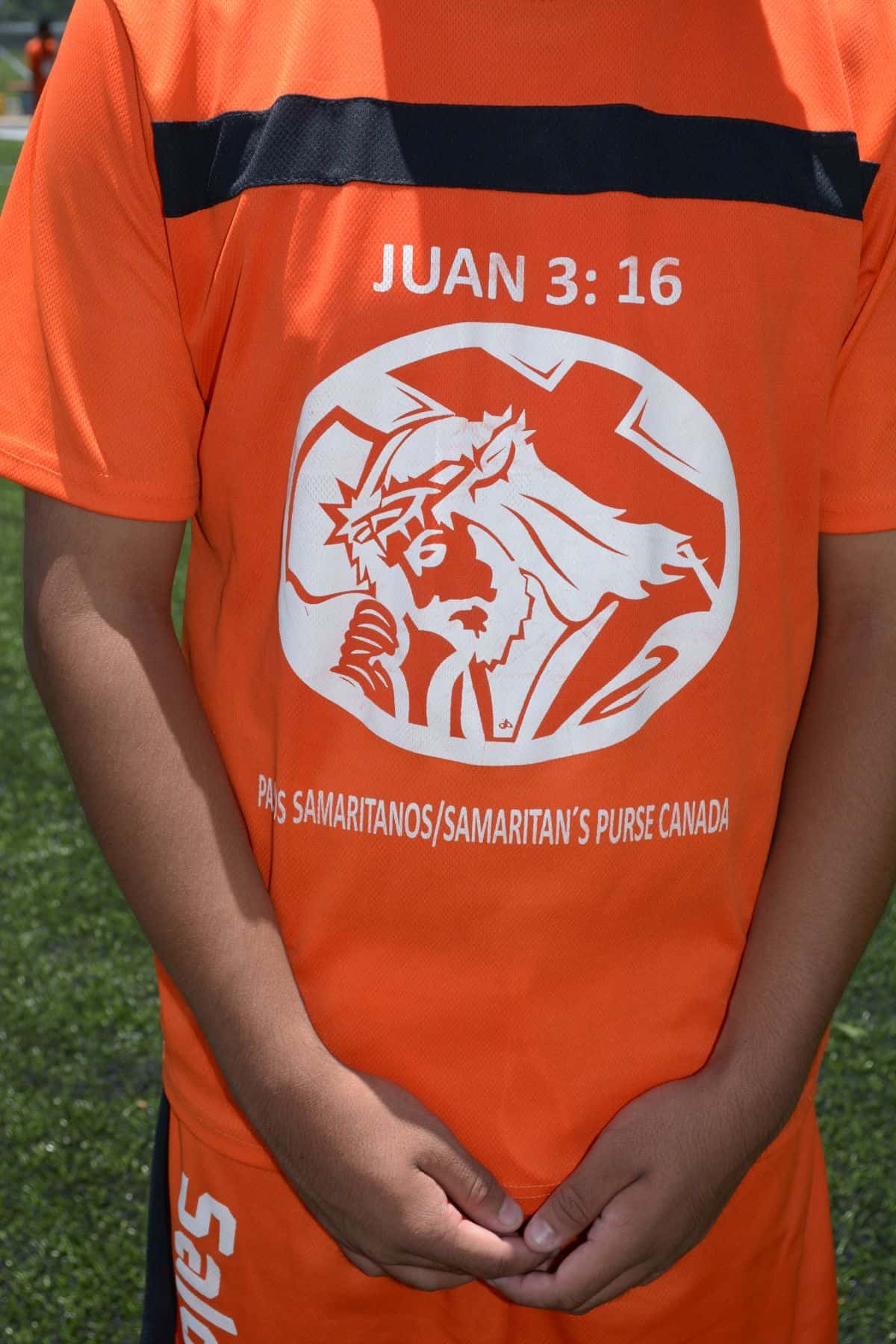 The shirt that each soccer player receives has a caricature of Jesus Christ and a prominent mention of John 3:16.

Daniel, who has been a Christ follower for three years, says that through our evangelistic messages and our commitment to exhibiting the peace of Christ, “I’ve learned that God is a god of answers when we ask with faith.”

Daniel praises God that since we partnered with the league, He has used our efforts to bring three of Daniel’s teammates to faith in His Son.

“We’re very thankful to Canadians that we’ve been able to achieve many things through them,” he says quietly as several younger, curious players gathered to hear to him speak.

Adds Carlos: “As the community leader, I’ve very thankful to receive this support. This league has been a great success in keeping the kids busy (and away from negative influences) every weekend.

“I consider Canadians as friends who help El Salvador, so I ask them to continue with that support to eradicate the cancer of violence and crime here.”

Learning how to read and write, or acquiring a profitable trade or skill is invaluable for individuals struggling to break the cycle of poverty. Samaritan’s Purse is working not only to teach literacy and provide skills training, but also to bring people into a saving relationship with Jesus Christ through programs that share the Gospel and help believers grow in their faith.
Top Stories
Distributing Medical Supplies in Ukraine
Relief Work Wraps Up in Ottawa and Hay River
“Samaritan’s Purse has Helped Me so Much”
A Father’s Journey to Overcome Hunger
Equipping Unsung Heroes to Deliver Relief Deep Inside Ukraine
© Copyright 2022 Samaritan's Purse Canada. All rights reserved.