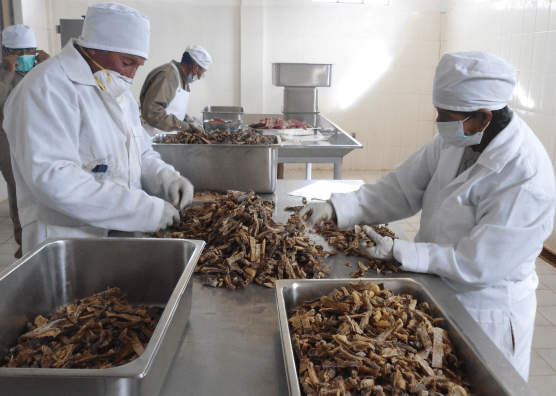 When Samaritan’s Purse began working in the Bolivian highlands in 2008, the local people-mostly llama farmers-were in dire circumstances.

With nearly 98 per cent of the population living below the poverty line, few had hope for the future. Employment opportunities were scarce and young people often migrated to cities as soon as they had the opportunity.

Sadly, employment prospects in cities were nearly as bleak as in the countryside. With limited resources and learning, it was very difficult for them to secure jobs or additional education. 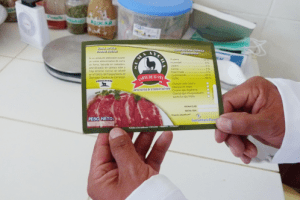 In response, the Samaritan’s Purse camelid project sought to improve the livelihoods of llama farmers in Bolivia’s Achiri region and to create a favorable environment for future generations. Six years later-thanks in part to the generosity of Canadians like you-the project has achieved its goals.

The first of the project’s three phases focused on increasing livestock production through restocking failing llama herds, equipping farmers with veterinarian skills and supplies, and improving the growth and storage of food for the animals.

In the third phase, the meat products began being introduced to local markets. 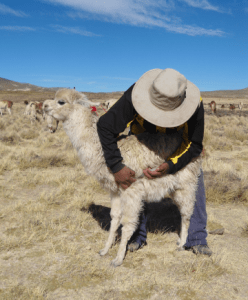 Samaritan’s Purse has helped Bolivian llama producers improve the health of their herds through veterinary care.

“Everything the association has accomplished is thanks to God’s grace,” said Enrique Carrasco, Director of Projects at Samaritan’s Purse’s field office in Bolivia. “He put His eyes on Achiri.”

So far the association’s primary buyer has been the local government, which purchases llama jerky for its school feeding program. Additional contracts for the association’s sausage, cold cuts, and gourmet products are also being sought in order to ensure long-term sustainability.

To achieve that sustainability, the association recently hosted a ‘brand launch event’ in Bolivia’s bustling capital of La Paz. Representatives from prestigious hotels, restaurants, and supermarkets sampled the ‘Suma Aycha’ or Good Meat products offered by the association, and a number of them expressed interest in signing contracts.

“The quality of this meat is exceptional,” said attendee Fernando Cervantes, the director of a Bolivian chef magazine that is distributed in six major cities. “If not properly prepared, llama meat tends to be rubbery and dry. This is not at all the case with your samples. It is evident that the association is careful in preparing its products.” 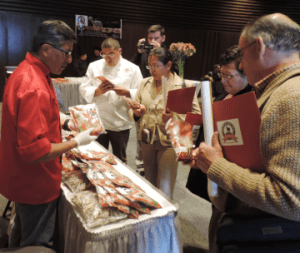 As the meat processing center continues to expand production and secure more contracts, it also provides hope for rural communities. Not only does it increase the incomes of llama producers, but it also provides job opportunities.

Leandro Alvia moved his family back to Achiri after trying to earn a living in the city. The determined 34-year-old farmer and father heard about the Samaritan’s Purse project and soon became a participant-not only improving his own llama production, but also receiving training as a community veterinarian.

“I came back to my community with fear because I did not know what my life would be like and if I would have enough to maintain my family, but I can see with happiness that when one works hard, he is able to maintain his family,” said Alvia. “I know that God is blessing my life through Samaritan’s Purse.”

Read past articles about this past project: Raising Llamas for Life, ‘Suma Aycha’ Offers Different Flavor to La Paz Palates, and Food for Families’ Futures. 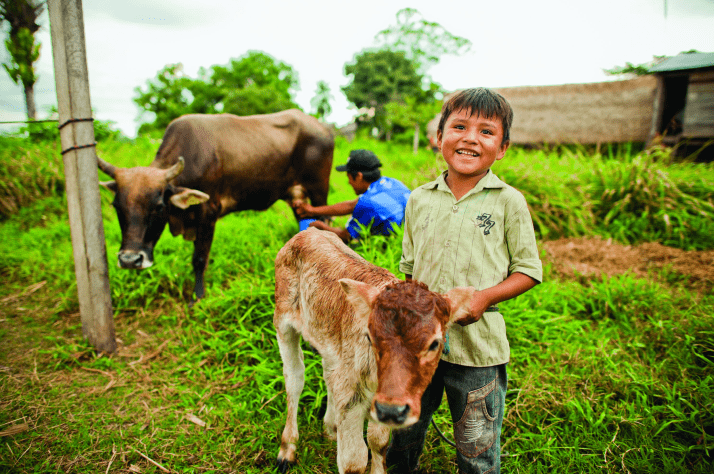