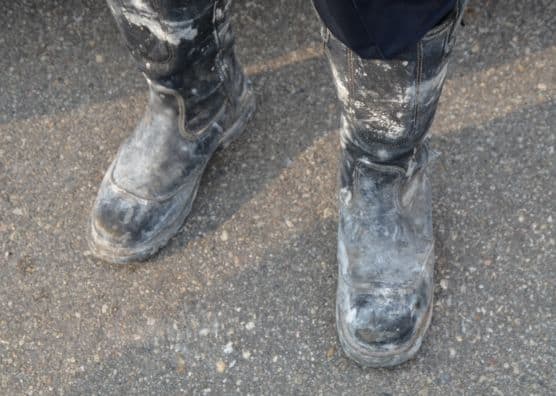 Samaritan’s Purse writer Bill Bunn was onsite in Melville, Saskatchewan, where we helped families clean up their homes after a devastating flood in 2014.

Ever wondered what beautiful feet look like? These feet brought  good news to Melville, Saskatchewan residents. Melville needed lots of feet that looked like these when flooding overwhelmed the community  in July 2014.

These feet spent the day cleaning out the basement of a farmhouse. Inside the home lived a young mother with a two-month old baby. The house was loaded with mold.

During the flood, a few inches of water crept into the basement-then left. They were living there because they had  nowhere else to go.

Billy Graham Rapid Response Team Chaplains Mike and Janet Voth prayed for the family, especially the baby, while a disaster relief crew from Samaritan’s Purse hauled out everything from the flooded basement. They tore out the walls to the studs, and later sprayed to eliminate the mold.

Read more about our response to the Melville floods here.