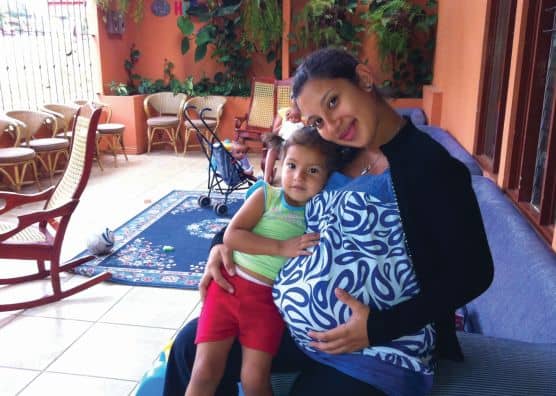 Beatriz’s life began to turn around after coming to a Samaritan’s Purse supported home for vulnerable, adolescent mothers.

June, 2014—A father she never knew. Abandoned by her mother and raised by a stranger, then pregnant at 14. That was life for Beatriz before coming to a special home in Costa Rica for vulnerable, adolescent mothers—a home that’s supported by Samaritan’s Purse and Canadians like you.

The father of Beatriz’s daughter was 10 years older than Beatriz. And he did not want to be a dad.

“He was really jealous and said that I wanted to be with other men,” Beatriz recalled. “He yelled at me and beat me. When I became pregnant again (with a second daughter), he beat me more and more, and said that he wasn’t the father of the baby, which was not true.”

In the midst of this abuse, Beatriz also struggled through soul-crushing poverty to raise her daughter.

“I had to ask my neighbors for food and beg on the street. Many times we didn’t eat,” she said. “It made me so sad to hear my baby cry and ask for food.”

Someone told Costa Rican government officials about Beatriz’s plight, and a representative from the child welfare department took the pregnant mother and her baby to a hostel. After two months there, they were transferred to the home supported by Samaritan’s Purse. That’s when her life changed dramatically. 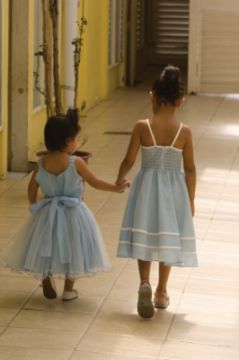 “I could be a young, normal girl again, resume my studies with good teachers, and have food for my daughters and me,” Beatriz said gratefully. “I felt protected and loved by people who were not my family. I am grateful to God.”

Besides providing safety, food, clothing, and shelter, the home taught Beatriz the basic parenting skills she never had an opportunity to learn before.

“Now I know and understand my worth as a person, as a woman, and I have projects and goals for me and my family,” she said. “I’m making the most of all the support they give me, because I want to leave here with a good foundation to face the world.”

Thanks to Canadian prayers and financial gifts, the home provides Christ-centered counseling and care for up to 15 mothers and their children. Your continued support will ensure that as many women as possible, at this facility and at others that Samaritan’s Purse partners with around the world, learn about the Lord who “heals the brokenhearted and binds up their wounds” (Psalm 147:3, NKJV).