An easy way to bless children around the world 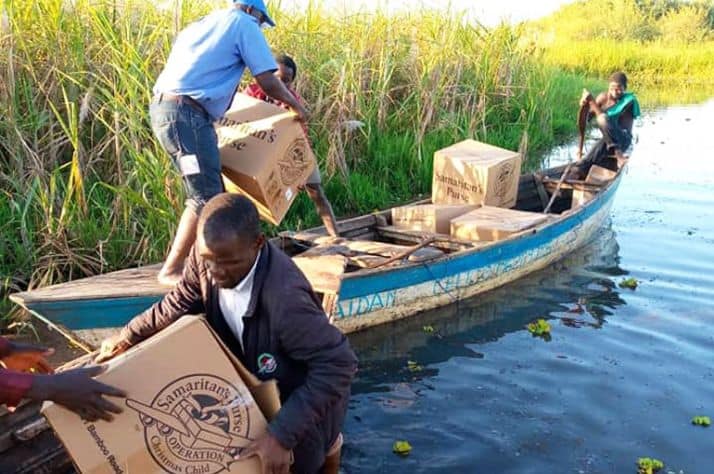 For more than 25 years Ina Reimer, from Landmark, has helped organize an Operation Christmas Child Shoebox drive. And this year, she would like to see more than 1500 Shoeboxes put together and sent out. Why?

“Every box is so important and every year when I see the number of shoeboxes, I think ‘Oh, it’s too bad we couldn’t get a few more in’. So that would be my challenge for this year, because of world circumstances and the need being as great as it is, the more boxes we get out, the more homes and families and areas can be reached with boxes and the more hope can spread. Although the items inside the shoeboxes are treasured and loved and wanted and needed, it’s the hope that the box brings, that really is the key.”

Reimer says over the years the Landmark Shoebox store has grown in popularity because more residents in southern Manitoba have heard what they are doing in Landmark. She says,

“We have been reaching community groups in Winnipeg, Anola and Oakbank all over the area. We’ve got a pretty wide range of people who come and enjoy the way we’ve got it set up and they’ve been doing it for years.”

She says some folks have even made it a Christmas tradition, to put together Shoeboxes and hopes they continue doing it. And for people who want to start a Shoebox tradition, Reimer says, come with a group and book an evening event,

“Let’s say you’re part of a Sports Group or a lady’s group or a family gathering or instead of doing stockings this year, you want to do something that’s a little bit more meaningful, come and enjoy putting shoeboxes together at the Shoebox Store.  You could even put one together in honour of someone you love, your children or grandchildren.” 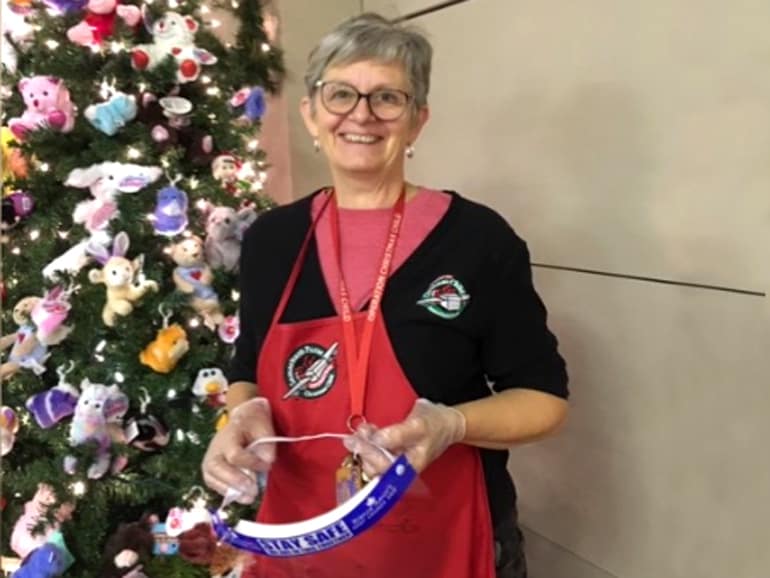 Reimer puts out this challenge,

When it comes to the cost of an Operation Christmas Child Shoebox, Reimer says,

“I have some very easily put-together boxes that are $25 and that would include all the school supplies they need, the hygiene items that they need. We’ve got underwear. We’ve got socks. You can fill a box really well.” She continues, “I’ve been shopping throughout the year for the best deals I can find. I’ve had people come and say ‘I don’t know where you manage to find these prices’ but that’s my gifting, to try to keep the cost down and still be able to get quality items so that kids are able to have them endure and enjoy and be able to make a difference in their life.”

Reimer says this year, Shoeboxes collected from Canadians will be going to Costa Rica, Nicaragua, El Salvador, and the west coast of Africa. With countries like Australia, Austria, Germany sending Shoeboxes to their own designated countries.

“We talked about what we were thankful for and then we think of other countries and what they don’t have and we often will pray into their lives, saying ‘Send them help’.  We are that help. We can be that help through a box. It’s so simple and it’s so easy and it’s so tangible. This is one way for our children and our grandchildren can make a difference in the life of a child living far away. Someone that they’ll never see you and never have contact with, but it’s something that they can do, physically, and it’s rewarding at both ends.” 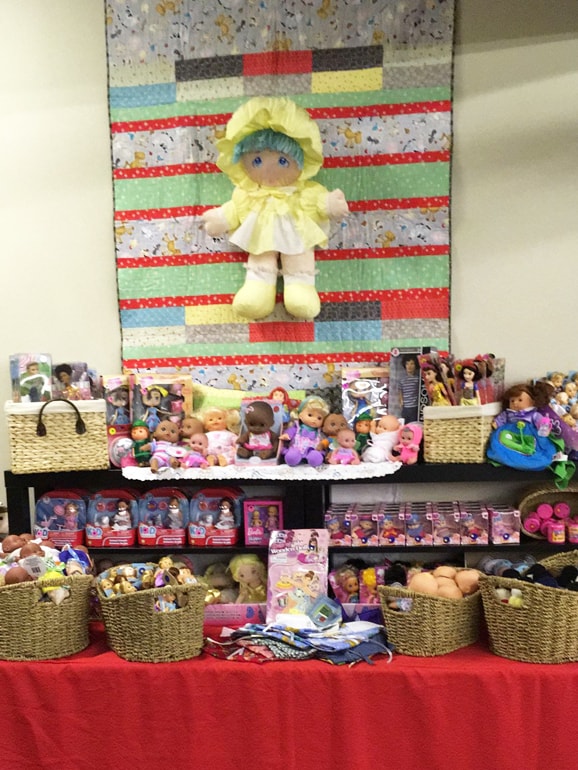 Finally, she says, “If you’ve thought of putting together an Operation Christmas Child Shoebox in the past, I would say, don’t even just consider it. Just do it. It is a thrill to do it!”

In past years the Landmark Shoebox store was set up in the Landmark Christian Fellowship Church upstairs lobby, because of the pandemic, Reimer says, setting up in the church basement gives them the chance to spread out the Shoebox Store tables and displays and provide an opportunity for social distancing.

“We are trying to keep all the safety measures intact. We’re going to have a separate entrance and exit, and a lot of opportunities for you to be as comfortable as possible. For those who still would rather not come, would rather not put a mask on, we understand and you may pick up empty boxes if you choose to put your own together in a. Different setting. But of course, our joy is when you can come here, we can shop and put together a box for a child.”

Shoeboxes can also be picked up at many local businesses or purchased online.