A Muslim teenager comes to Christ 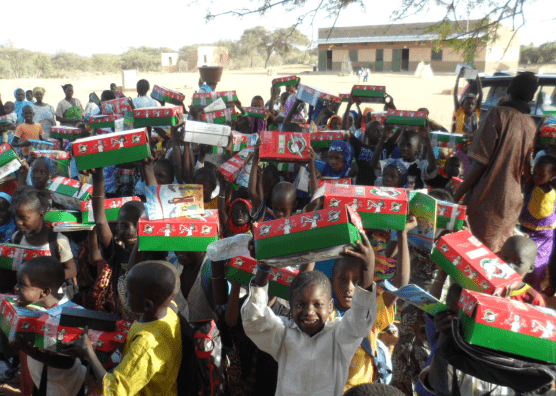 "That’s when I realized that people were wrong about Christ"

When the local church arranged an Operation Christmas Child shoebox distribution at young Fatou’s village, the impoverished teenager had never received a gift in her lifetime, nor had she heard the Good News of Jesus Christ.

“I am from a very poor family, and my father struggled to get food for me and my siblings,” Fatou said. But despite the hardships that she had endured, Fatou refused to receive a gift-filled shoebox at first. Raised in a Muslim community, the teenager was wary of the Christians who came to her village.

“The people around me always called Christians wicked people,” she said. “This hatred invaded me.”

At the last minute, Fatou decided to attend the distribution. And God began to work in the young girl’s heart.

“When I received my box, I cried,” Fatou said. “That’s when I realized that those people were wrong about Christ.”

After the distribution, the teenager chose to attend “The Greatest Journey,” Operation Christmas Child’s voluntary, follow up discipleship program.

“While I was there, all these barriers fell around my heart and I was filled with joy,” she said. “Now I understand the Christian life.