A faithful witness lives in Nepal 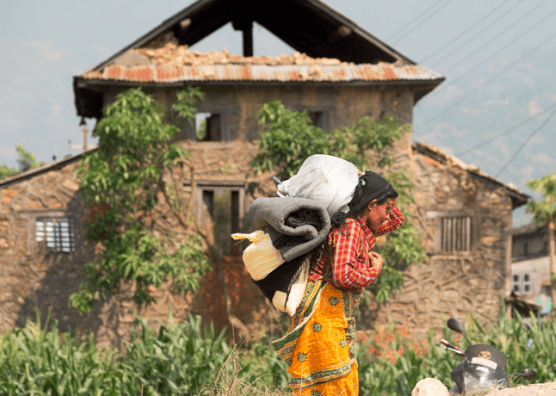 When others despaired, Ruth displayed hope, joy, and peace.

After the Nepal earthquake, many people asked the Christians, “Where is your God?” I know some of the believers had doubts after the painful loss of loved ones. But, like Christ and the early church, we are not immune to pain and suffering. I am more convinced of this after hearing the story of a beautiful old lady named Ruth.

Ruth became very sick about 21 years ago. She lived in a rural village and could not receive the medical help she needed. So one day her son took her to Kathmandu for treatment, but the doctors there could not help her either.

As a last resort, Ruth’s son took her to a church after hearing they might be able to help. At the church, Ruth was completely healed and placed her faith in Christ. She soon came back to her hometown. She was the first believer in the entire town.

As Ruth began to share her faith, the Hindu and Buddhist communities were agitated. But she continued to pray for them. Knowing her story, many people who were sick came to her and they too were healed. Through this, people in the town came to Christ and started going to church. But despite the miracles, the religious leaders did not accept Ruth’s Christian faith.

For a time people would come and throw stones at her house each night to warn her to stop. But Ruth continued to love her neighbors. One night, people came to her house and beat her almost to death. After a week in the hospital, she survived. The leaders of the opposition tried to find fault with the growing Christian community so they could get rid of them, but they could not find a reason.

Time and again various people came to kill her, but they never did. Ruth believes that God intervened and changed their hearts every time. During one attempted murder, Ruth shared the Gospel and the man became a believer. Another time, people came to burn down her house but at the last minute, someone from the community spoke and convinced the crowd to turn back.

Over the last 20 years of persecution, Ruth has continued to pray for her community. Many have placed their faith in Christ, and now there are six churches in her town.

When the earthquake happened several months ago, Ruth’s home was completely destroyed. Her family urged her to come to Kathmandu, but she was compelled to stay in the community with the lost people she loves so dearly. Ruth built a temporary shelter and has continued to minister to her neighbors.

In the last two months, many new members have started to come to church for one simple reason—they saw something different in how Ruth and the other believers responded to the suffering. When others despaired, the Christians had hope, joy and peace.

Jesus said there would be pain and suffering, even for believers. Now I see this is because our greatest testimony to the world is not how we avoid suffering, but how we respond with the peace and joy of Christ in the midst of it.