Samaritan’s Purse staff and volunteer teams based in the U.S. are out in full force and working to clean and restore damaged houses. 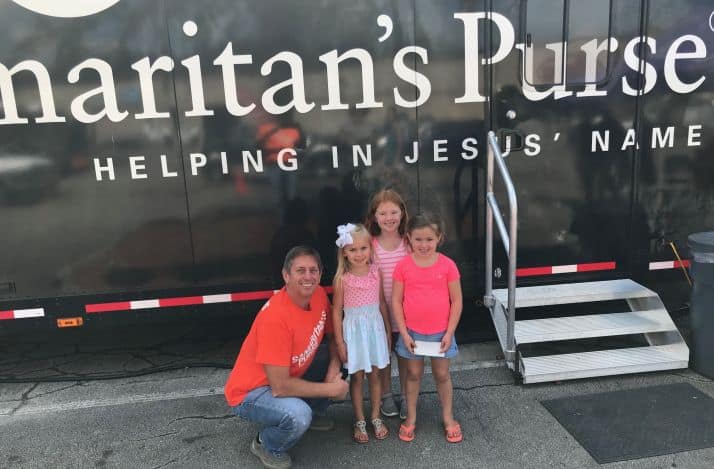 Please pray for eight Canadians who will begin departing Sept. 21 for the U.S. to join the American Samaritan’s Purse teams helping victims of Hurricane Florence. These Canadians, who have experience working on disaster relief with Samaritan’s Purse Canada, will be spread out amongst four work sites in North Carolina.

We praise God for the assistance people are providing to us and to hurricane victims. In one instance, three young sisters visited one of our North Carolina Disaster Relief Unit tractor trailers because they wanted to help people who lost so much in the hurricane.

“We explained to their moms that they were too young and they understood,” said U.S. Disaster Relief Assistant Manager Todd Taylor “The girls decided to help anyway. They went home and made cookies and brownies and other snacks and set up a little sales desk at their local fire department and accepted donations for their baked goods. This is them presenting a cheque for the donations. They were so excited to be able to help.”

Samaritan’s Purse Canada is responding in Jesus’ Name after Hurricane Florence, which packed powerful 170-km/hr winds, tore through the southeastern U.S, driving tens of thousands of people into shelters and impacting millions. 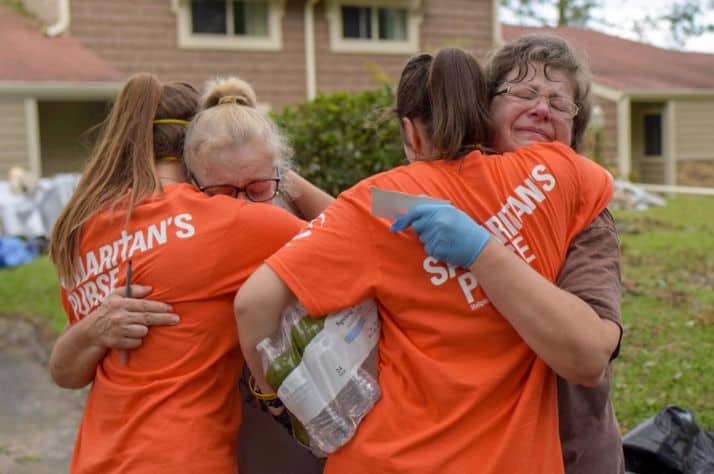 We are deploying trained Canadian staff to assist our U.S. colleagues in helping tens of thousands of residents whose homes were flooded or damaged by high winds and as much as a meter of rain.

Millions of people remain under flood watches and warnings as rivers continue to crest in the region. Nineteen rivers are reported at “major” flood stage.

Florence has moved out to sea and dissipated, but rivers continue to rise in the Carolinas. Many roads remain closed. Thousands of people are in shelters. Thirty-seven storm-related deaths—27 of them in North Carolina—have been reported.

Samaritan’s Purse staff and volunteer teams based in the U.S. are out in full force at all three of our eastern North Carolina response sites—New Bern, Jacksonville, and Wilmington. We’re helping homeowners in Jesus’ Name by clearing debris, doing chainsaw work, tarping roofs, and mudding out flooded houses.

Thousands of homes were affected in the hard-hit town of New Bern. Our disaster relief unit is based at Port City Community Church.

Samaritan’s Purse units and teams are also in Jacksonville, N.C. and headed to Wilmington, N.C. where teams will soon begin clearing debris and mudding out flooded houses in Jesus’ Name.

Samaritan’s Purse’s Disaster Relief Units are stocked with tools, chainsaws and emergency supplies, the tractor-trailers provide the equipment necessary to help families devastated by the storm. 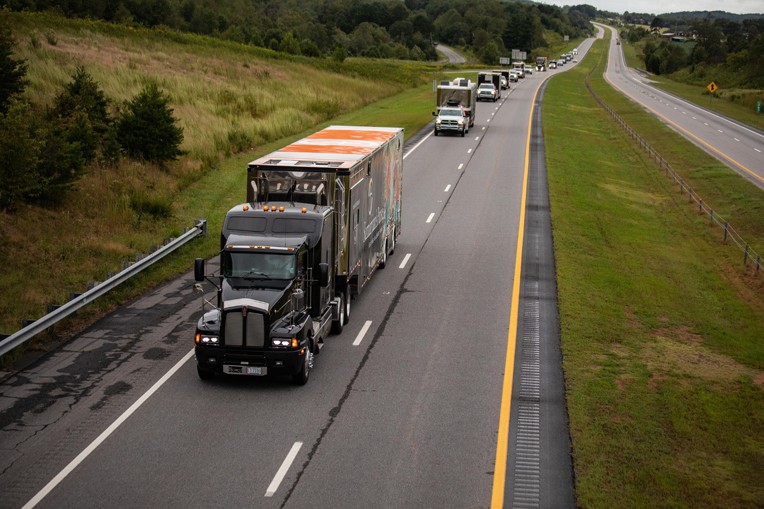 One of our disaster relief units leads a convoy of our trucks toward eastern North Carolina on Saturday.

“In the wake of this storm, many are facing destruction and ruin,” says Franklin Graham, president of Samaritan’s Purse. “We want them to know they don’t have to despair. God loves them, and He hasn’t forgotten them.”

Trained Rapid Respond Team chaplains from the Billy Graham Evangelistic Association have been sent out to offer comfort, strength, and prayer to hurricane victims.

The slow-moving, massive Florence is now causing catastrophic flooding and assistance is going to be urgently needed for many months as it is anticipated it could cause more than $50 billion in damages.

Last year, Samaritan’s Purse Canada staff and volunteers helped U.S. victims of both Hurricane Harvey and Hurricane Irma with much-needed clean-up. Please continue praying for those affected by the storm, and for our teams as they serve. 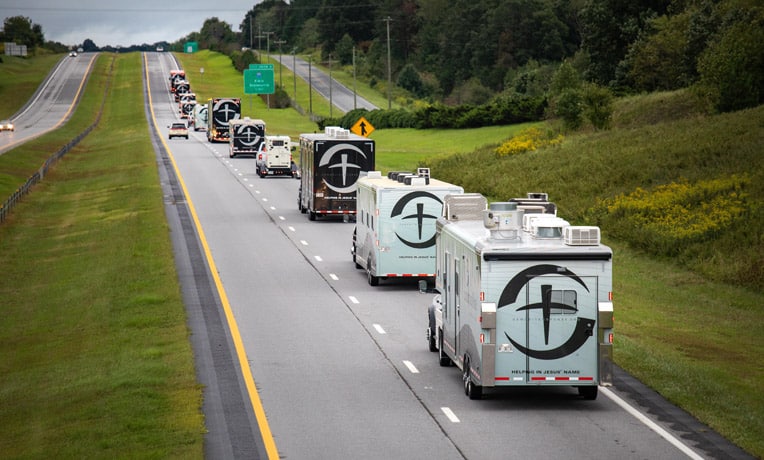