Prayers of a Faithful Woman

As the world celebrates International Women’s Day, I can’t help but think about all of the women who have impacted my life. Women, both in my own family and around the world, have encouraged, challenged, and shaped me into the person I am today. This year, I am reflecting on a trip I took a few years ago to Liberia with Samaritan’s Purse. There was one particular woman in a remote village whose story is still influencing my life years later.

HELP WOMEN AROUND THE WORLD 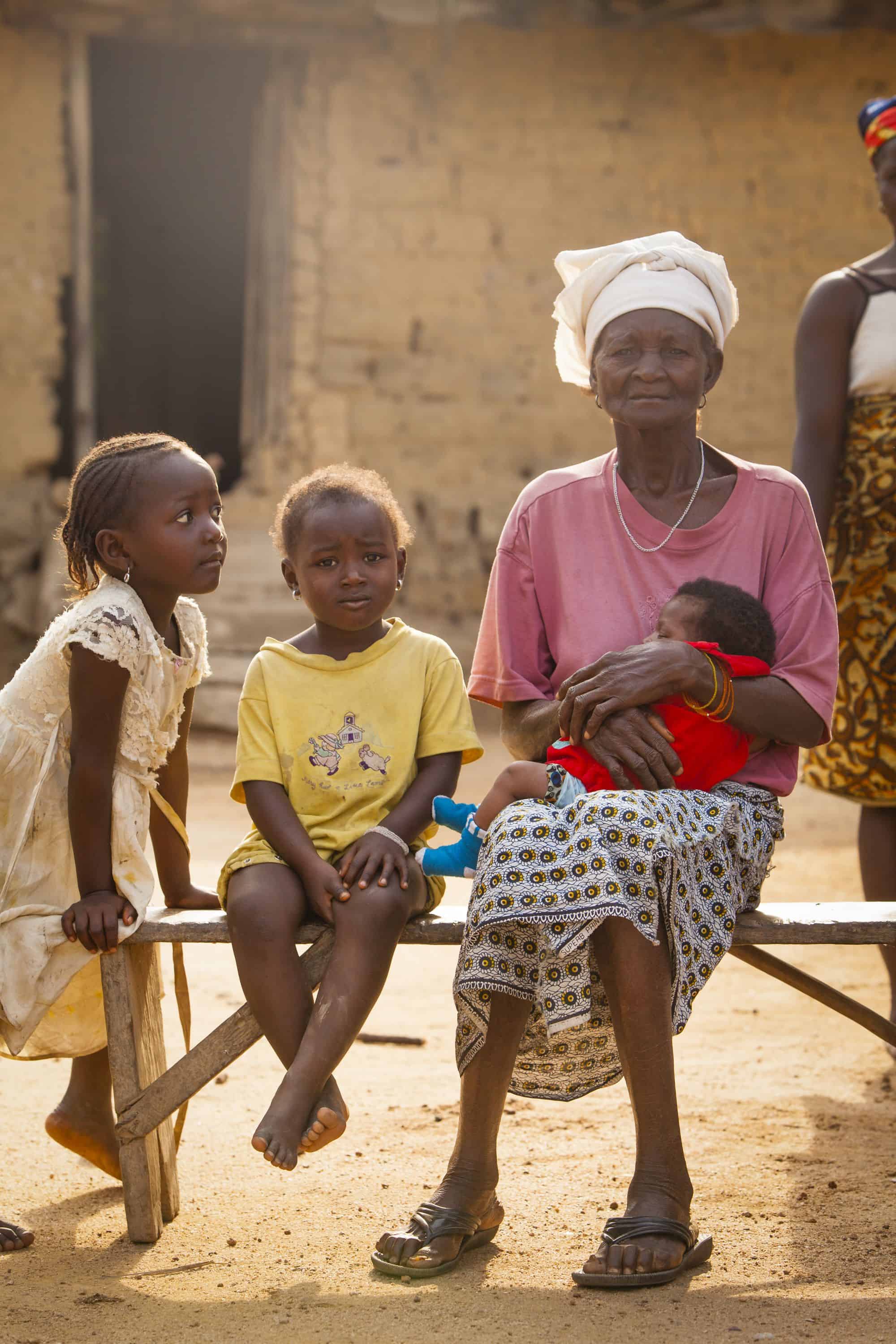 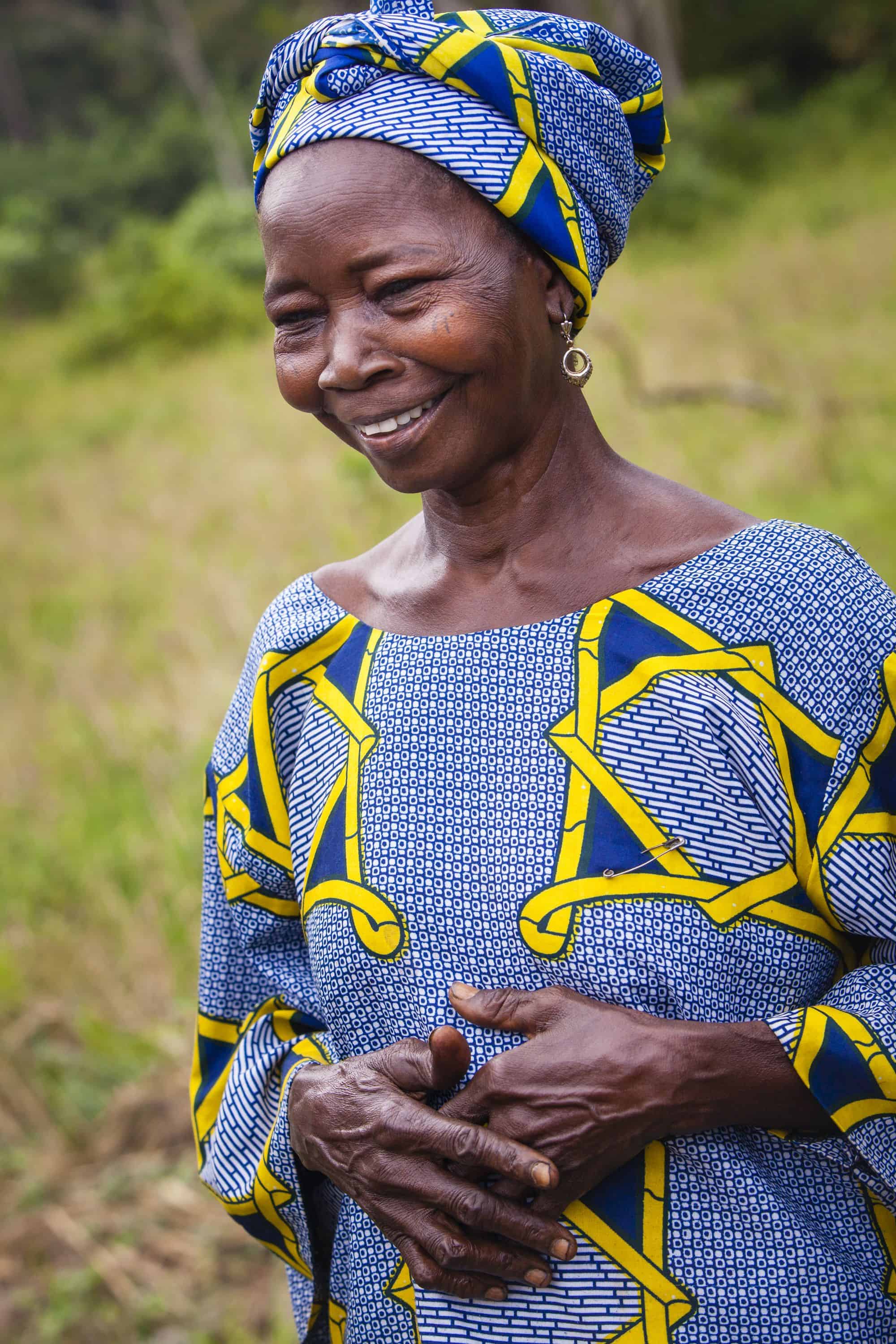 We took 4×4 trucks and motorcycles deep into the jungle to reach a fish pond that Samaritan’s Purse built. At first glance, this project didn’t look like much—just muddy ponds row by row—but as we spent the day harvesting fish, I learned that this simple pond had transformed the entire community. 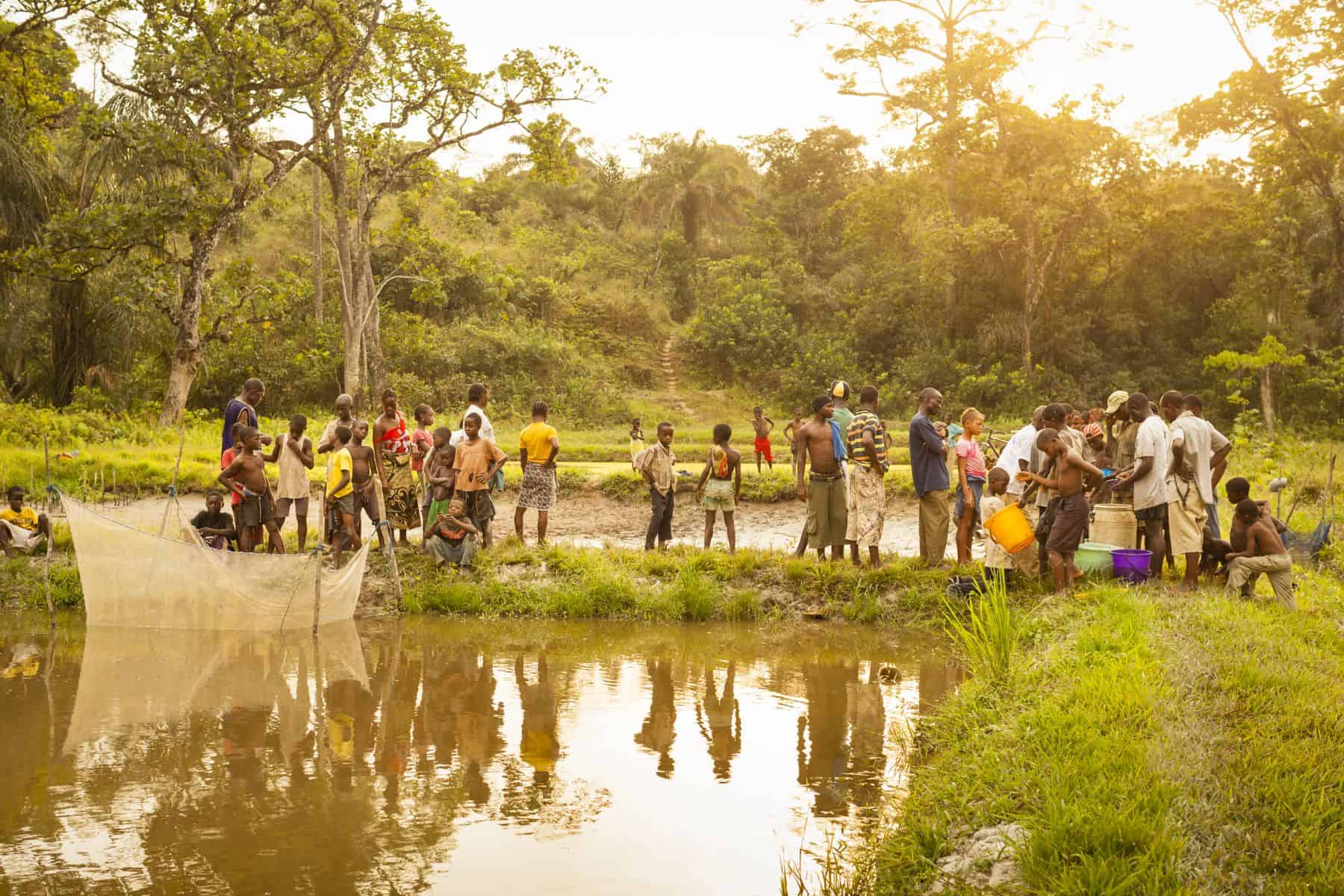 The muddy fish ponds are located deep in the jungle of Liberia.

It was at this fish pond that I met an elderly woman. To be honest, I don’t even remember her name, but when I reflect on the influential women in my own life, she is at the front of my mind. I vividly remember how she sat back away from the crowd, watching the harvesting take place. Right away, I could tell there was something different about her. 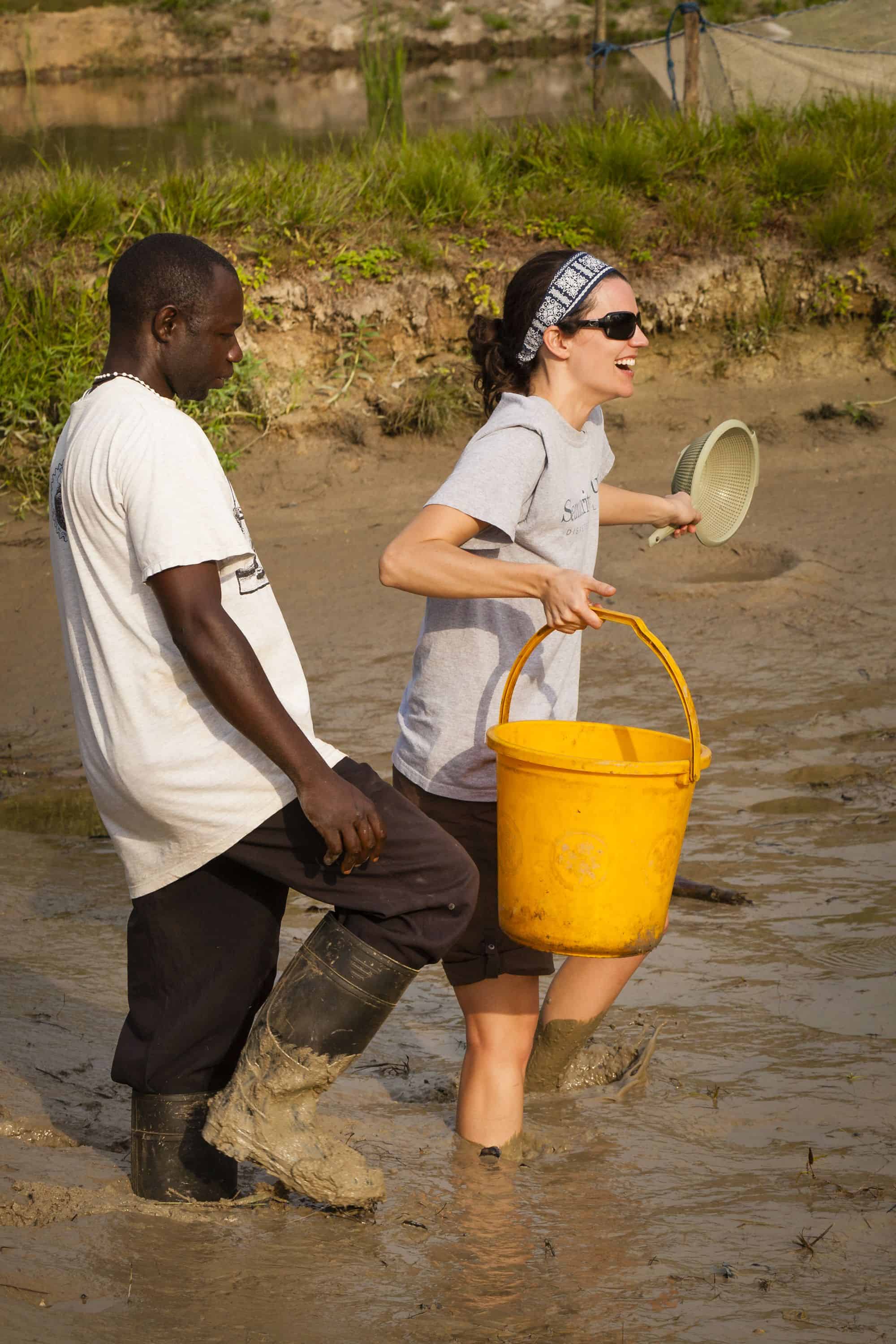 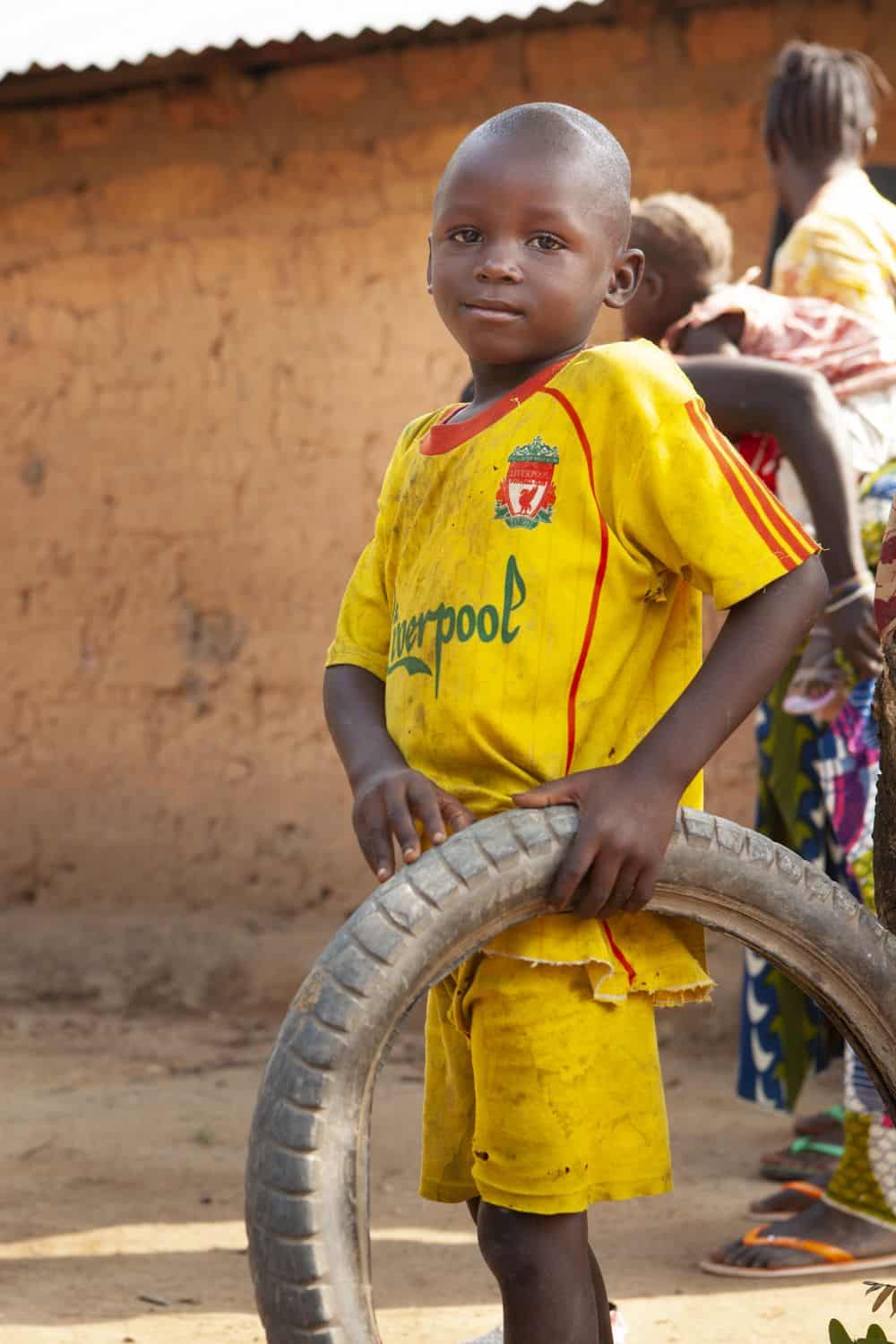 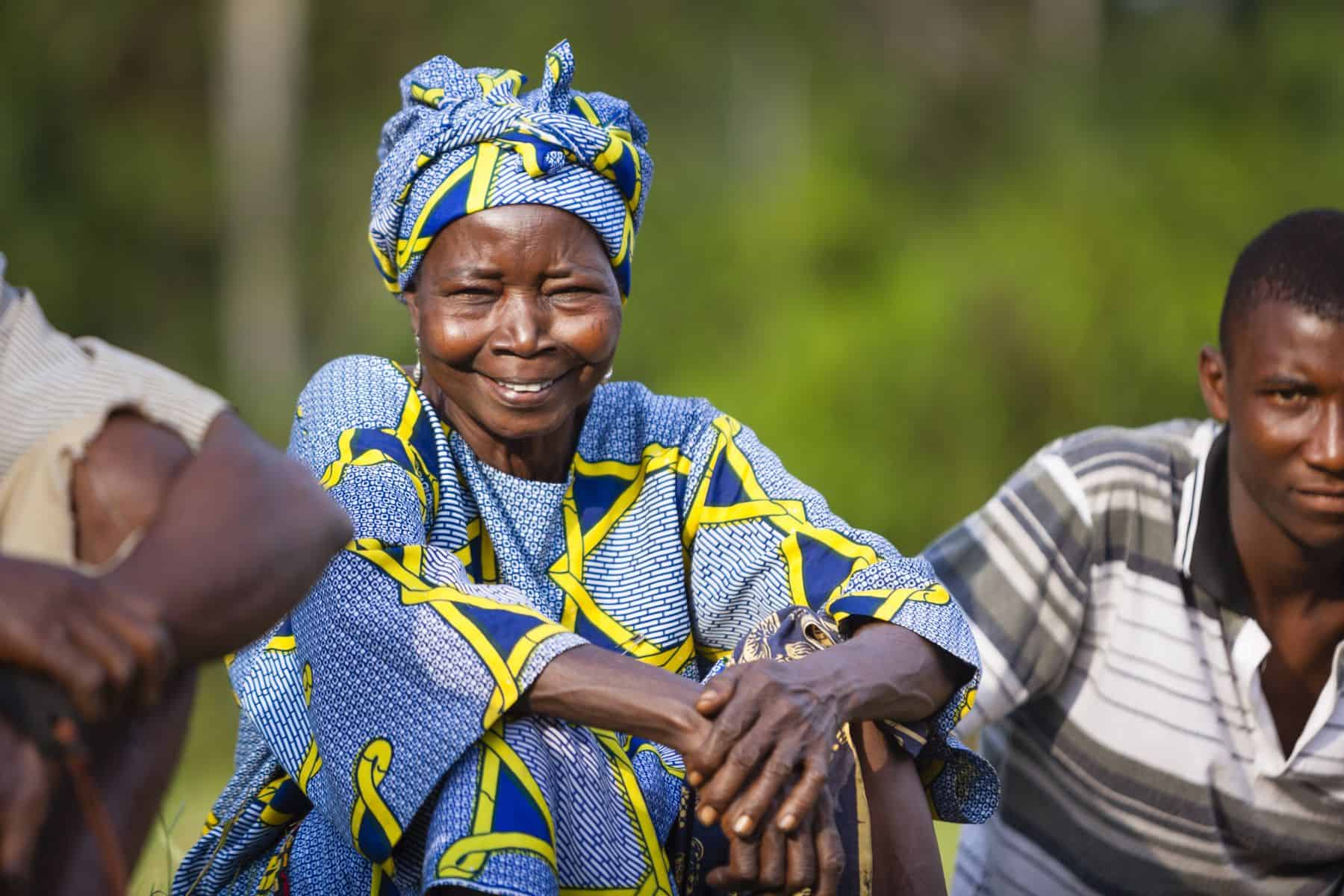 As Cissie helped harvest the fish, one elderly woman watched with a smile lighting up her face.

Her wrinkled face was marked by joy, and there was a light in her eyes. As she watched the harvest, I kept watching her. I knew she had a story to tell. 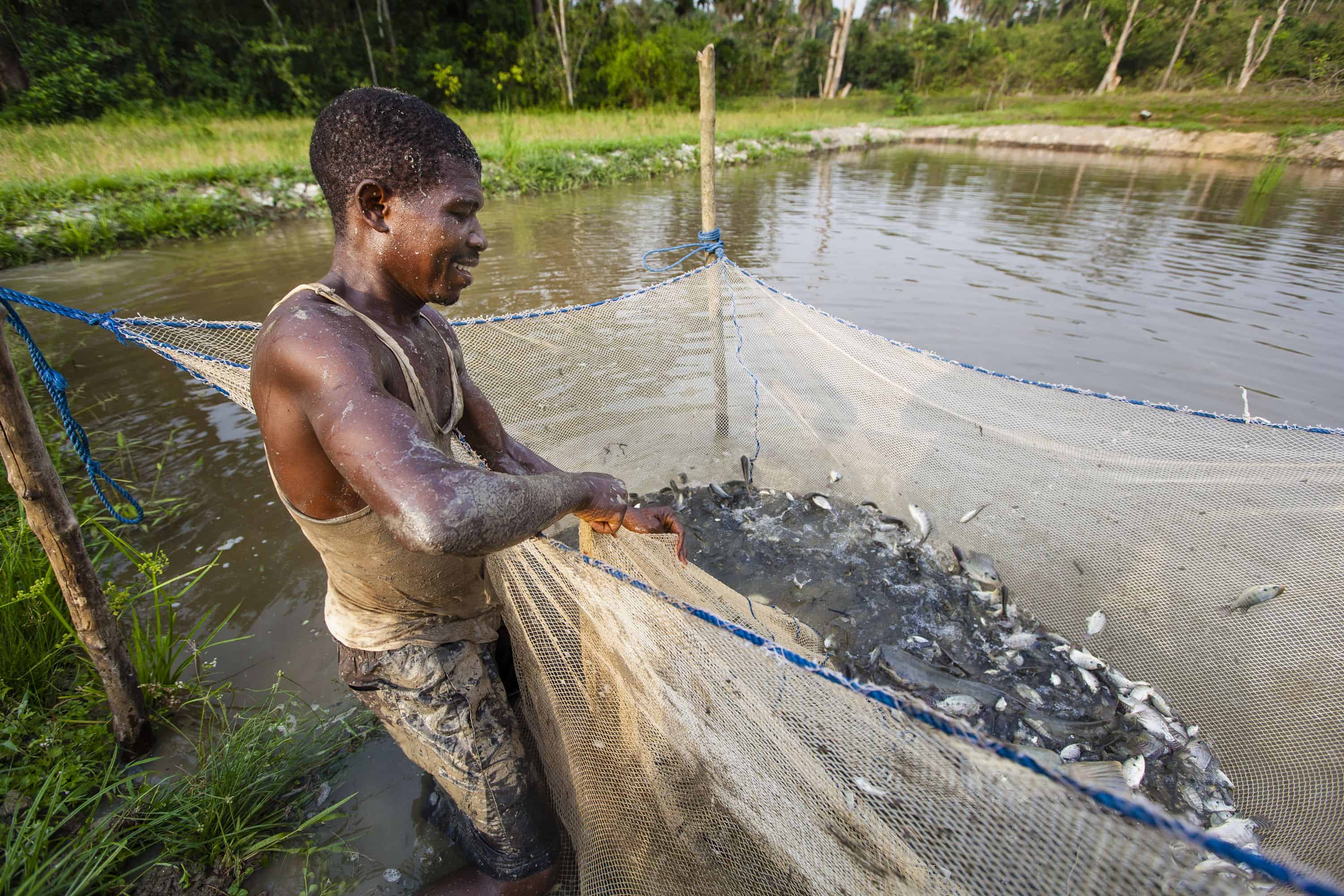 Samaritan’s Purse built the fish pond in Liberia to help families in need.

When I finally got the chance to meet her, I learned why I felt so connected to this stranger sitting by the fish pond. She was the first Christian in her majority Muslim community. She was mocked, spat on, and ridiculed for her faith. Most people would have given up, but instead, she started a church. She prayed and believed that God was at work in her community.

Her wrinkled face was marked by joy, and there was a light in her eyes. 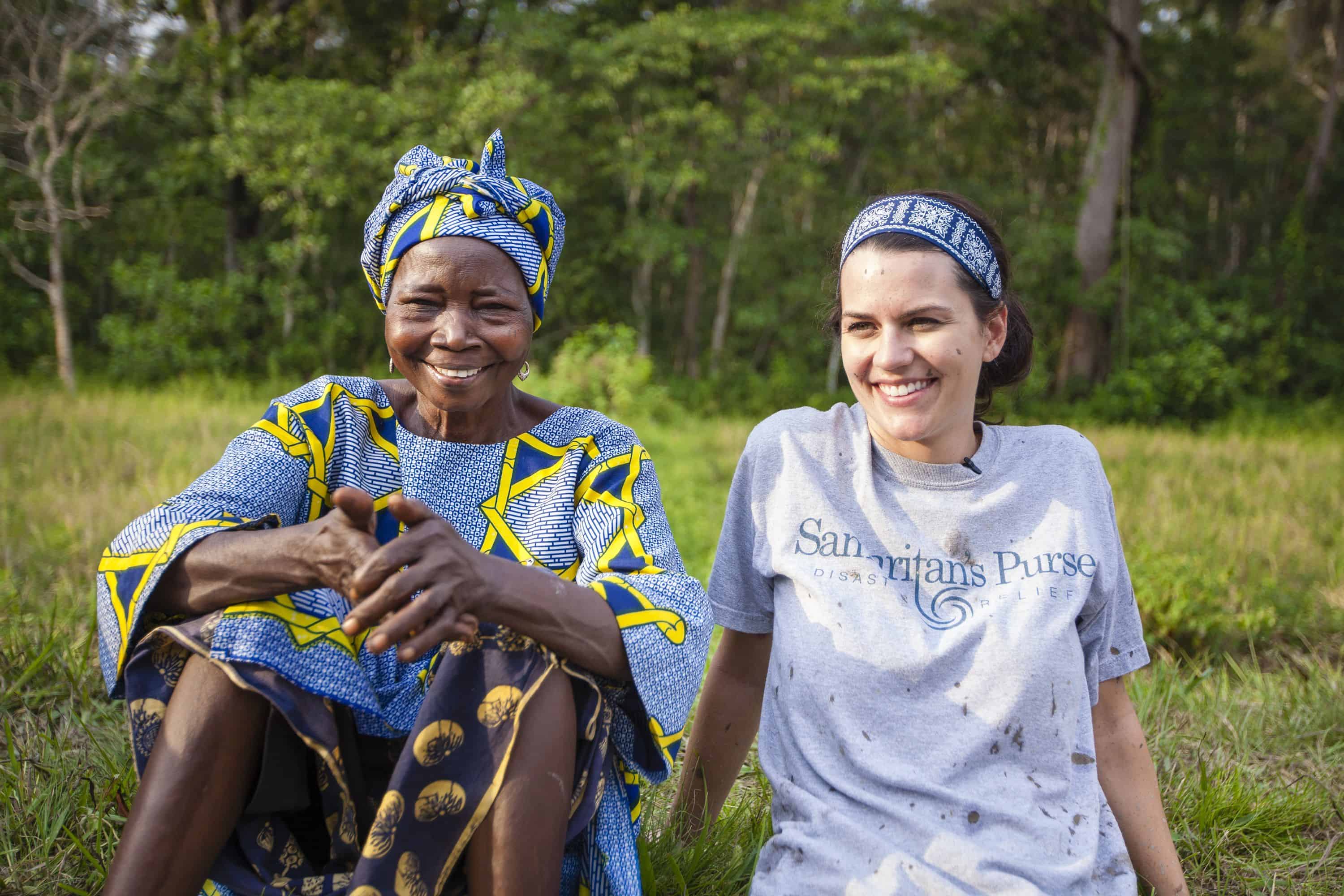 Cissie hears the story of how one Christian woman faithfully prayed for her majority Muslim community. She never gave up hope, and God answered her prayers.

I can’t help but imagine the years and years that she spent praying diligently for her community. It couldn’t have been easy. She was publicly ridiculed for her faith—but she kept praying. 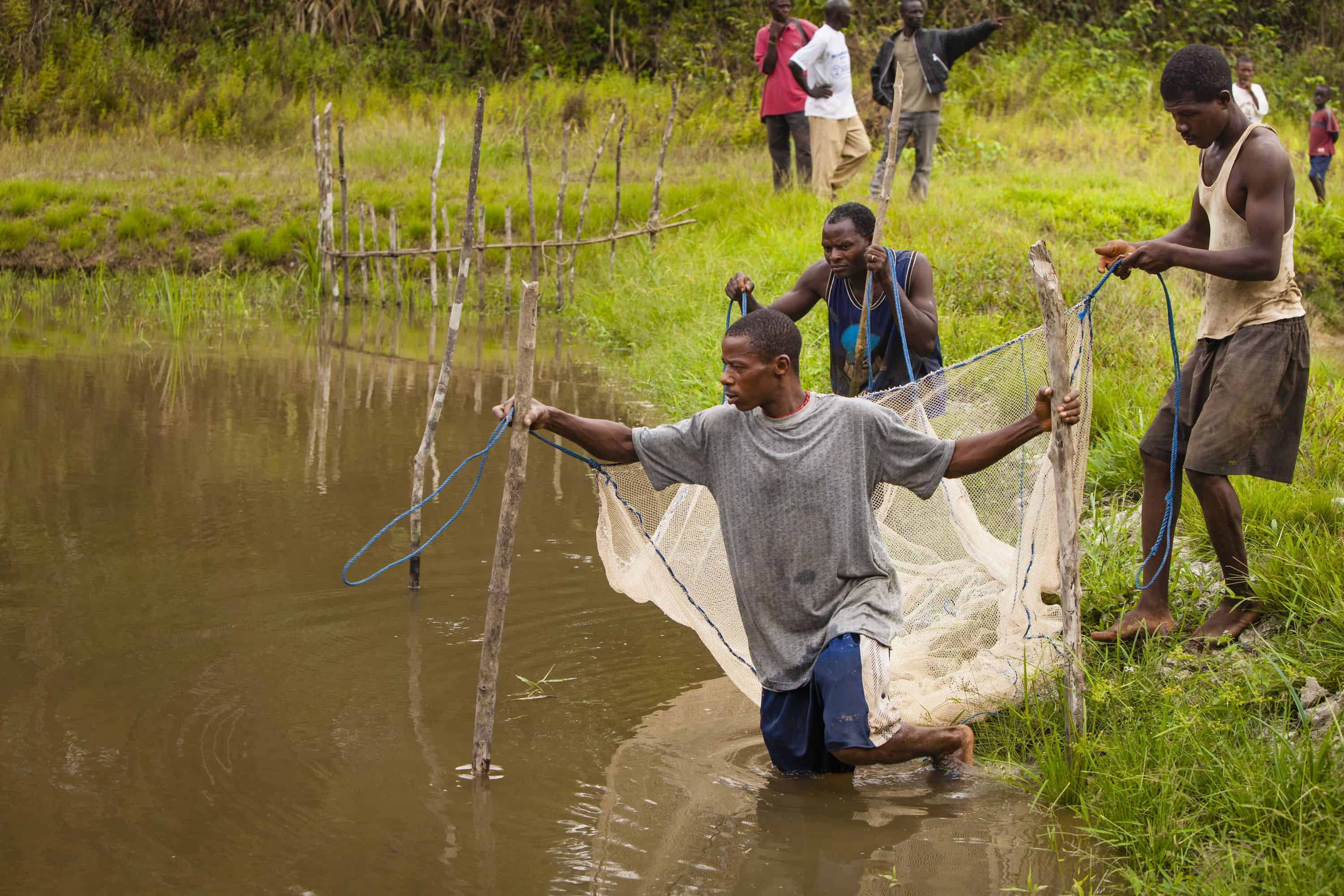 After harvesting the fish, the church shared their catch with everyone in the community regardless of their religion.

This International Women’s Day is about uniting women around the world, and while I believe that is important, I think women are really connected by the similar prayers that they pray. Prayer has the power to change lives. 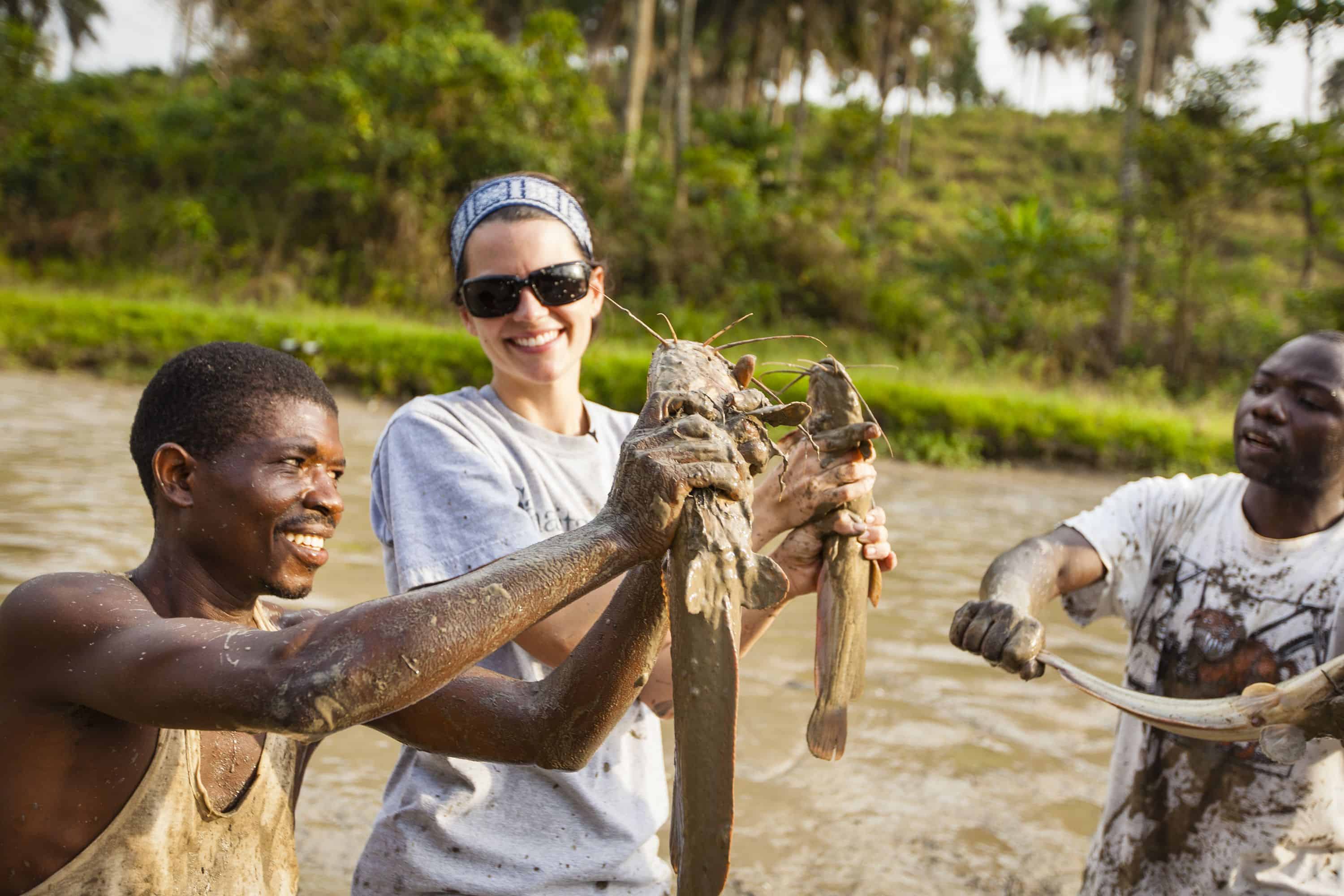 The Samaritan’s Purse fish pond opened the door for the Gospel.

Around the world today, there are many women praying for a miracle. At some point, every woman has cried herself to sleep—praying and fighting for something that seems impossible. Maybe it’s a child who doesn’t know the Lord, a friend who is battling cancer, or maybe it’s for the strength to persevere as the only Christian in your village. Regardless of where you are today, God hears your prayers. 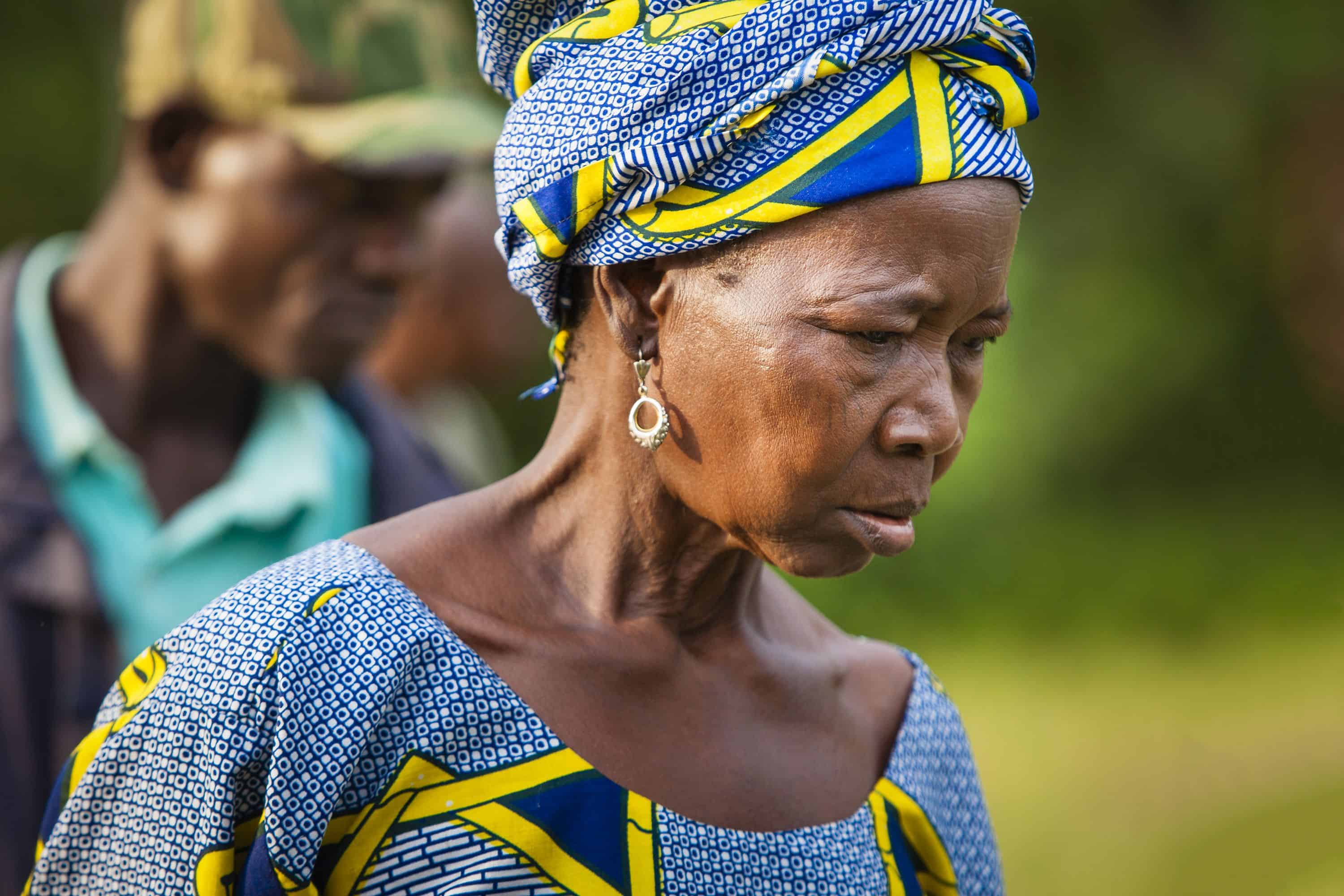 She endured persecution, but she kept praying.

Psalm 116:2 says that God bends down to listen to His children. Prayer is never lost in translation. 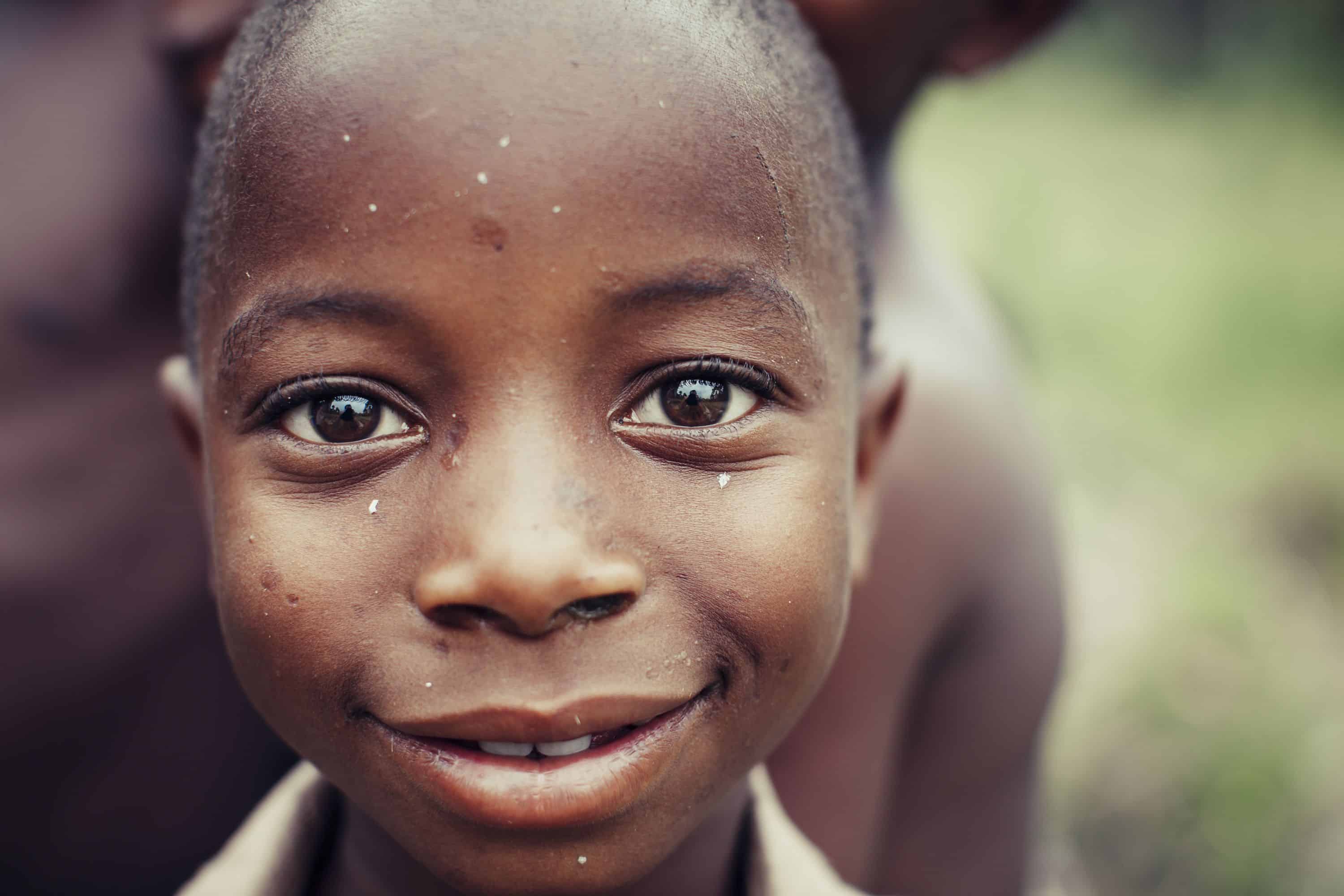 And while we aren’t promised to see the answers to our prayers, God is so good, and He often blesses our obedience by allowing us to see the fruit. It turns out that the elderly woman I met at the fish pond was watching more than just a physical harvest of fish. She was witnessing a spiritual harvest.

The fish pond was her unexpected answer to prayer.

Samaritan’s Purse built the fish pond, and the church was responsible for running it. When the church harvested the first group of fish, they shared it with everyone in the community regardless of their religion. This small act of kindness began to soften hearts. Suddenly, the town grew from one Christian woman to over 100 believers. 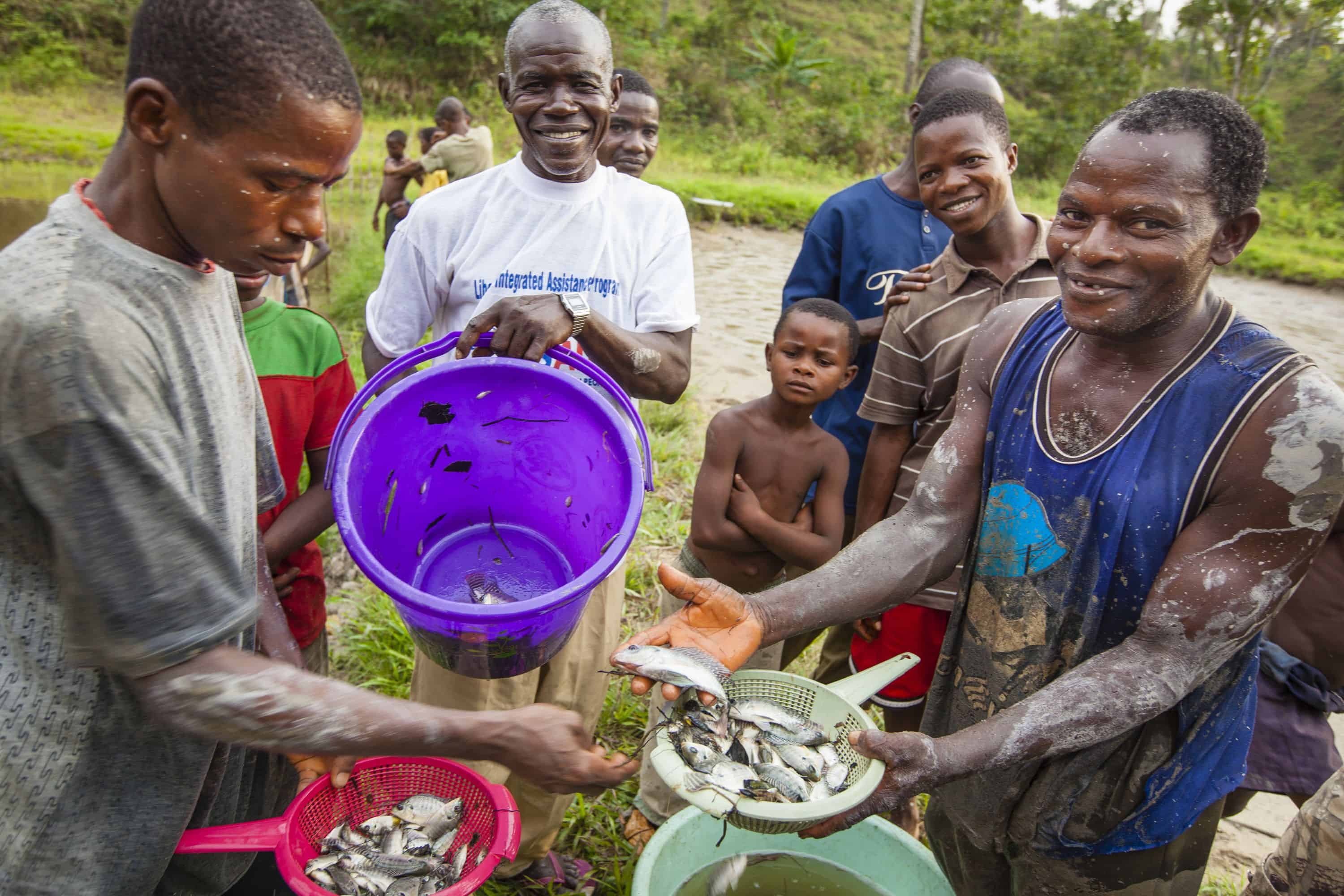 The fish pond was a catalyst for the Gospel and an answer to her prayers. The same people who used to mock her now worship Jesus beside her at church.

I want a faith like this—pursuing Jesus no matter the cost. 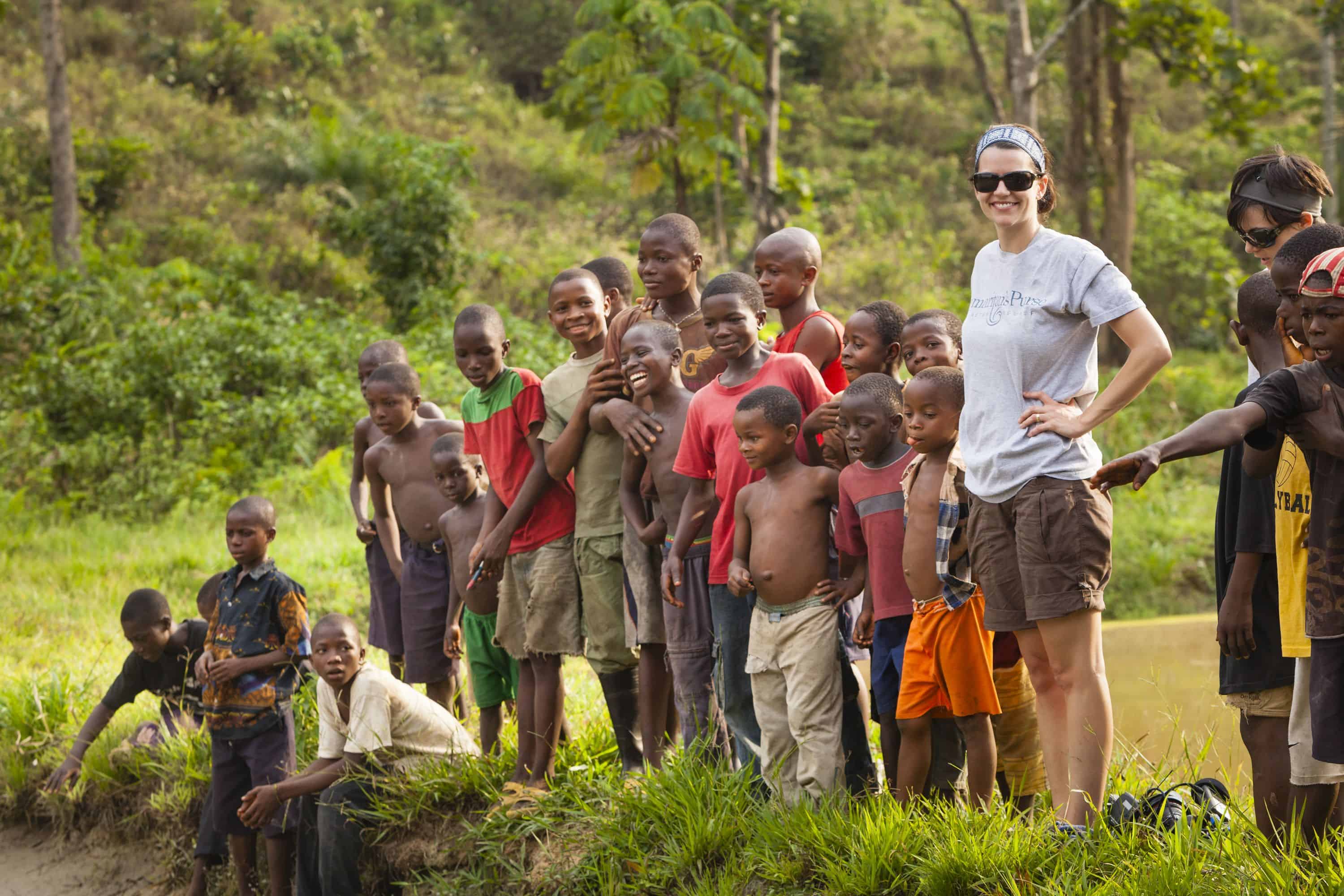 Cissie remembers watching the next generation run alongside the bank as they harvested fish. One woman’s prayers will impact multiple generations.

I want a faith like this—pursuing Jesus no matter the cost. Relentlessly bringing my prayers before God even in the face of persecution. 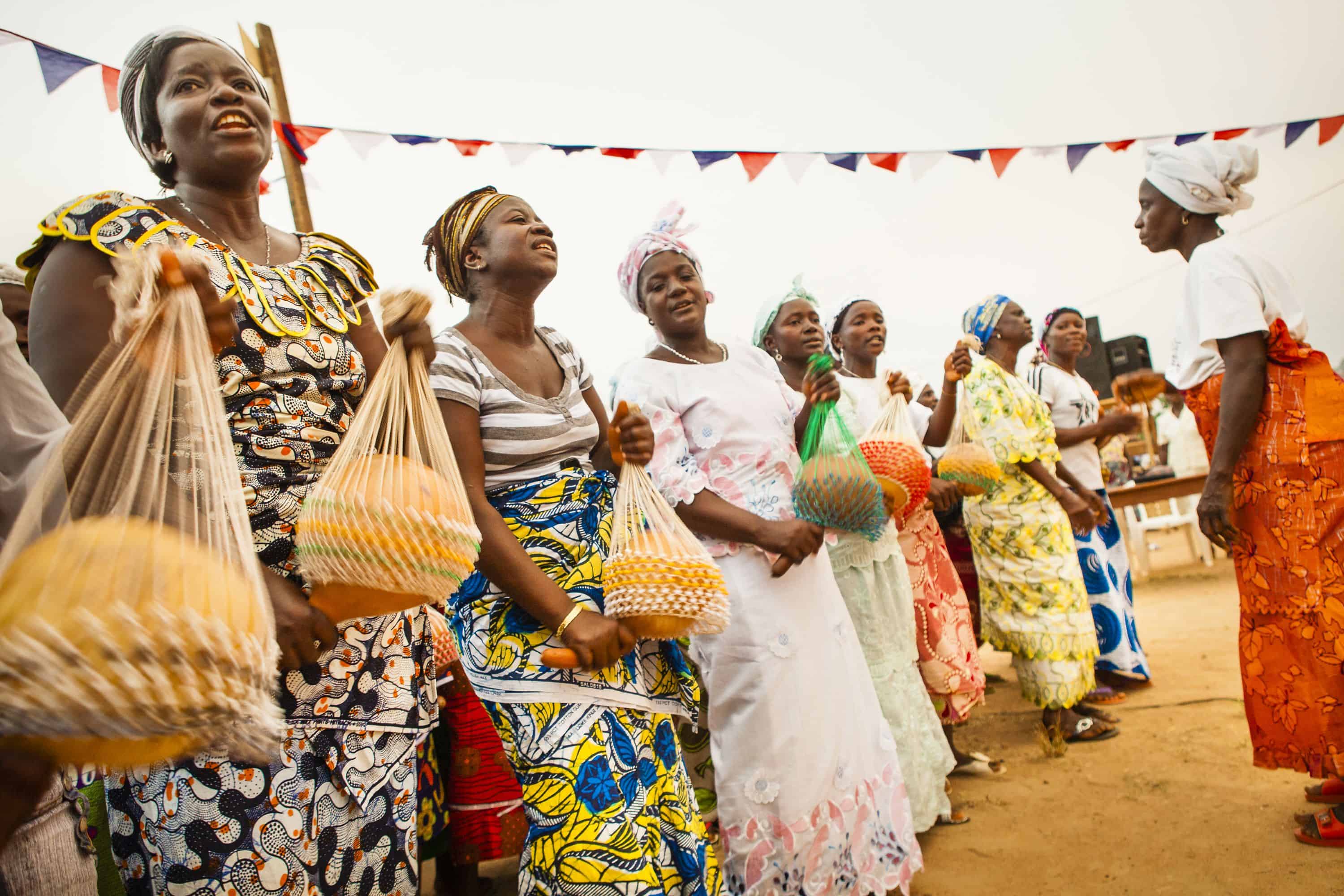 As I reflect back on relief work that I have been a part of with Samaritan’s Purse, my heart is heavy for the women I have met across the globe. Our day-to-day lives may look very different, but we are all crying out to God. We are united as women, but we are connected by prayer—for our children, our families, and our communities. 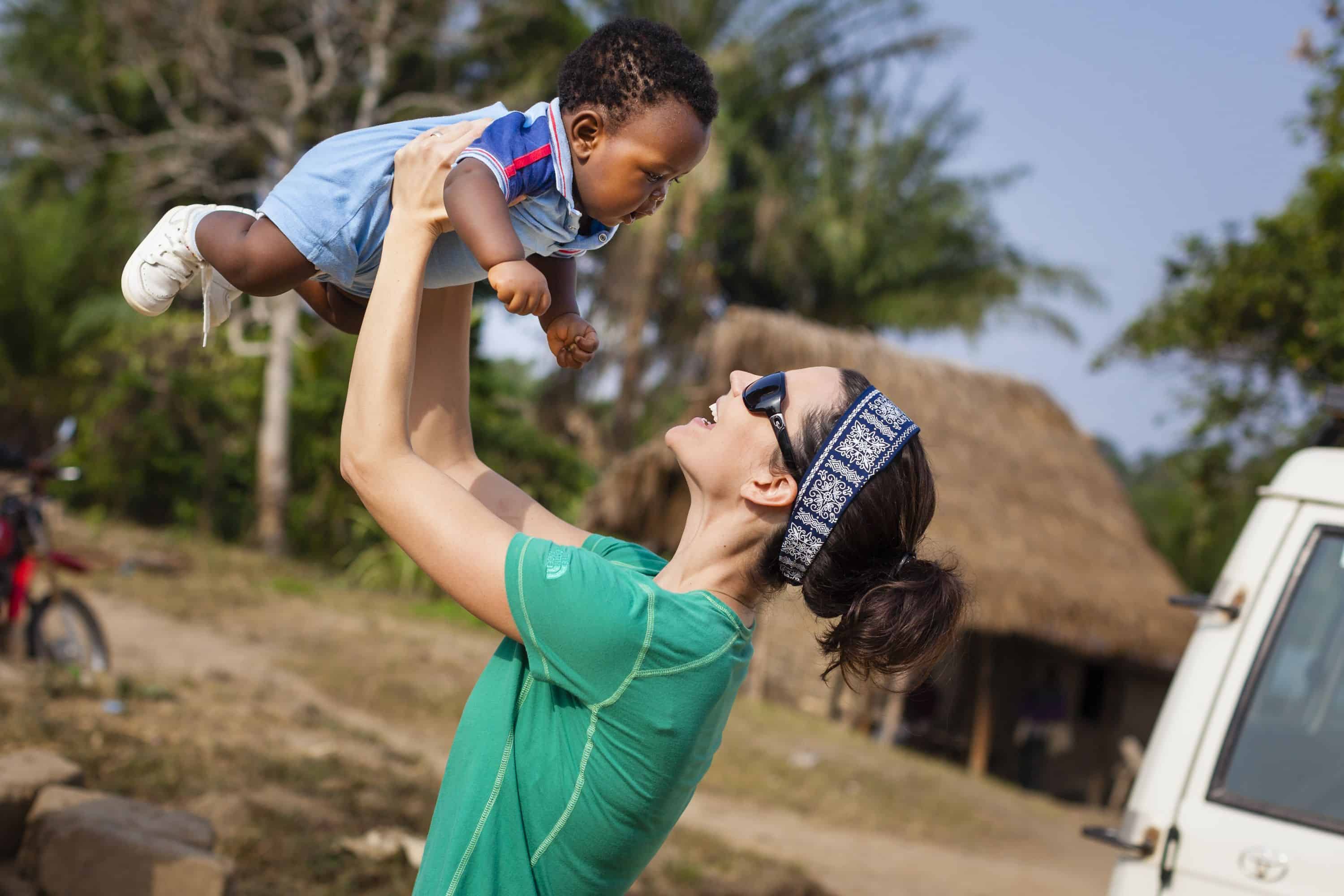 HELP WOMEN AROUND THE WORLD