Mercy arrived at Tenwek Hospital in Kenya writhing in pain. She was malnourished and couldn’t get comfortable. Dr. Dylan Nugent, an orthopedic surgeon taking part in World Medical Mission’s Post-Residency Program, examined her and had a biopsy done on her leg. 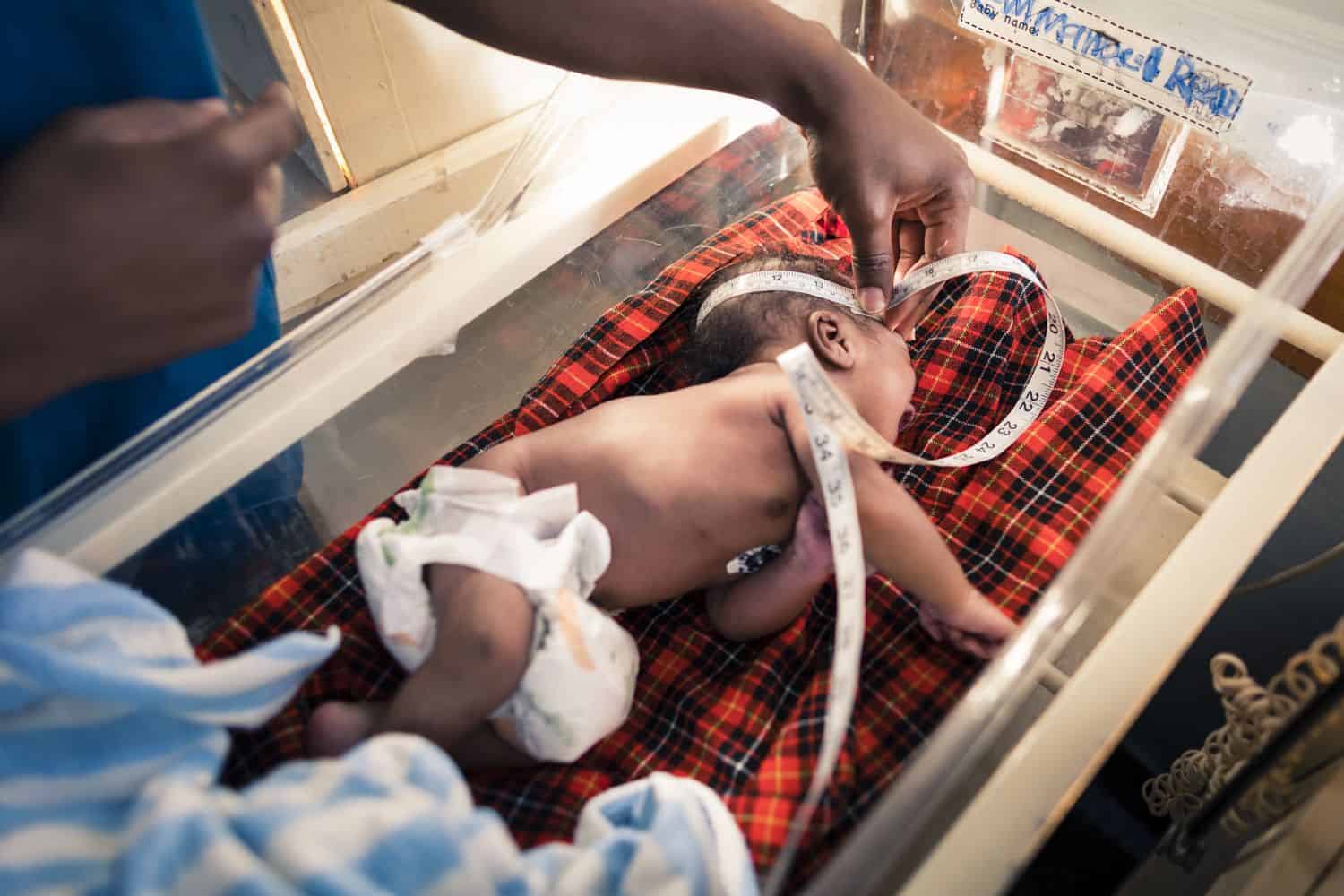 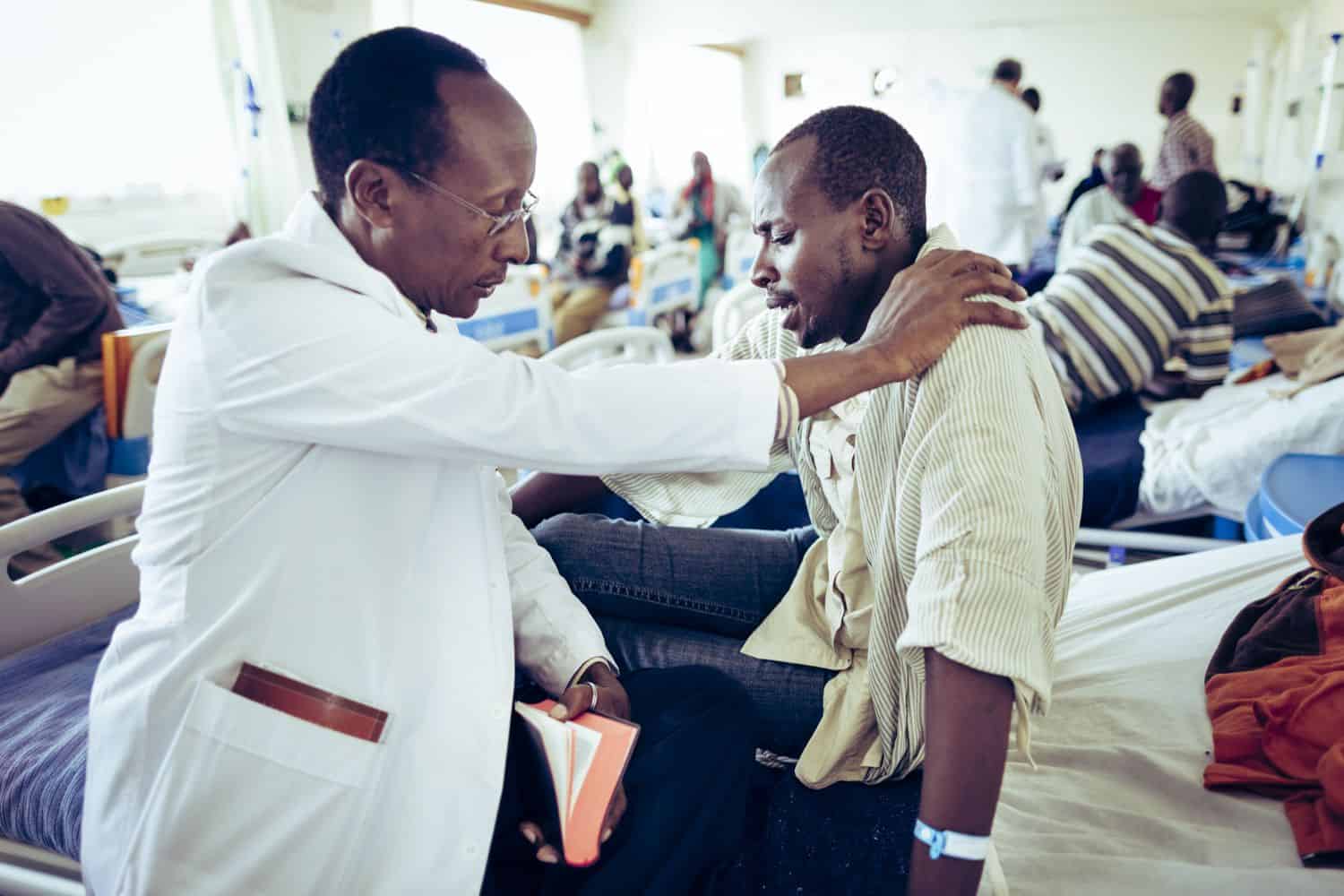 Tests revealed the 16-year-old Mercy was suffering from bone cancer in her tibia just below the knee. Dr. Nugent knew her leg would need to be amputated above the knee to form a good limb for fitting a prosthesis. 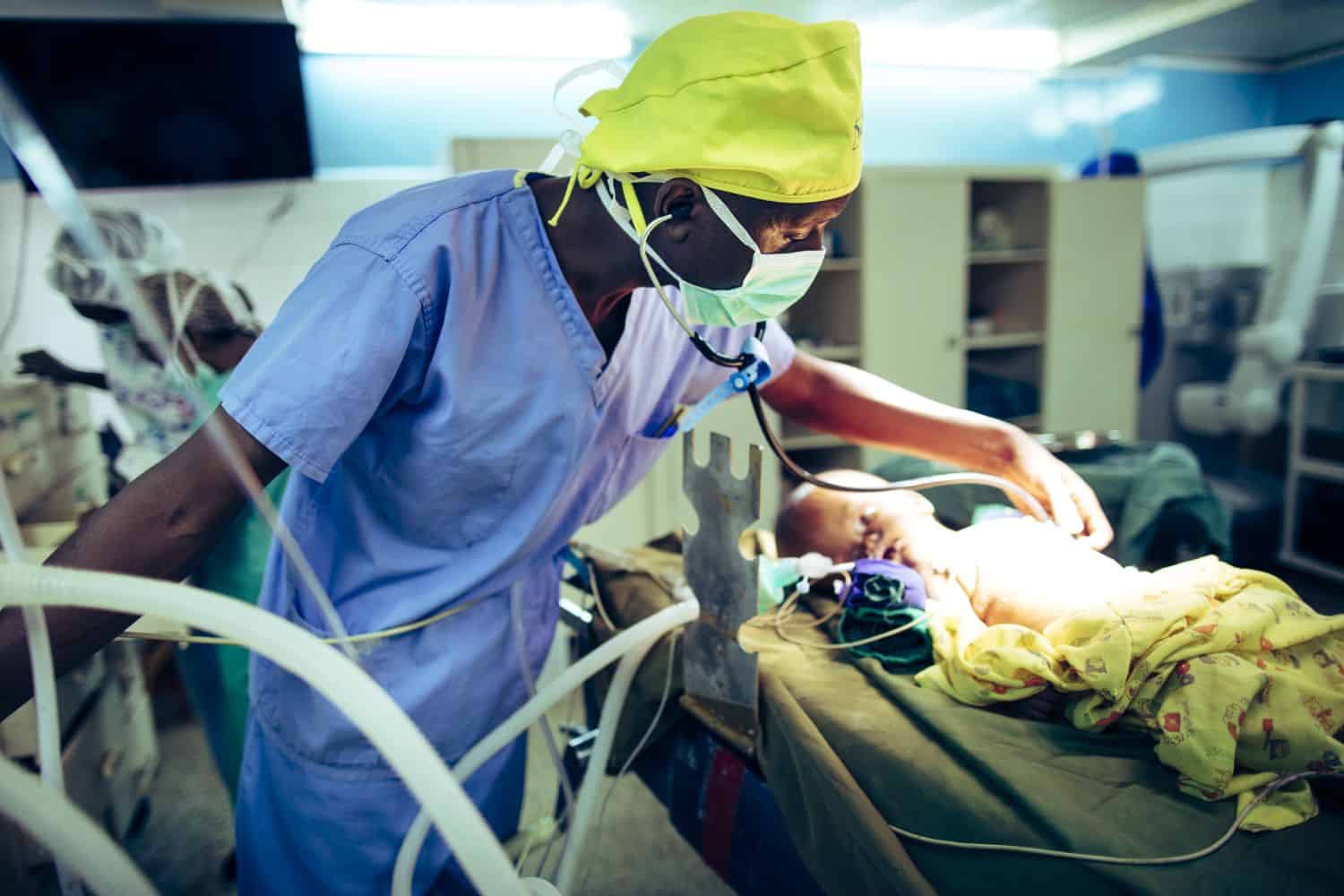 Mercy’s parents, though, wanted to take their daughter to the village witchdoctor for “traditional treatment.” Dr. Nugent, along with the hospital’s social worker and chaplains, prayed that God would intervene and allow the surgery to proceed. When they all met together the next day, the girl’s parents agreed.

The surgery went well. Within three days, Mercy was up and using a walker to get around. Two days later, she was released. She began chemotherapy at a different hospital, but during follow-up visits to Tenwek, Mercy was bright, cheerful, and looking so much healthier. And her parents expressed their appreciation to Dr. Nugent and the hospital staff for saving Mercy’s life. 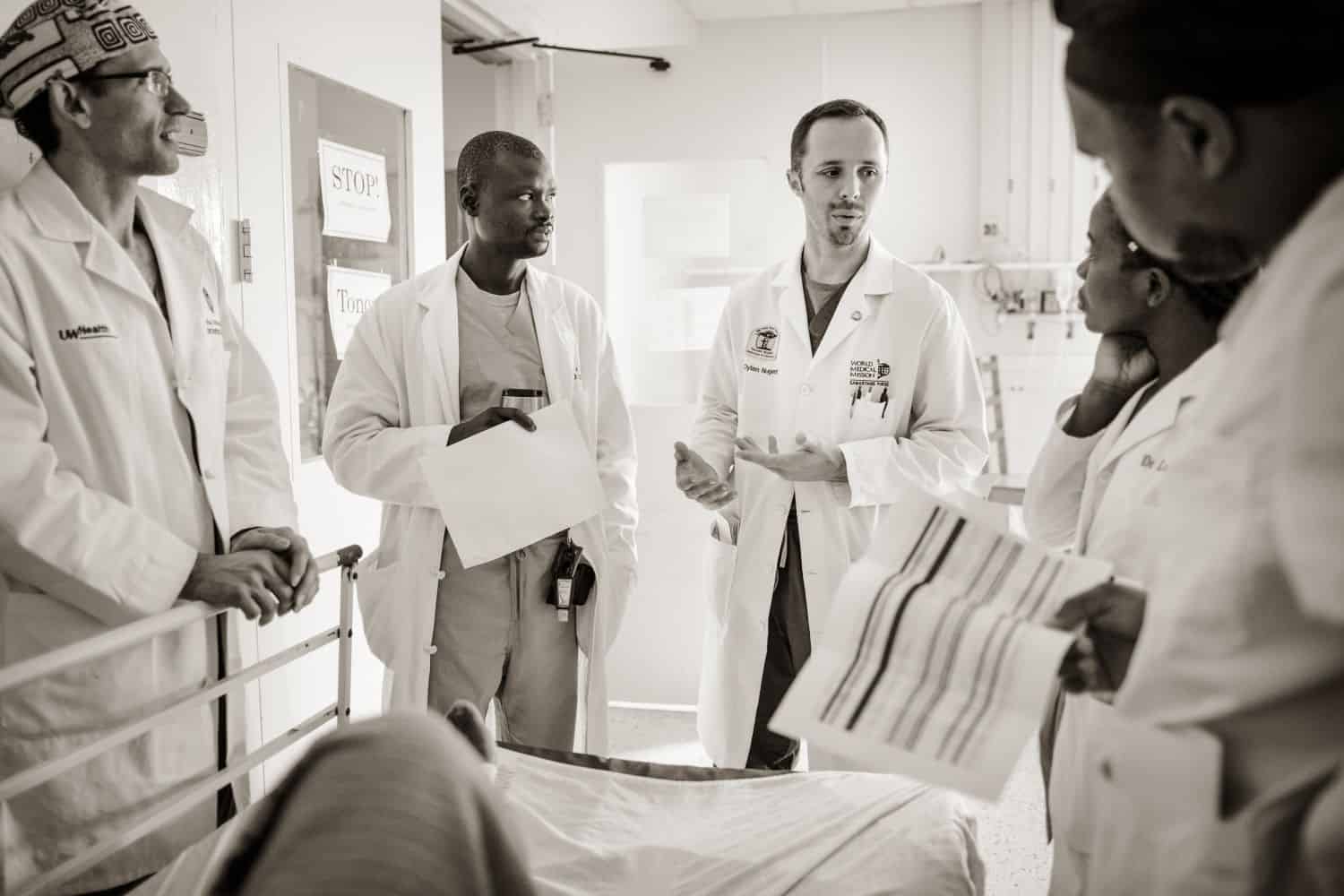 Tenwek, located about 150 miles northwest of Nairobi, is one of dozens of mission hospitals around the world where World Medical Mission doctors are treating patients—and showing and sharing the compassion of Jesus Christ. 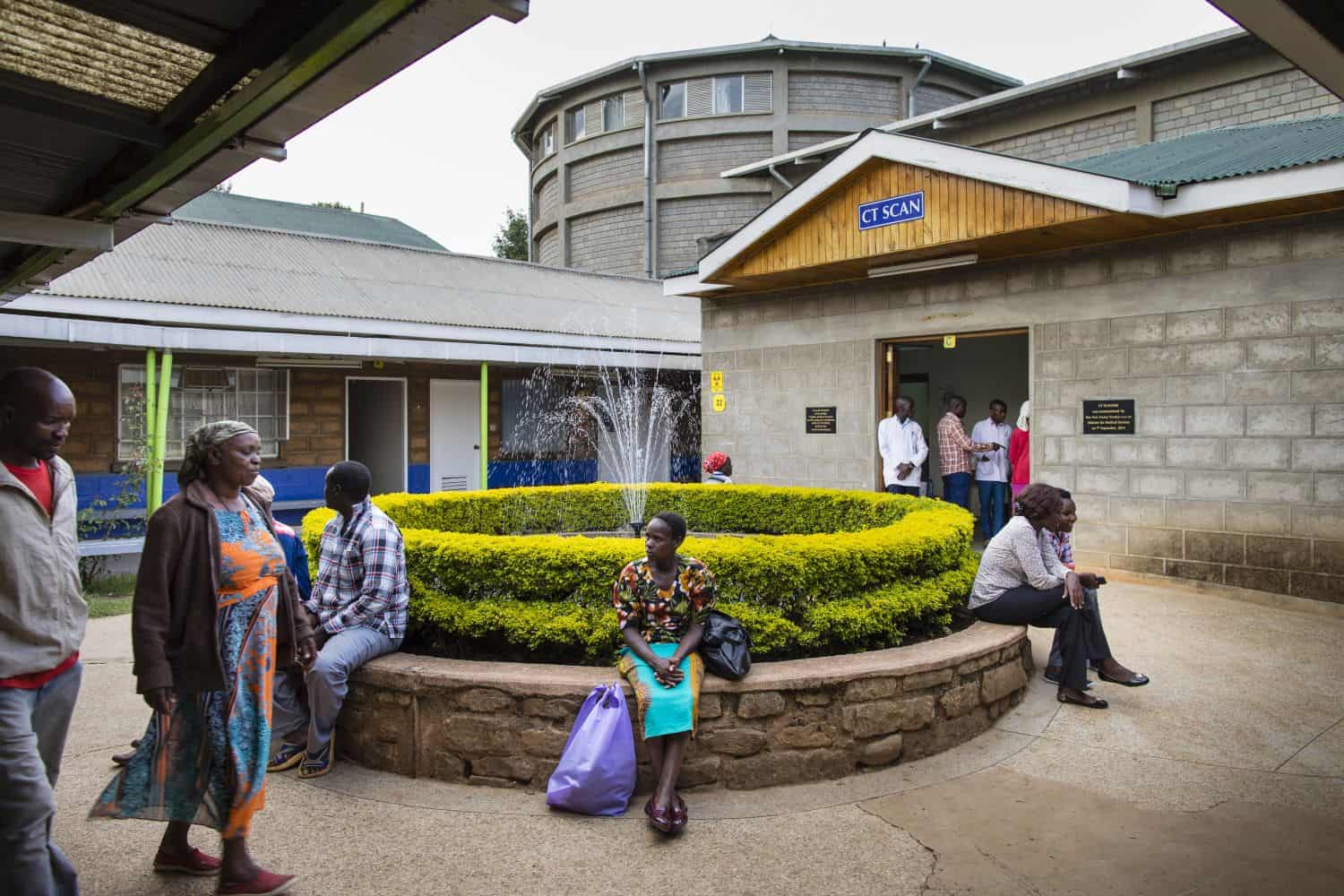 Since World Medical Mission started the Post-Residency Program in 2004, nearly 170 doctors and dentists have been sent to 38 hospitals in 33 countries. At the same time, more than 800 medical personnel each year fan out across the globe for short-term assignments. 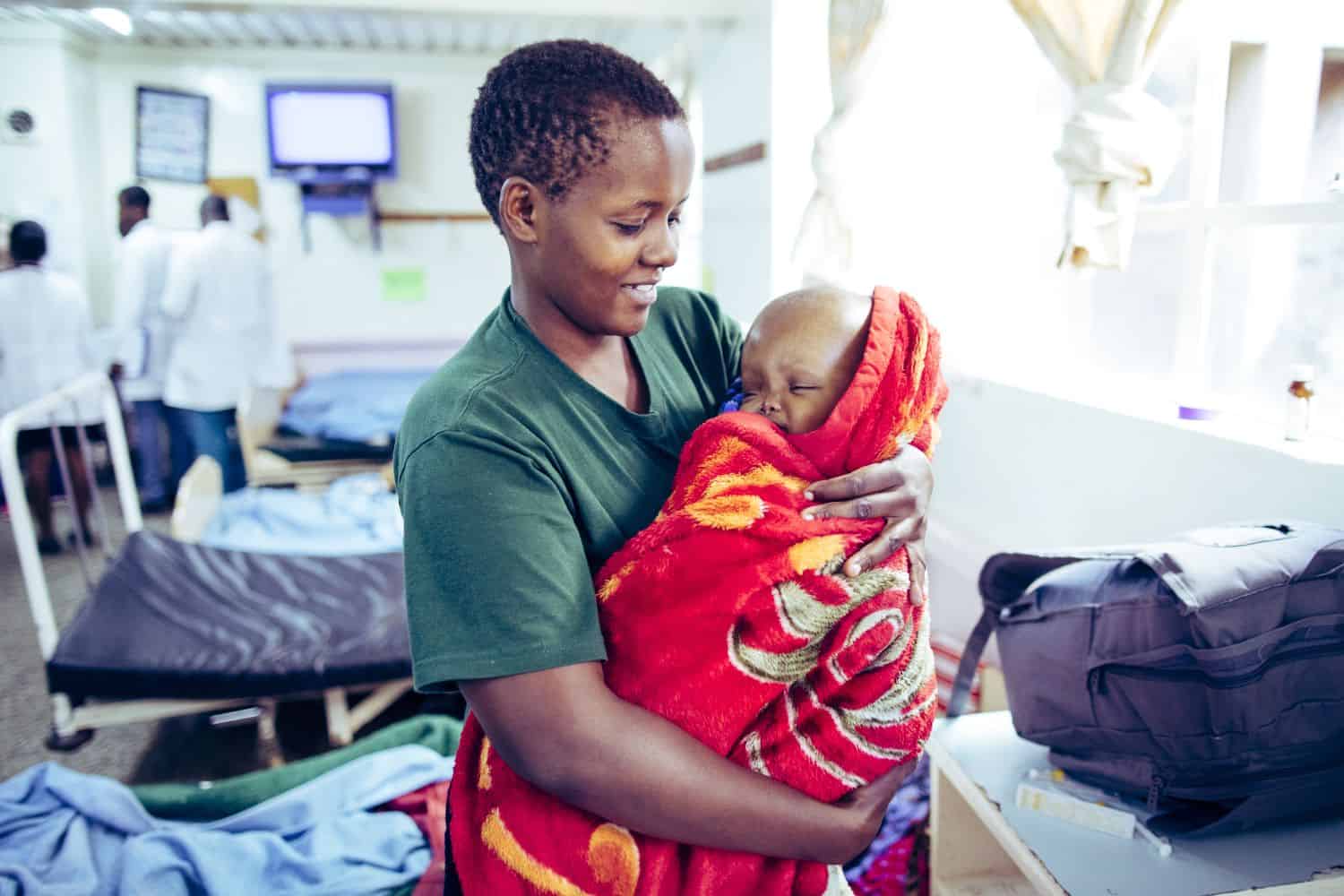 Ever since he was 8 years old, Dylan Nugent dreamed about becoming a doctor. At first, he thought he was going to pursue pediatrics. Volunteering at a children’s hospital while in college at Stetson University reinforced that desire. Then he entered medical school at the University of South Florida in Tampa and took anatomy and physiology. That’s when he fell in love with surgery. So he considered pediatric surgery. 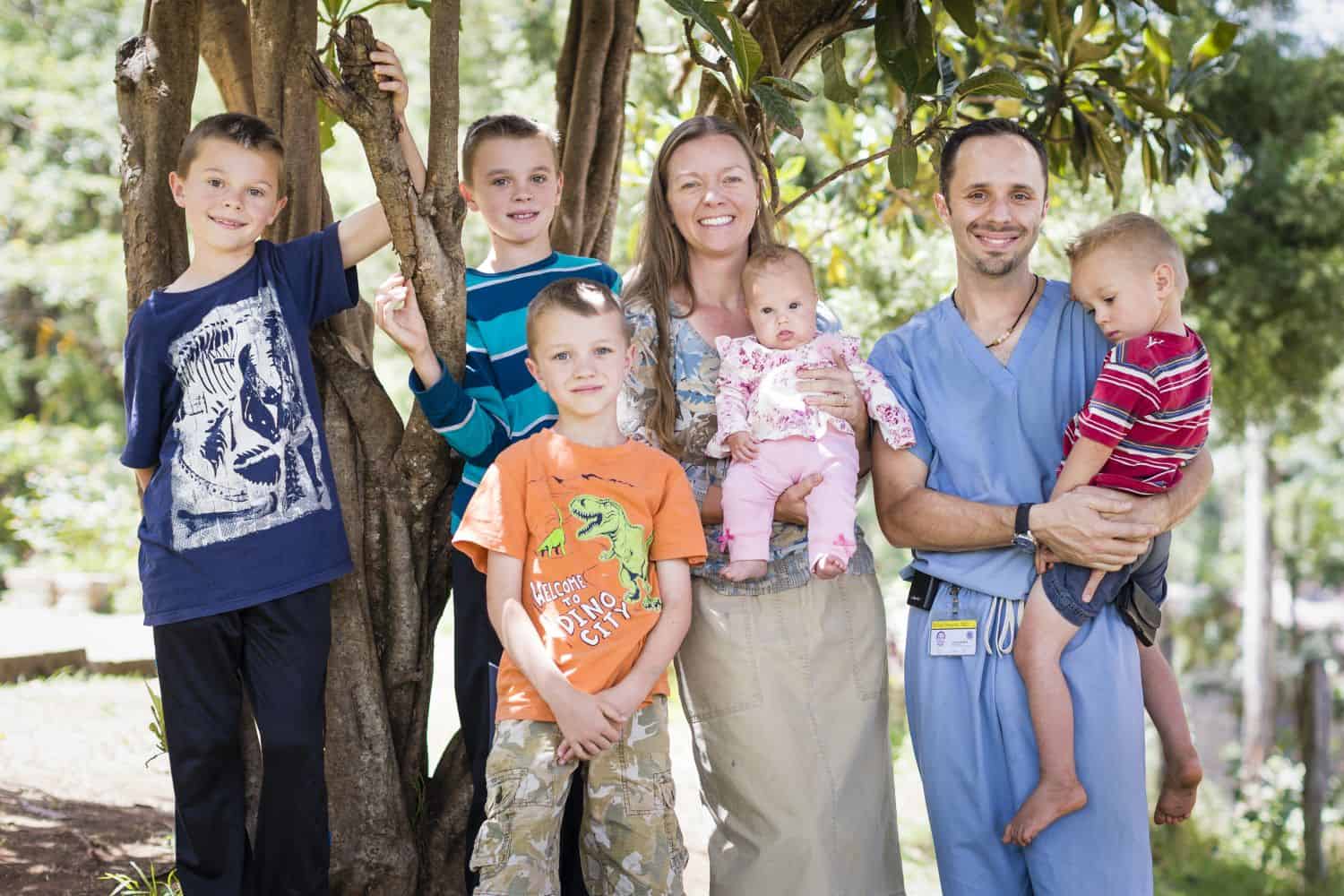 Dylan and Jessica are in the process of raising support to return to Tenwek as long-term medical missionaries.

That idea would be replaced by orthopedics—but with a twist. He soon discovered orthopedic oncology, focusing on pediatric tumors. While at Tenwek Hospital, while serving in our Post-Residency Program, he had not only ample opportunities to put his orthopedic skills into use, he also was able to pursue his “first love”—pediatric tumor patients. 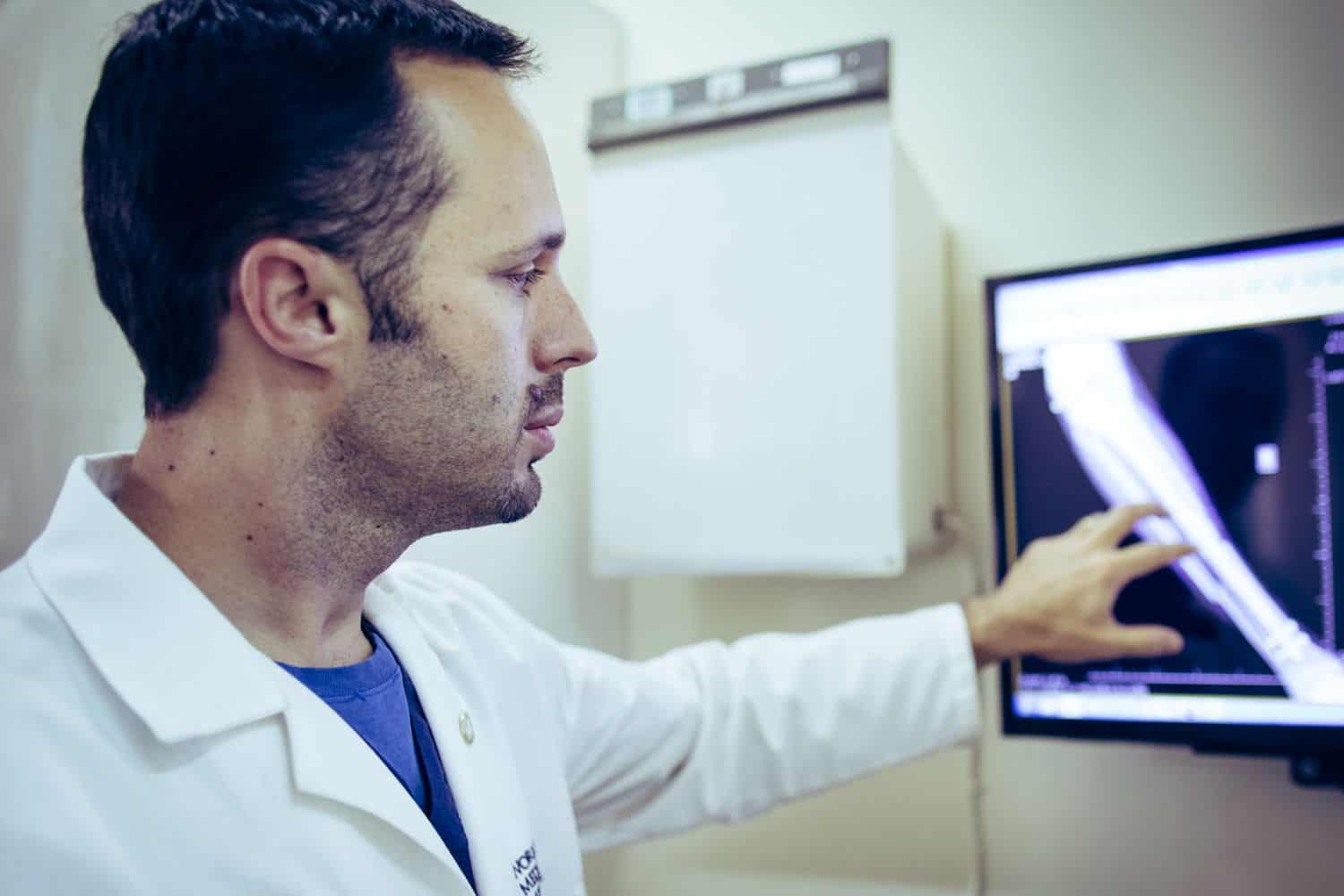 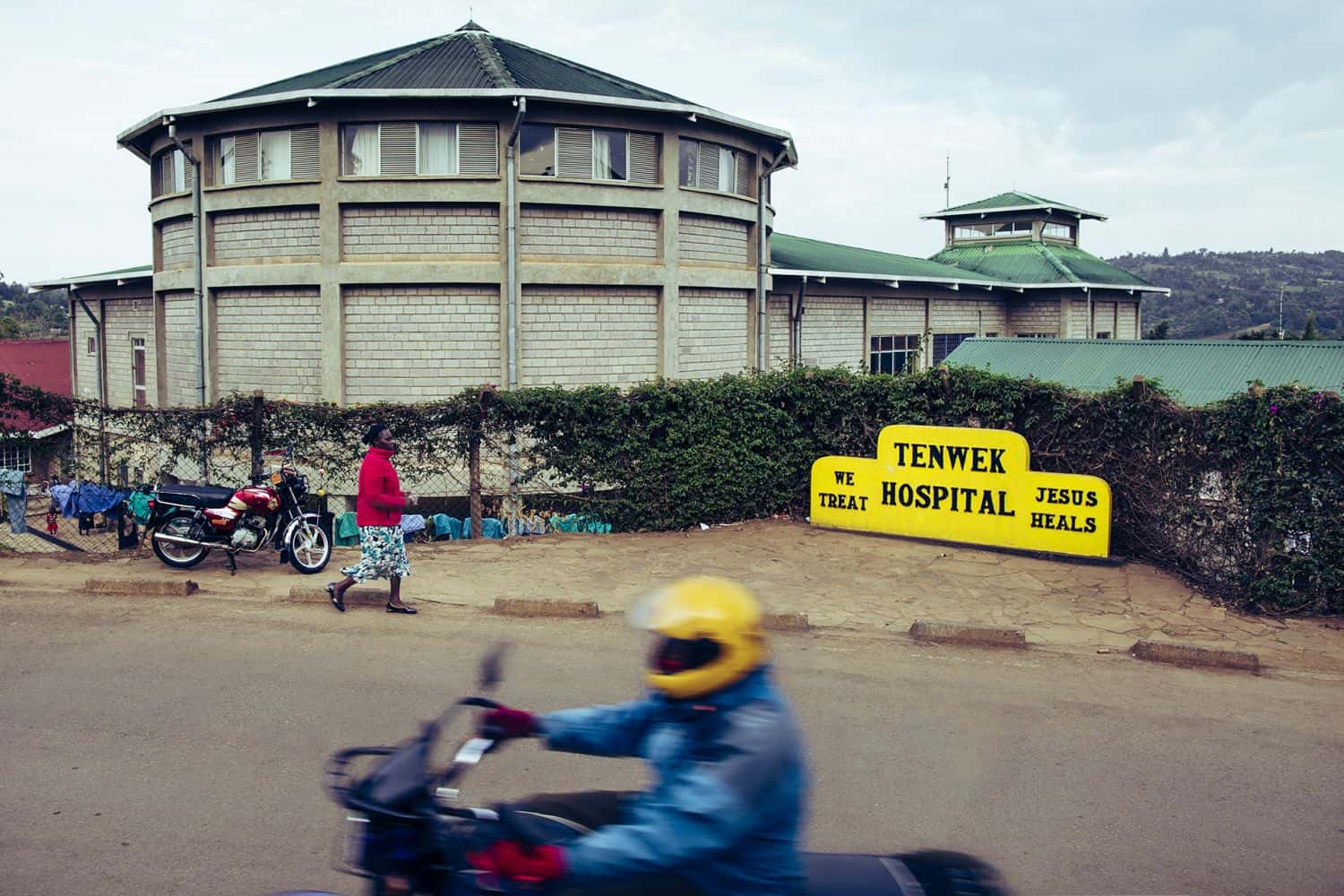 As a radiologist, Dr. Read Vaughan was searching for opportunities to serve overseas. He just didn’t know where. In 2008, he and his wife Suzie attended their first Prescription for Renewal conference put on by World Medical Mission. While there, the Montana radiologist discovered that his expertise was welcomed and needed at Tenwek Hospital. Since then, the Vaughans have served on 13 mission trips with World Medical Mission, including not only at Tenwek but also hospitals in Ethiopia and Honduras. 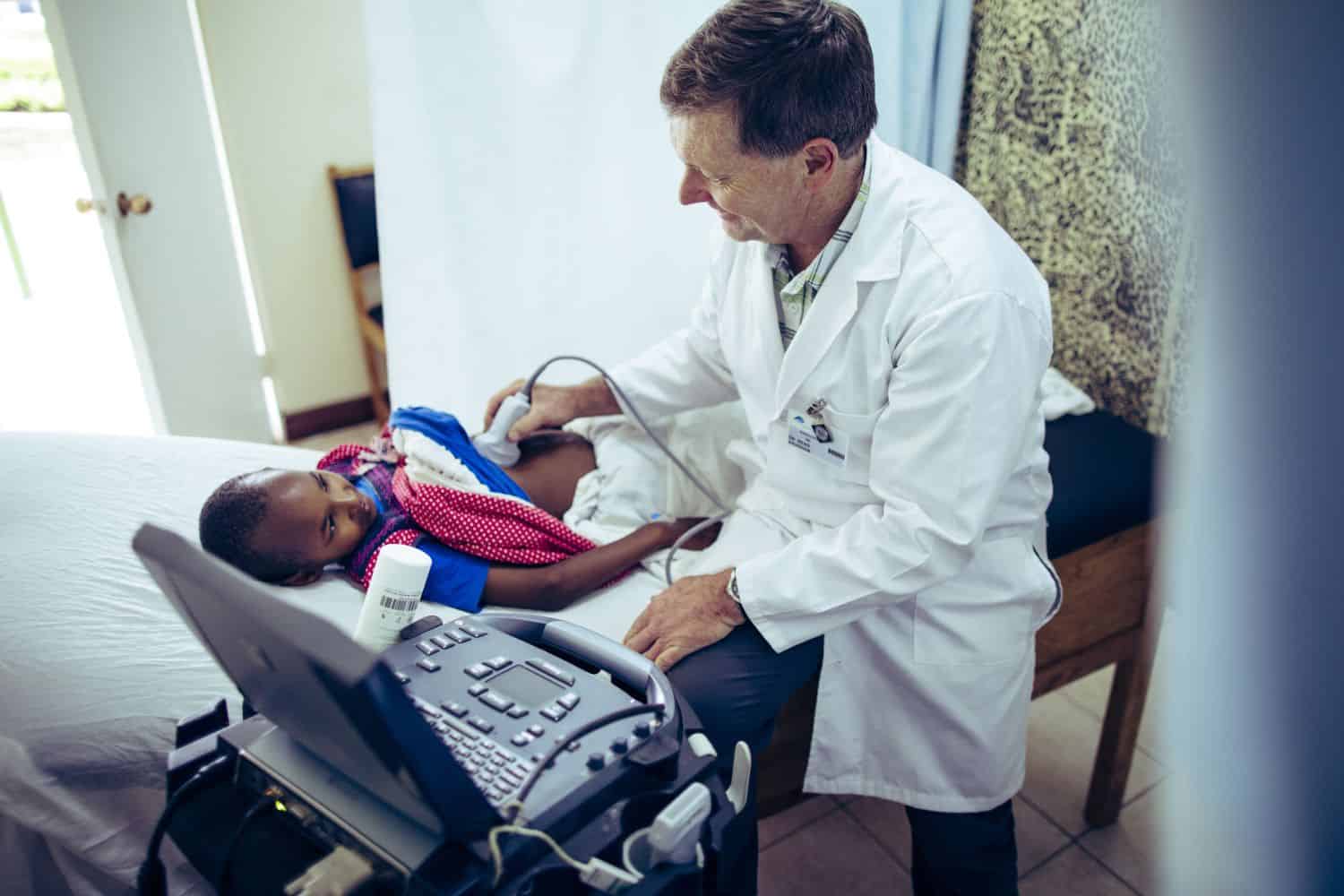 In 2015, the Vaughans learned about Faith through a woman named Regina, who attended church with the little girl and her grandmother. Regina knew that Suzie could sew, so she asked her to make a new dress for Faith, then 8 years old. When the couple walked to Faith’s village to deliver the dress, they saw that she spent her days huddled in a dark corner on the dirt floor of a thatch hut. They knew they had to help. 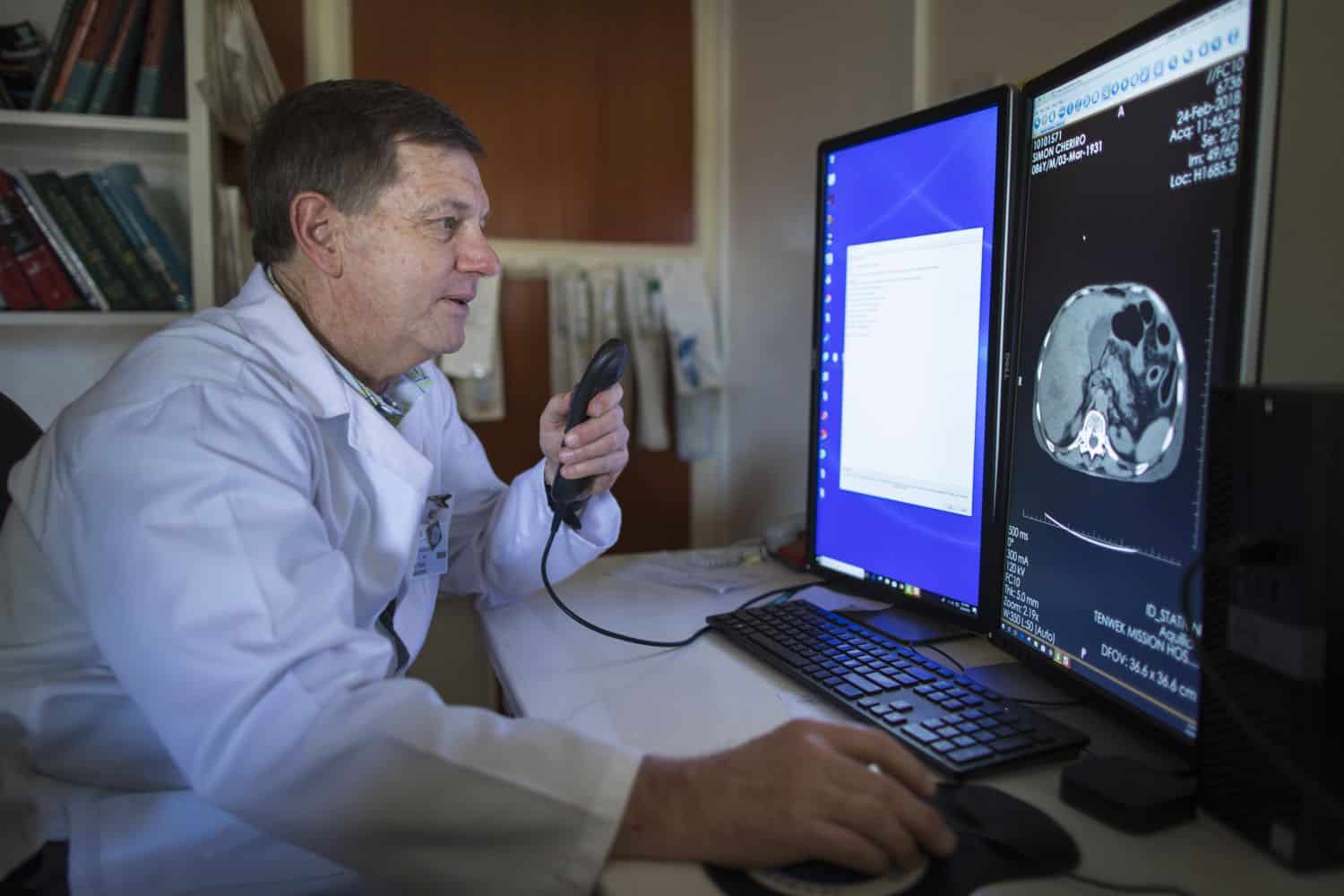 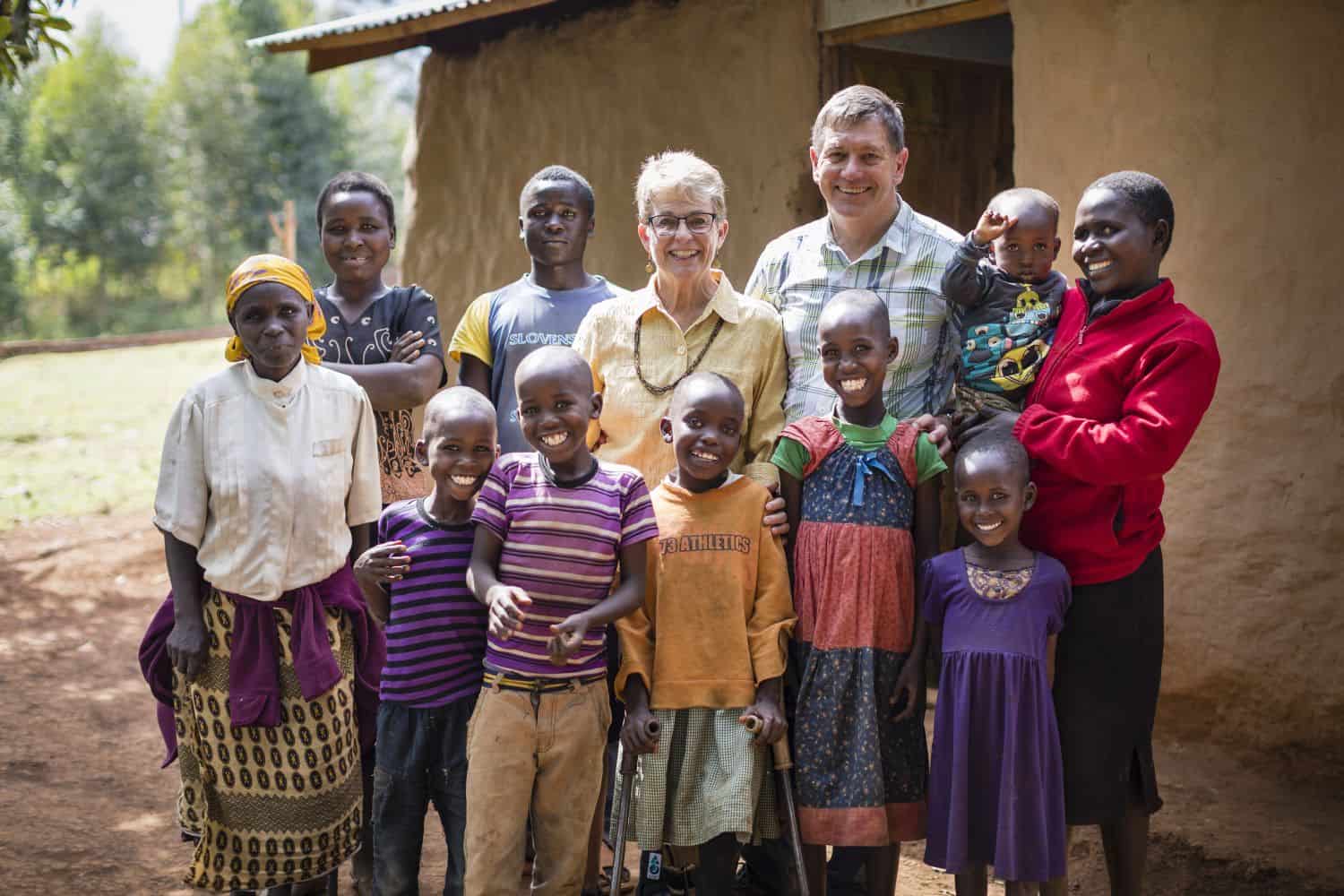 Dr. Vaughan introduced Faith and her grandmother to Solomon Top, a physical therapist at Tenwek, in hopes that a wheelchair could be provided to improve the little girl’s quality of life. When he examined Faith, Solomon saw beyond the wheelchair and believed it was possible that she could walk someday. Solomon made special casts for Faith, which would progressively straighten her legs out. He worked with her for months and she improved tremendously. Eventually, she was able to walk with the help of arm crutches and orthopedic braces. 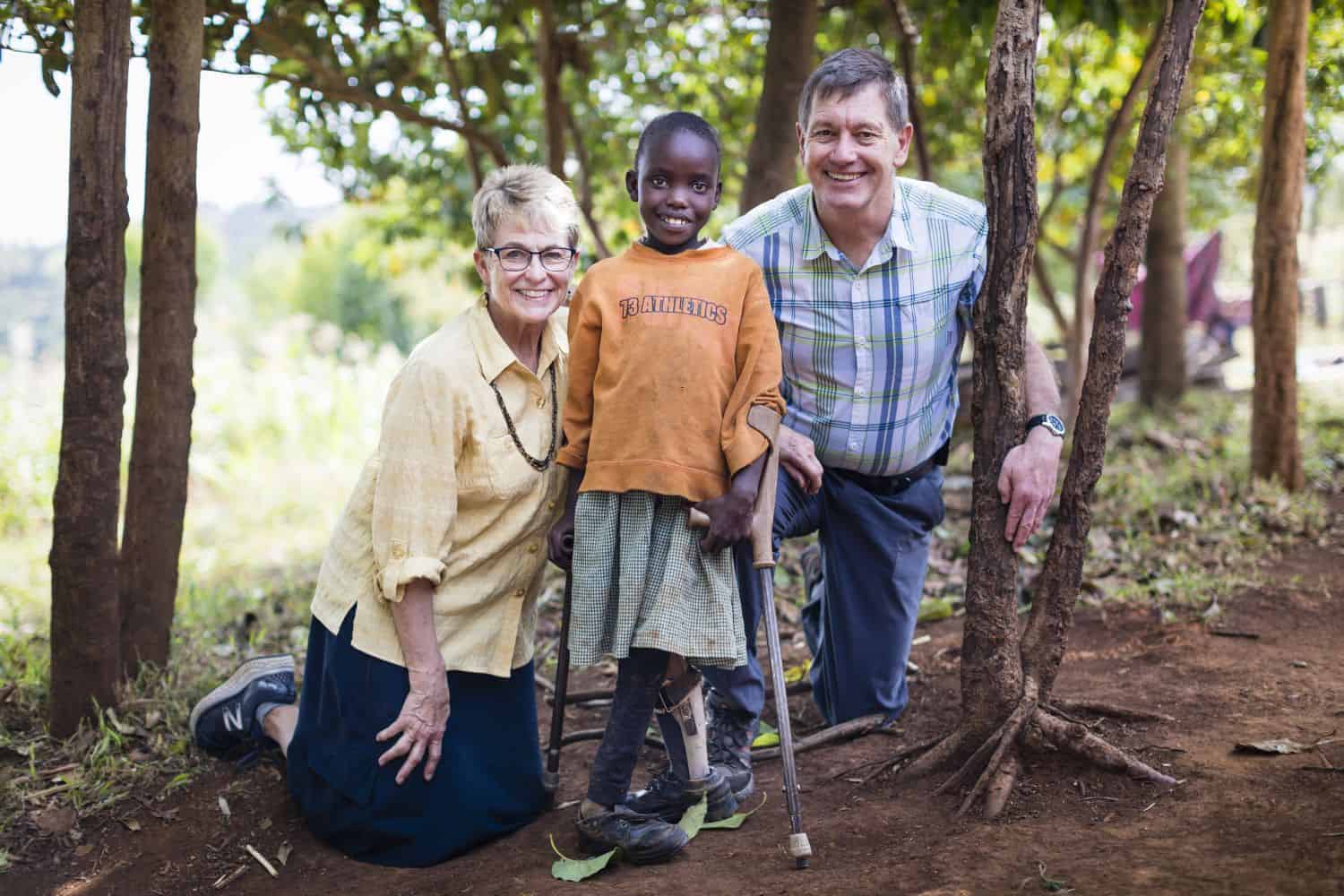 In Kenya, Read and Suzie crossed paths with Faith, who was born with spina bifada.

Now 11, Faith is adventurous and active. No longer confined to the dark, dirty corner of the hut, she spends her days playing outside with her cousins. “I’m very happy,” Faith said. “I thank God. He’s taking care of me.”

This year, the Vaughans were presented World Medical Mission’s annual award, “In the Footsteps of the Great Physician.” The award recognizes missionary doctors who exemplify humility, compassion, and commitment to the Gospel through selfless Christian service.

Mary Blumer spent a lot of her teenage years playing softball, basketball, and gymnastics. She also spent a lot of time in doctors’ offices—with broken ankles, a torn ACL, and back surgery. Those sports injuries spurred her dream to one day become an orthopedic surgeon. 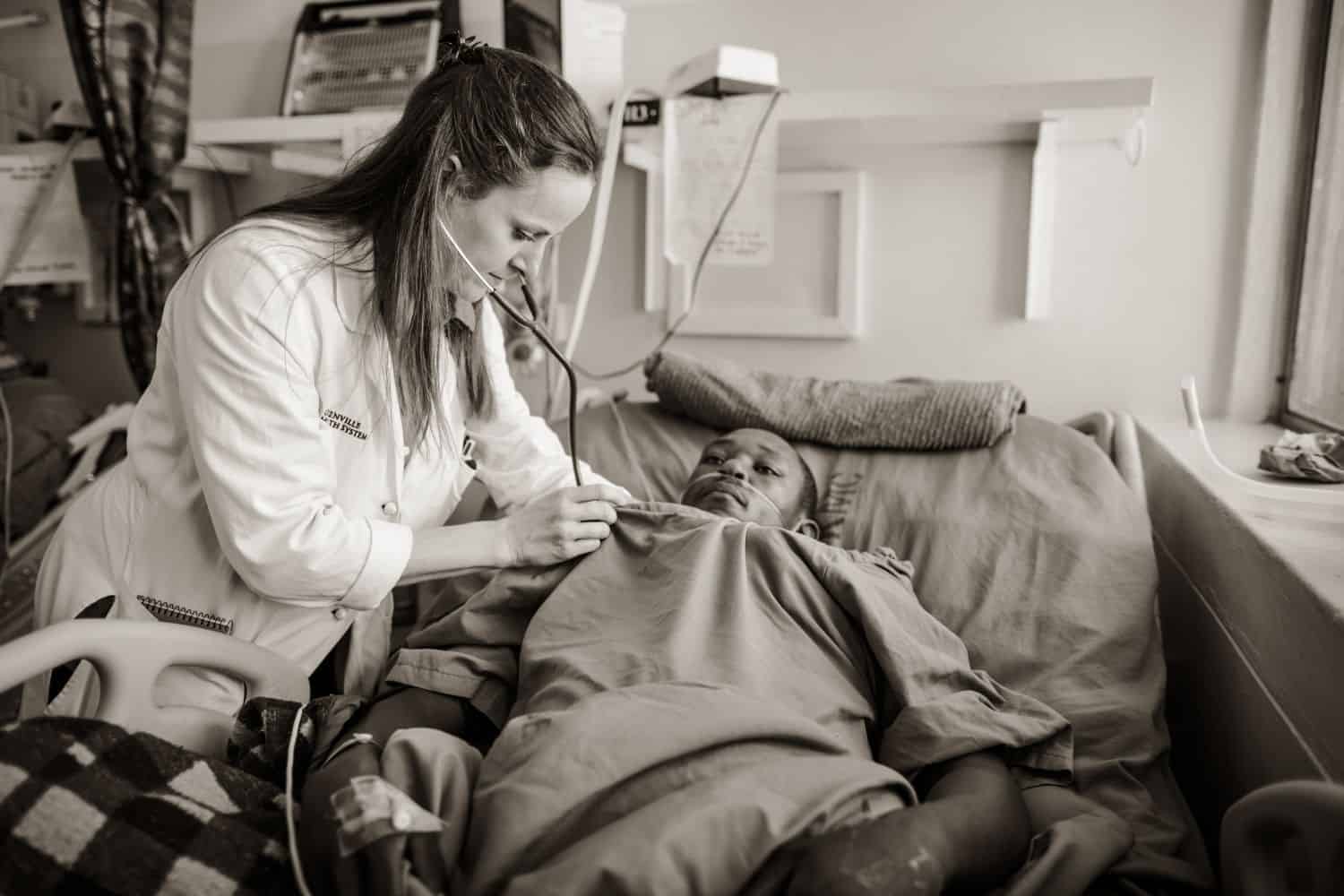 When she’s not teaching, Dr. Blumer enjoys her time with patients.

But when Mary entered medical school at the University of Tennessee, that thinking changed. She liked internal medicine more than surgery. “I like my patients to be awake,” she said, laughing. “I like the medicine part of it.” 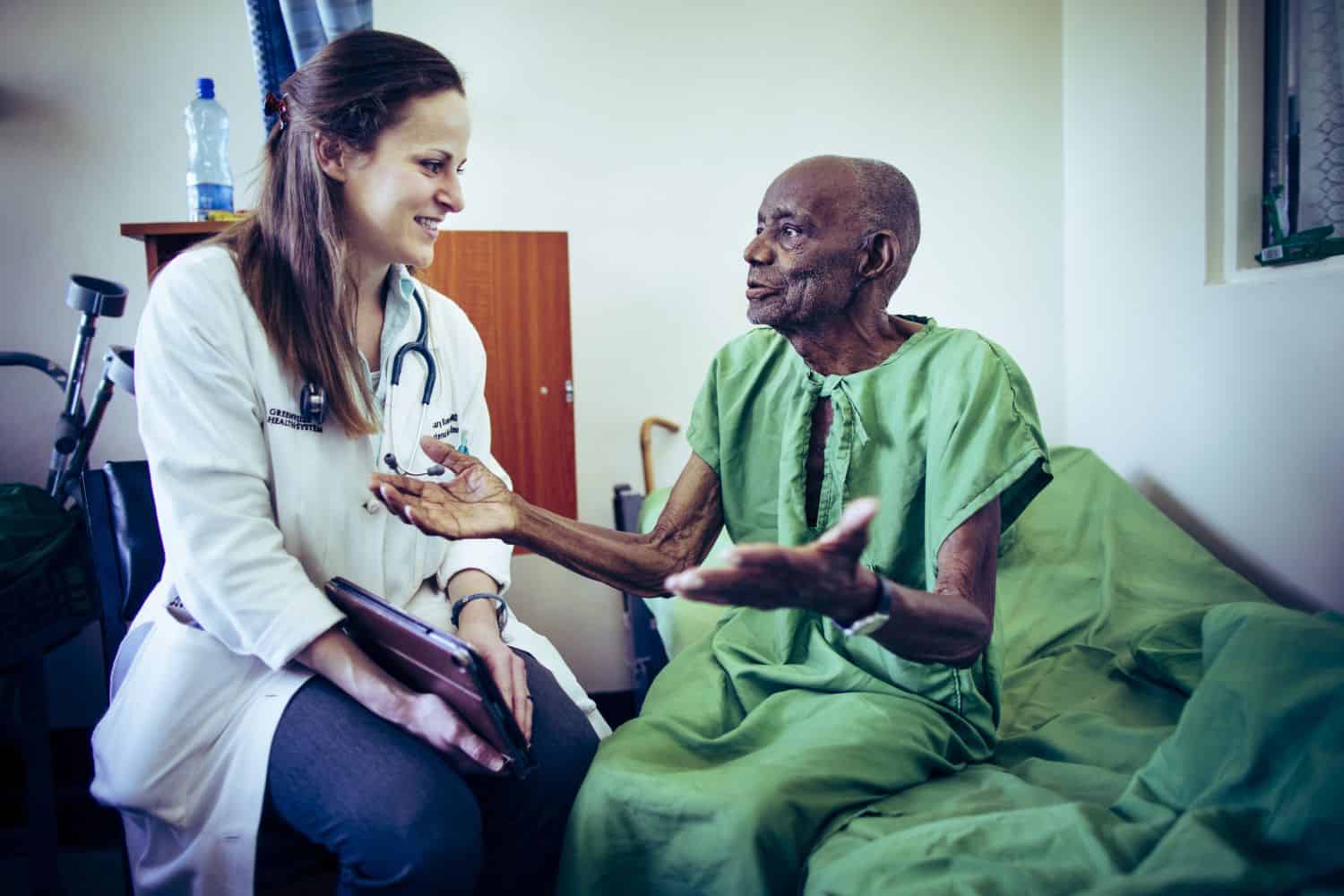 Though anemic and weak, John insisted in sitting up to witness to God’s goodness when Dr. Blumer and students made their rounds.

During her final year of residency this year, she spent three weeks at Kijabe Hospital in Kenya.

“I’m Going to Trust You”

Samantha Conroy never envisioned herself being a doctor. In fact, she was the kid who fainted at the sight of blood. When she was in college at Carnegie Mellon University in Pittsburgh, she majored in biology, thinking she’d get her Ph.D. and do research. 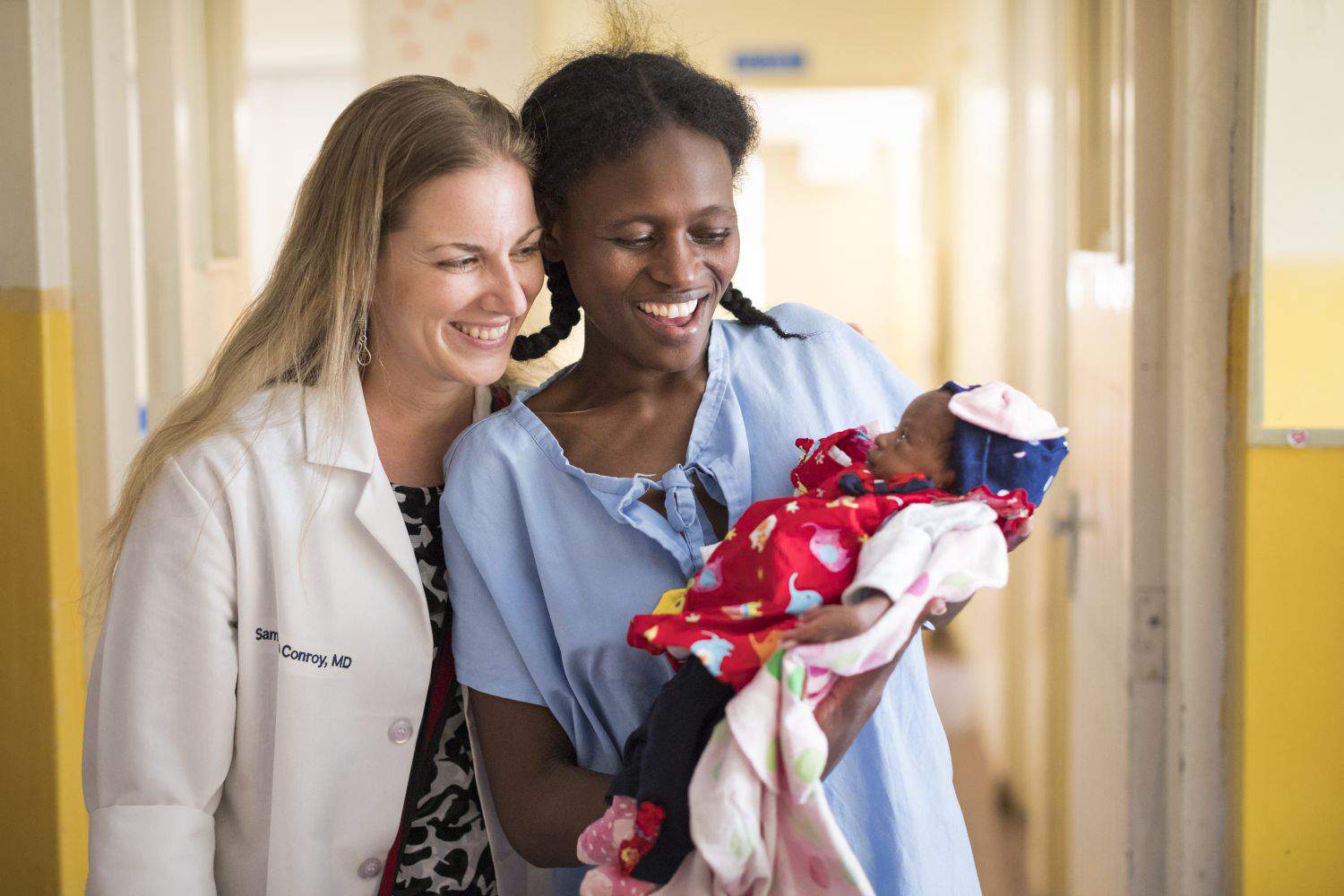 As part of her hospital responsibilities, Dr. Conroy has the privilege of bringing new lives into the world. Earlier this year, she assisted in the delivery of Leah’s fourth child Lovelynn.

She wasn’t following the Lord at the time, but during her third year, God began drawing her back to Himself. She was involved in a campus ministry and went on a mission trip to Zimbabwe for two weeks. They visited a few hospitals, and a nurse on that trip told Samantha one night she believed God was telling her that Samantha was going to be a doctor and that she would return to Africa.

“I told her she was totally crazy,” Samantha said. “But it wasn’t long before I began sensing God wanting me to trust Him for the real possibility of medical school and that through Him all things were possible.” 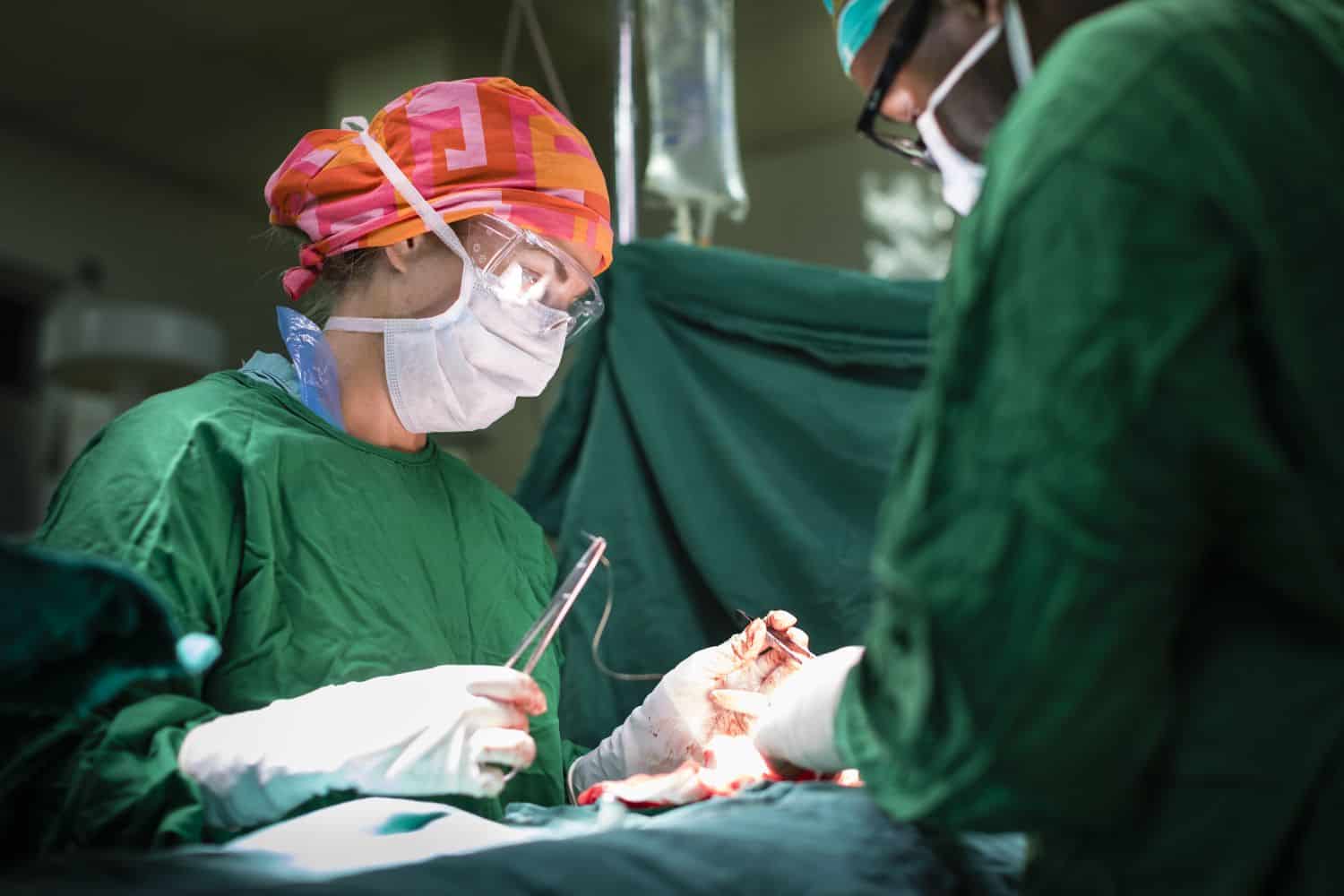 Not too long afterward, while not feeling fulfilled with where she was, Samantha told God, “OK, I’m going to trust You that You’re going to be with me if I go through with this process and in this direction.” 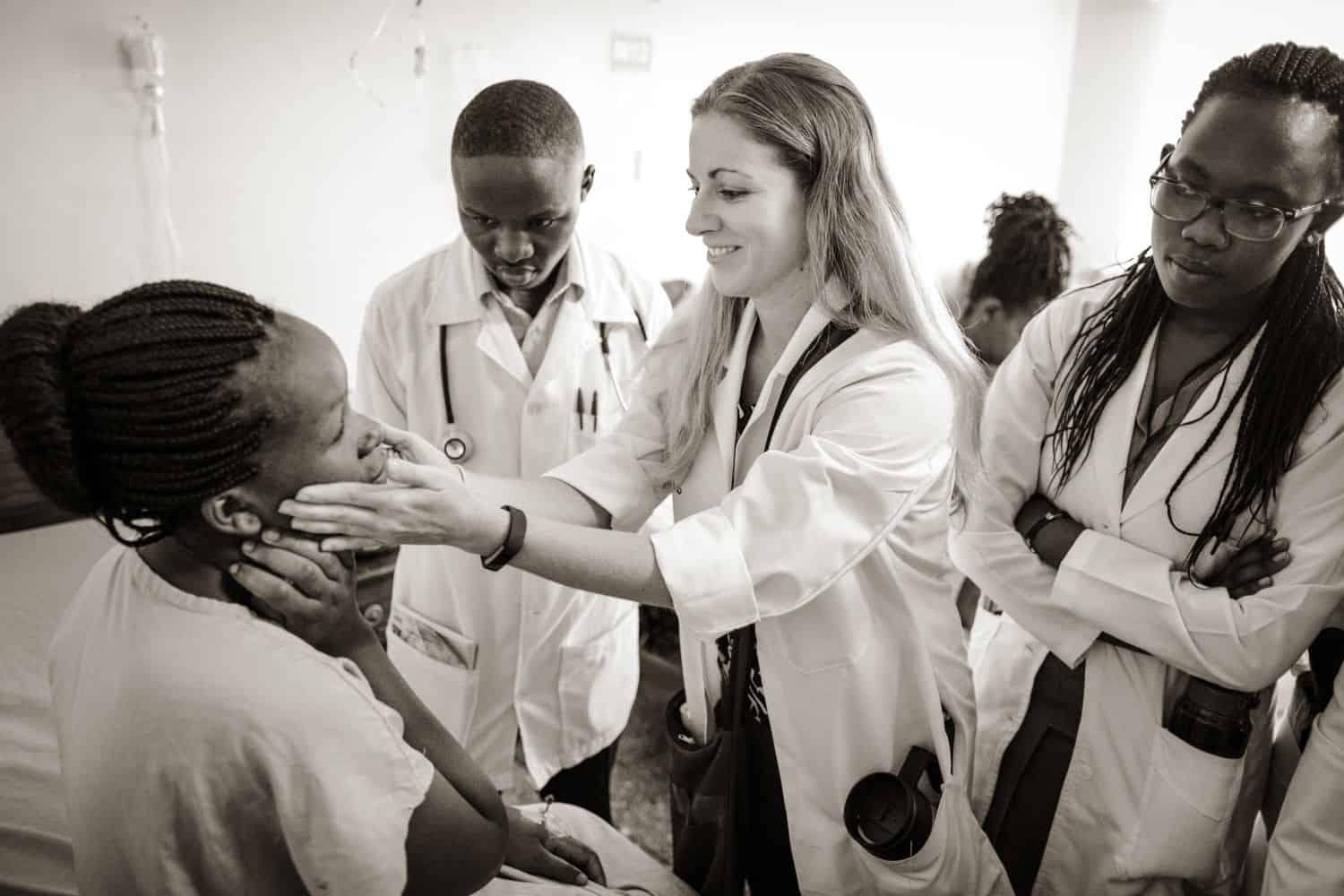 “I love it here! I really enjoy helping my Kenyan colleagues train young doctors who have a passion to go to ‘all nations’ using their skills in medicine to minister to others.”

Samantha applied to medical school and was accepted at what is now called Geisinger Commonwealth School of Medicine in Pennsylvania. The first day she watched an open-heart surgery and didn’t pass out!

Today, Samantha is serving two years in family medicine at Kijabe Hospital with our Post-Residency Program. 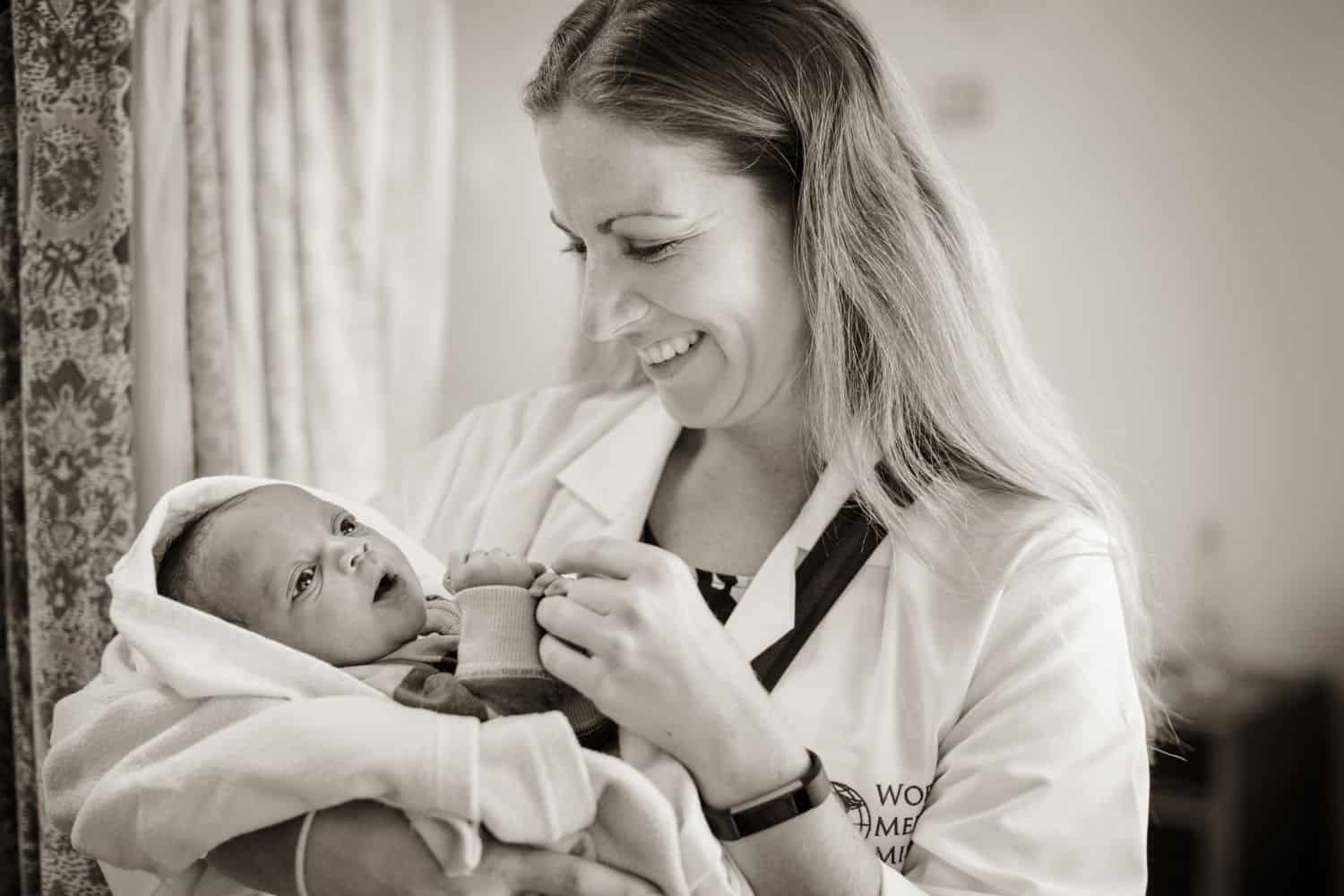 World Medical Mission places Christian physicians, dentists, and other medical professionals in short-term service as volunteers at mission hospitals and clinics in Africa, Asia, Oceania, Latin America, and the Middle East. At the end of this year, we will reach the milestone of sending out medical professionals on 10,000 volunteer trips since the start of World Medical Mission in 1977.

Your gifts are helping Samaritan’s Purse make a difference by providing medical care for the suffering. By providing preventative education and purchasing critical equipment, we are sharing God’s love by providing physical and spiritual aid around the world.

$45
Fight epidemic diseases like Ebola, by helping cover the costs of medication and protective suits
$150
Cleft Lip/Palate Surgery for 1 Patient
$450
Access to Medical Care for 1 Child